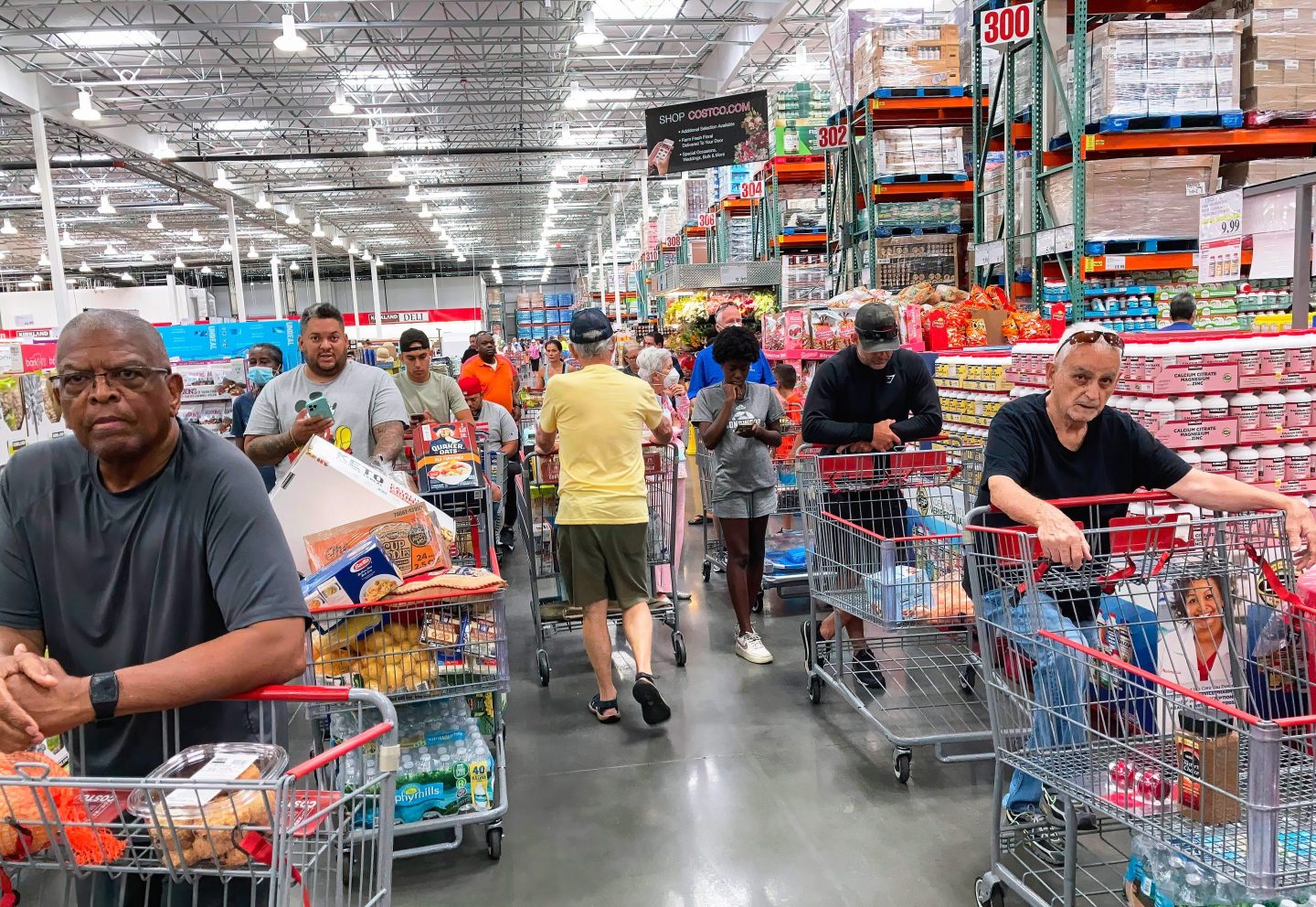 U.S. retail sales climbed in June by more than forecast in a broad advance, suggesting resilient consumer spending despite decades-high inflation and raising the prospects of an even larger Federal Reserve interest-rate hike this month.

The value of overall retail purchases increased 1%, after an upwardly revised 0.1% decline in May, Commerce Department figures showed Friday. The figures aren’t adjusted for inflation.

The median estimate in a Bloomberg survey of economists called for a 0.9% advance in overall retail sales from a month earlier.

While the figures aren’t adjusted for prices, the better-than-expected results indicate that consumer demand is holding up despite Federal Reserve policy aimed at tamping it down.

Fed officials are watching the retail sales data, along with other releases due Friday and next week, to determine whether to raise interest rates by 75 basis points at their meeting later this month, or consider a larger, 100 basis-point hike.

Traders boosted bets on a the larger-sized hike following the report, while wagering that a 75 basis-point move remained the most likely outcome.

Nine of the 13 retail categories showed increases last month, according to the report, including furniture stores, e-commerce and sporting-goods stores.

Sales at gasoline stations rose by 3.6%, following a 5.6% advance in the prior month, and driven by a surge in gas prices to more than $5 a gallon in mid-June. Prices have since fallen sharply, suggesting the figures could soften in the July data.

Even with the solid data, consumer sentiment is expected to hold at a record low in early July in data released later Friday. Economists see rising chances of a recession as the Fed raises interest rates steeply to ensure inflation gets under control.

“The June retail sales data imply there’s still enough momentum for the US economy to grow during the rest of the year as consumers find ways to cope with surging inflation, whether by dipping into savings or switching jobs… Coming broadly in line with expectations, the sales data won’t change the Fed’s current case for a 75-basis-point rate hike later this month.”

Auto sales climbed 0.8% in June, following a decline in May.

Grocery store sales rose 0.6%, which likely reflects higher prices rather than increased buying activity since the figures aren’t adjusted for inflation. Food prices, along with gas and shelter, were among the leading contributors to the CPI in June.

—With assistance from Jordan Yadoo.