The plastic elephant in Amazon’s boardroom 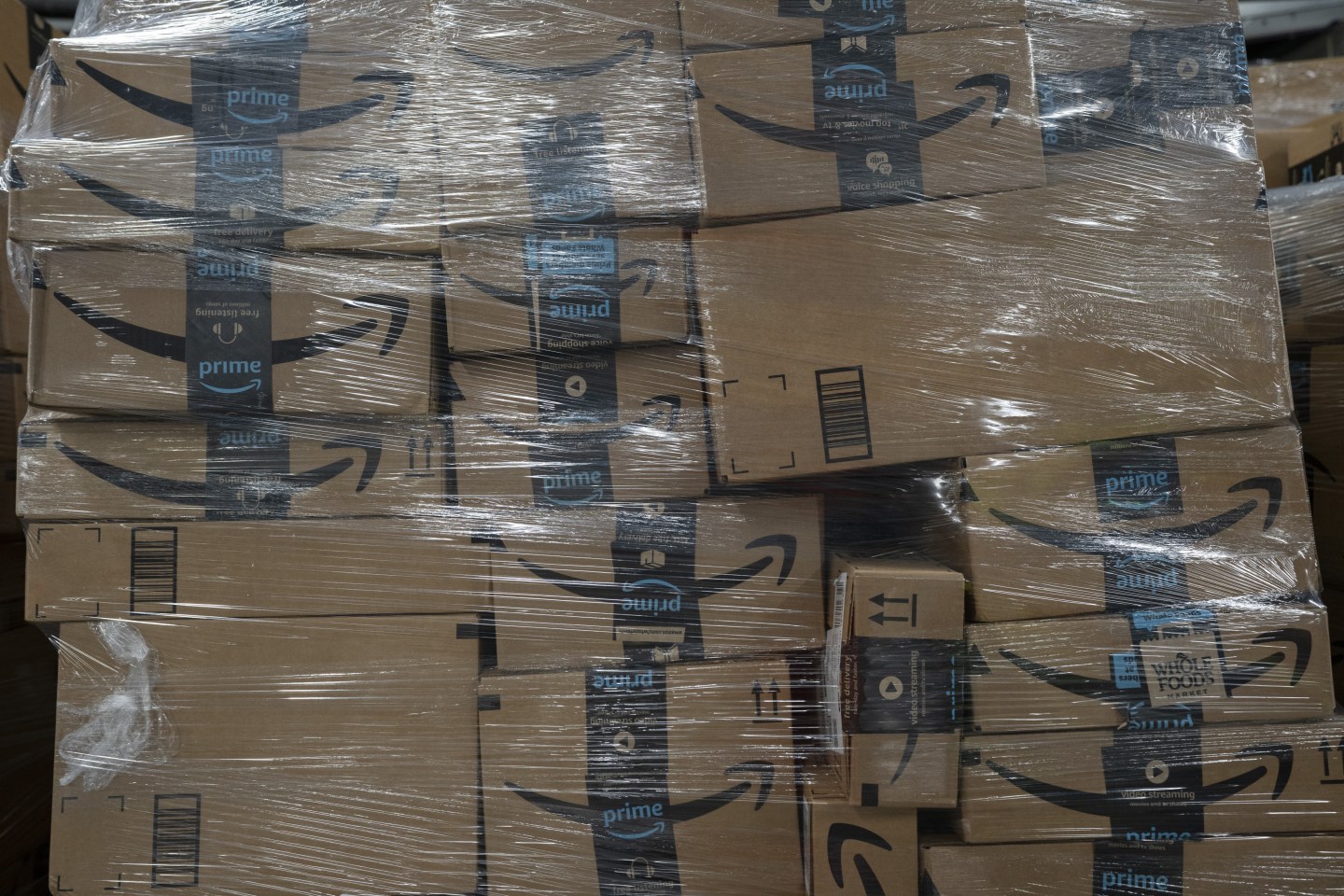 Amazon has taken significant country-level steps to reduce its reliance on single-use plastic–but the company has been reluctant to commit to a global strategy to report and reduce its use of plastic.
Melissa Lyttle—Bloomberg/Getty Images

At Amazon’s general meeting last month, more than 48% of company shares voted in support of a shareholder resolution asking the company to address its growing plastic problem, despite recommended opposition from Amazon’s board of directors, which includes Jeff Bezos, the company’s executive chair and founder.

The proposal received the most votes of a record 15 shareholder resolutions considered, and according to a review of public records held by the U.S. Securities and Exchange Commission, the most of any Amazon shareholder resolution voted on to date. The resolution, supported by over 181 million shares, received just seven percent less support than a company-backed advisory vote to increase the pay of CEO Andy Jassy and that of other top executives.

Oceana spoke to thousands of Amazon shareholders in advance of the vote on the resolution, which was filed by Oceana ally As You Sow. We had canvassers stationed at Amazon headquarters in Seattle and Arlington Virginia. We put up yard signs and street posters. We ran mobile billboards and digital ads supporting the resolution. We also reached out to major institutional shareholders, many of whom are signatories to the UN Principles for Responsible Investment (PRI) who have specifically committed to seeking disclosure on issues like plastic pollution.

What we found was very strong investor support for the company to take action, aligned with a similar sentiment we found previously among Amazon’s customers. Investors are becoming increasingly concerned about the future of our planet and aware of the reputational, regulatory, and financial risks that companies expose themselves to by not taking action on important environmental issues.

Amazon is currently the largest retailer in the world outside of China, and in this role is increasingly defining the present and future for how what we buy is packaged. Unfortunately, this present and future seem to be premised on using lots of plastic.

In 2020, Oceana estimated that the company used 599 million plastic pounds of plastic packaging which was a 29% jump up from our estimate for 2019. This is enough plastic to circle the earth several hundred times, in the form of air pillows. We also estimate–based on the best available country-level data and peer-reviewed science on rates of plastic pollution–that as much as 29 million pounds of this plastic polluted the world’s waterways and seas. This is bad news for ocean life as the plastic most commonly used by Amazon in its packaging–plastic film–has been found by ocean scientists to be one of the deadliest forms of plastic to ocean life.

Amazon disputes Oceana’s estimates but has so far failed to provide data backing up this challenge. Most importantly, the company refuses to commit to reporting on and reducing its plastic packaging footprint, as it has on its carbon footprint. Amazon has instead offered up a steady stream of nice-sounding anecdotes about plastic use that don’t add up to much. The company has issued statements saying that it’s  committed to eliminating more than “25,000 pounds of new plastic each year” and they are “engaged in efforts to support the development of recycling infrastructure.” Almost none of Amazon’s plastic packaging (made from both recycled and new plastic) is accepted by local curbside recycling programs (as the company notes in its sustainability report). These anecdotes will, unfortunately, not do much to reduce plastic pollution or help the oceans.

Amazon’s reluctance to adopt a global strategy to address its use of plastic is head-scratching because the company has taken significant steps at a country level to reduce single-use plastic. Last year, for example,  it committed to stop using single-use plastic packaging in Germany, the company’s second-biggest market, following a similar commitment to do so in India. Amazon has only promoted this decision in Germany and made no mention of this major decision in its proxy statement. The company has also developed a lightweight paper mailer and has committed to no longer using “mixed paper and plastic mailers” across North America by the end of 2022. Amazon is one of the most innovative companies on the planet. It has shown that it can replace and reduce its use of plastic packaging.

We are hopeful that Mr. Bezos and company leaders will decide–based on the result of the vote on the resolution–to listen to their shareholders and make a company-wide plan for reporting and reducing its plastic packaging footprint. The oceans, and the company’s investors, will thank them for doing so.

Matt Littlejohn is a member of Oceana’s executive committee.