Why Biden can’t build back better 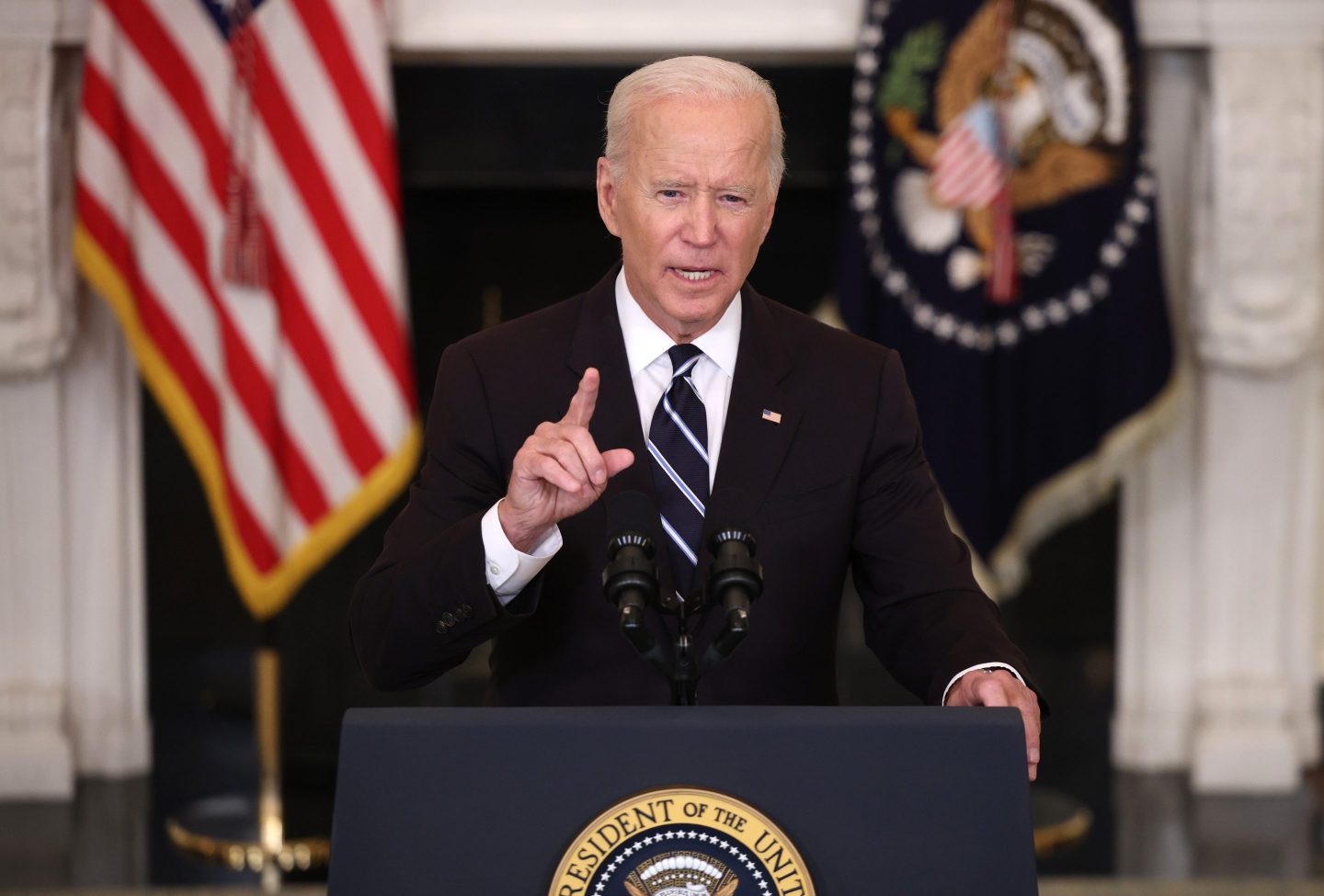 Why can’t President Biden get his popular economic agenda over the finish line? It can’t all be pinned on a few obstructionist senators and one unelected parliamentarian.

We must grapple with reality: Powerful corporate interests dominate our public policy. It’s a predictable outcome after 70 years of the systematic erosion of unions–a key democratic tool for working people–and Democrats’ decades-long drift away from Labor.

To deliver a working-class agenda, Democrats must empower the working class. After all, only masses of organized people can beat organized money, and Democrats would do well to remember the centrality of peoplepower in a democracy.

America grew the world’s largest middle class–and passed our most transformative policies–when unions were strongest. FDR’s New Deal and LBJ’s Great Society required organized worker power pushing elected leaders forward and tipping the scales against those vested in the status quo. However, over the past half-century, each time Democrats controlled the White House and Congress, union efforts to overhaul labor laws fell victim to corporate opposition.

Recently, the White House’s Task Force on Worker Organizing and Empowerment released a blueprint for the federal government to increase union participation. The report contains good ideas—ideas that have been gathering dust since 2009 when I joined labor activists at White House meetings with then-vice president Biden. He’d been given the labor portfolio by President Obama, and we urged him to use every tool at the administration’s disposal to raise wages and empower workers to join unions.

Without outside pressure, these ideas remained ideas. By 2013, I began leading thousands of striking workers at the Capitol, Pentagon, and other federal buildings to publicly pressure the administration to Fight for $15 and a Union. Last month, after nearly a decade of protests, President Biden’s executive order for a $15 minimum wage for federal contractors kicked in.

Now, it’s time to take action on the union part.

Which side are you on?

The ravages of COVID have caused mass resignations, strike waves, and union drives among frontline and essential workers. It’s no coincidence union favorability has climbed to 68% (90% percent among Democrats), the highest since 1965. Workers are fighting back–but having a true ally in the Democratic Party could turn the tide.

Under both parties, and now under Biden, big business has been chipping away at labor strength. Union membership now sits at an all-time low of 10.3%, and just 6.1% in the private sector. Even before the pandemic, half of nonunion workers said they’d join a union if they could–but the path to formal union recognition and bargaining is torturous.

Biden has the power to help reverse these trends and answer the question: “Which side are you on?” He came into office on the promise of an FDR presidency, but is he willing to welcome pressure from below or welcome the hatred of “economic royalists” as FDR did?

Biden supports the PRO Act (Protecting the Right to Organize), which would significantly enhance the power of workers to unionize and bargain collectively. Now stalled in the Senate, he could use the bully pulpit to rally the base and push for a filibuster exception to get the bill to his desk. The president also has the power to enact major pieces of the PRO Act through executive order.

Democrats have an opportunity to lead on labor and begin to regain the trust of working-class Americans by showing real solidarity, instead of merely repeating rhetoric. American workers have been pushed too far to stomach more empty words after forty years of wage stagnation despite a rise in productivity, cost of living, and gains for the wealthy.

Republicans understand the role of labor in pushing electoral and policy programs. Once in office, they target their opponents and suppress labor. Like former Wisconsin Gov. Scott Walker, Glenn Youngkin barely warmed the governors’ seat in Virginia before pushing to repeal mandates for project labor on public works and collective bargaining for public employees.

Republicans don’t have to choose between the donors and their base, who embrace antipolitics and reject any government action beyond cutting taxes for the wealthy. If Democrats actually want to advance policy, they must build structuralized power in a politically capable base.

Americans feel powerless against elite forces blocking the proper channels to affect change. Legislation to shift economic and political power to working people is consistently mangled or killed. Many are losing faith in democracy as a mechanism to deliver solutions for their lives. Polls show Americans’ trust in government at 29%, Biden’s approval rating at 41%, and those who identify as Democrats at 28% percent.

Democrats need solidarity with unions. Not only do they foster political literacy and engagement, but they’re also critical to a functioning democracy. It’s short-sighted to forfeit working-class voters to Republicans, who capitalize on feelings of betrayal with false populism and culture wars.

Serving working people (the majority) is not just the duty of elected leaders, it’s Democrats’ best shot. Help the people build back better.

Joseph Geevarghese is the executive director of Our Revolution and the former leader of Good Jobs Nation, a labor rights organization.