How the European gas market fuels Putin’s obsession with Ukraine 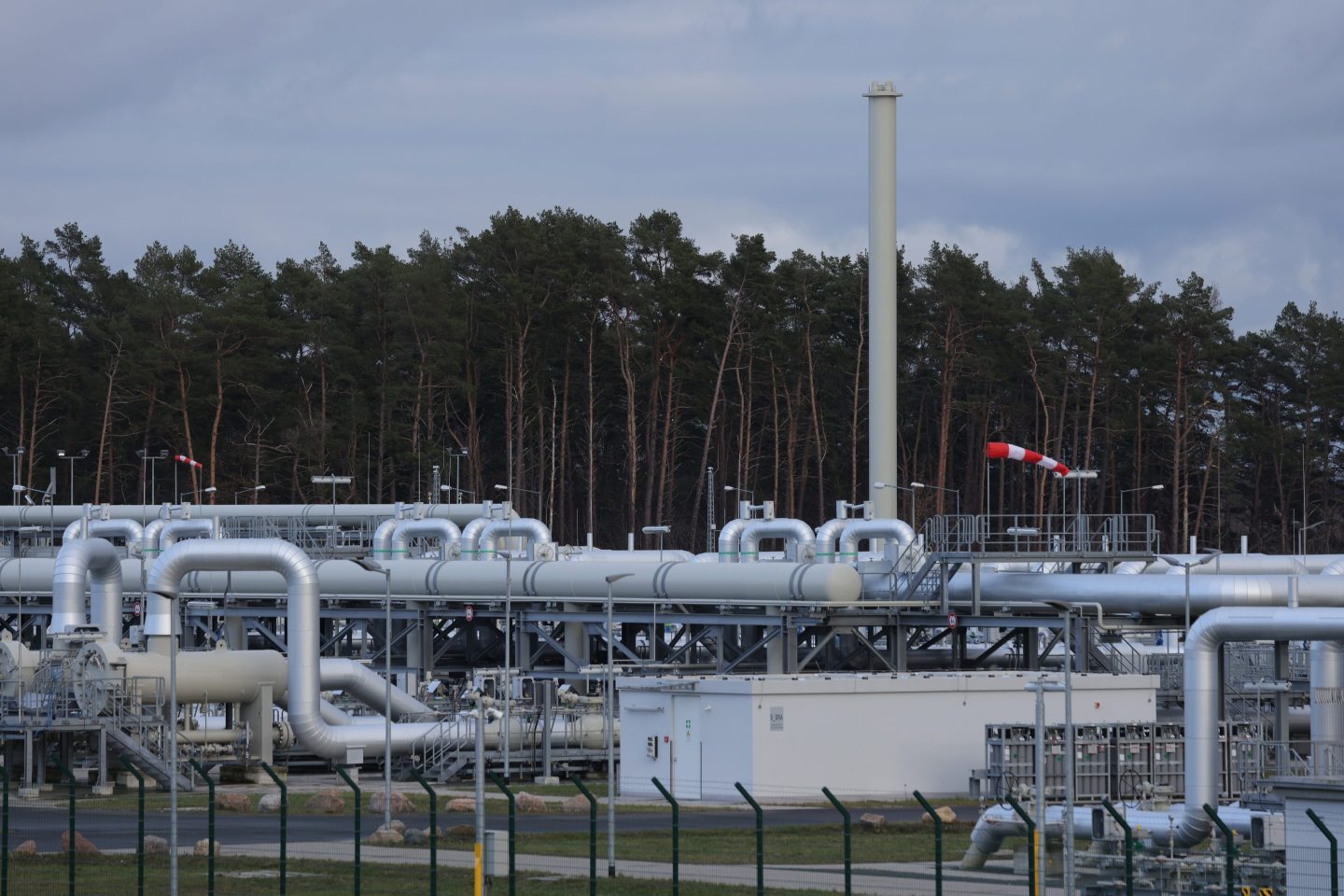 Thane Gustafson, author of “Klimat: Russia in the Age of Climate Change,” talks about the energy dimensions of Russia’s continual focus on Ukraine.
Sean Gallup—Getty Images

Questions abound over Russia’s intentions in Ukraine. Why does Moscow seem so apparently bent on military intervention, when it is obviously so contrary to Russia’s long-term interests?

Will an escalation push Putin to shut off the supply of natural gas to Europe?

The Russian leader is typically portrayed as a cautious chess player, appraising every move carefully before he acts. But he is also a highly emotional man, whose resentments have sometimes prevailed over his judgment.

Putin has been focused on Ukraine since he came to power in 2000. Several times he thought that he’d succeeded in reeling Ukraine back into Russia’s sphere of influence, only for the territory to escape from his grasp—first in the Orange Revolution of 2004, and then Euromaidan in 2013. Putin has been left with only Crimea and the two breakaway provinces of the Donbas as meagre consolation prizes.

Vladimir Putin’s patience is wearing thin. Ukraine’s new president, Volodymyr Zelensky, is unremittingly hostile to Russia, and he continues to lay the groundwork for an application to join NATO. The military conflict over the Donbas is no closer to a political settlement now compared with when it began eight years ago.

Natural gas is a recurring theme amidst Putin’s resentment over Ukraine. When the Soviet Union dissolved at the end of 1991, Russia inherited the world’s largest gas reserves, but Ukraine inherited the pipelines. The two countries have been at odds ever since, even leading to gas cutoffs in 2006 and 2009.

In the mid-2000s, the Russians began investing in a new generation of gas fields, based around the Yamal Peninsula of Russia’s Far North, and five new pipelines to Europe, with the aim of bypassing Ukraine. The infamous Nord Stream 2 pipeline is the last of the series. As a result, Ukraine has been nearly cut out of the transit business.

Russia might have thought that it had ensured the security of its European gas market for a long time to come. However, the EU’s single market upended the European gas and power business. The companies Russia was accustomed to dealing with disappeared. Tight EU competition rules, such as “unbundling” (which forbids a company to own both the gas and the pipeline), increasingly block Russia from exerting monopoly power.

Most gas in Europe is now sold at spot prices on trading hubs. If we look past this year’s price spike (driven largely by short-term causes), the long-term consequence is likely to be that the supplier—Russia—will bear more of the risk on both price and volume.

Russia fought the new rules tooth and nail, yet finally had to yield. But now, Ukraine is also adopting the European model of gas trade. Even if the Russians wanted to continue shipping gas through Ukraine, they would have to do so by European rules. This “Europeanization” of Ukraine is precisely what Putin is determined to prevent.

Gas is only a pawn in this larger fight over two visions of security and power—the West’s and Russia’s—with Ukraine in the crossfire. If Putin resorts to force, but then encounters pushback from the West or unexpected resistance from Ukraine, an obvious way to escalate would be to shut off the gas again.

There are two ways this might happen. The first—and milder—option would be to shut off the remaining export volumes through Ukraine, currently running at about 100 million cubic meters per day. The loss of transit revenue would be a blow to the Ukrainian economy, but Europe would be only passingly affected.

The second, far more serious option would be to shut down the Nord Stream 1 pipeline, which runs under the Baltic Sea to northern Germany. The pipeline is currently operating at full capacity, or 150 million cubic meters per day. This would be a blow aimed not just at Ukraine, but at Germany as well. Given present turmoil in the European gas and power market, the short-term result would be considerable economic disruption.

Does Putin seriously believe these actions would achieve his strategic aims? Any short-term gain would be far outweighed by longer-term losses. The Ukrainian people have already been alienated from Russia. Russia’s technology and trade would be even more constrained by sanctions. Any chance of negotiating a new security regime in Europe would be dead for a generation.

Most important, Russia’s gas business in Europe would be doomed.

As the world now tries to guess the Kremlin’s next move, which Putin will prevail? The careful chess player, or the vengeful man of anger?

Thane Gustafson is professor of government at Georgetown University in Washington, D.C. His two most recent books are The Bridge: Natural Gas in a Redivided Europe (2020) and Klimat: Russia in the Age of Climate Change (2021), both with Harvard University Press.