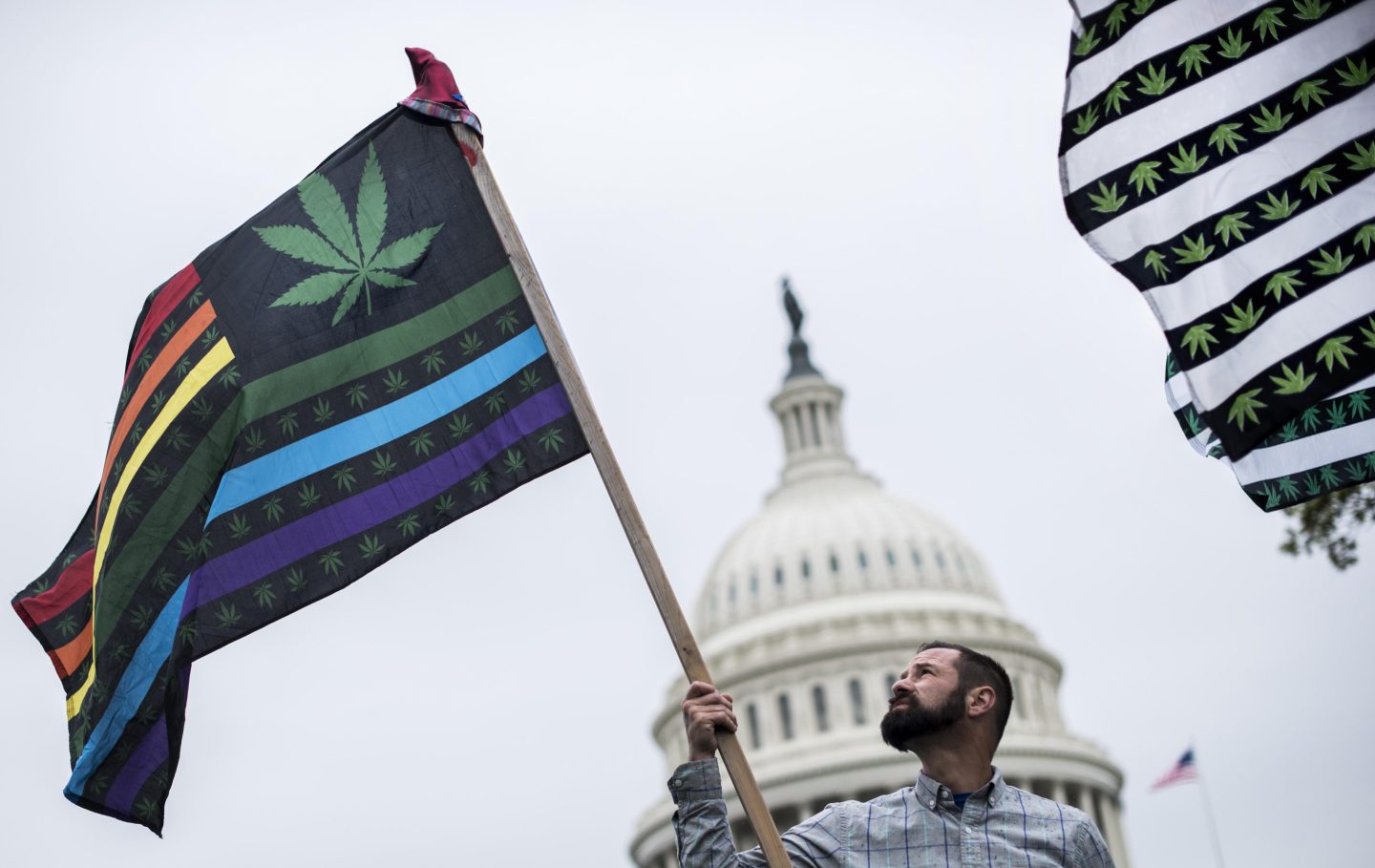 You may have noticed both U.S. political parties are currently haunted. The apparitions? Ghosts of elections past.

For Republicans, the specter of 2020 has been very publicly conjured by a presidential candidate who will not admit defeat. Meanwhile, Democrats are more quietly suffering visions from 2010, when the passage of the Affordable Care Act, a historic yet complex technocratic achievement—much like the recent infrastructure bill—was followed closely by devastating midterm losses.

As it stands today, Republicans are doing the better job of exorcising their electoral demons, with Glenn Youngkin’s victory in Virginia as perhaps the most stunning example. The challenge now is President Biden’s, to deliver a common sense, easy-to-understand victory for the American people in time for 2022. He has a clear opportunity in cannabis legislation.

If we could, like Ebenezer Scrooge from A Christmas Carol, make phantom visits to the dinner tables of present-day voters, we would see how average Americans are struggling with the contradictions of today’s cannabis policies.

We’d hear the confusion. How can nearly half the U.S. population live in states with legal access to cannabis, while 66 million Americans still suffer the enduring consequences of cannabis-related arrest records?

We’d hear the frustration. Why can a seriously ill individual get relief from medical cannabis at home, but not legally take their medical supply on holiday to one of the remaining restrictive states? With Alabama recently becoming the 36th state to permit medical cannabis, why can’t the nation admit the debate is essentially over?

We’d hear the outrage. How can this nation continue to tolerate the impacts of unfairly targeted cannabis enforcement, which falls heavily on people of color and undermines their employment, education, and housing opportunities—often forever?

But mostly, we’d hear the anger at Washington. Why can’t leaders deliver a rational, consistent, nationwide cannabis policy? Why the constant gridlock? Why the harmful holdup? Both parties would be rewarded for achieving cannabis reform.

The current political calculus overwhelmingly favors cannabis legalization. Public support is at a five-year high and is no longer limited to the left of center. Today, more than half of Republicans back cannabis reform. In 2020, voters in red Montana and purple Arizona approved ballot measures allowing recreational use, making cannabis fully legal in a majority of states.

In 2022, all eyes will be on the U.S. Senate, where Senators Cory Booker, Ron Wyden, and Chuck Schumer are expected to introduce the Cannabis Administration and Opportunity Act. Bipartisan compromise is truly possible.

Reaching this compromise is in both parties’ interests, too. Democrats, starting with President Biden, must lead on cannabis policy or risk ceding the very real voter enthusiasm it inspires to more libertarian voices. Republicans sense the opportunity in freedom-laced arguments for cannabis reform. Incumbents, especially those in moderate states and districts, are eager to seize the issue as their own.

These forces may soon converge to push sensible, bipartisan cannabis reform legislation through an otherwise divided Congress. Such a once-in-a-generation accomplishment would advance social equity, create millions of jobs, and generate billions in federal taxes that could be invested in programs to help families, veterans, communities of color, and small businesses through the rest of the COVID-19 pandemic and beyond.

David Culver is vice president of global government relations for Canopy Growth Corp. and a board member of the U.S. Cannabis Council.