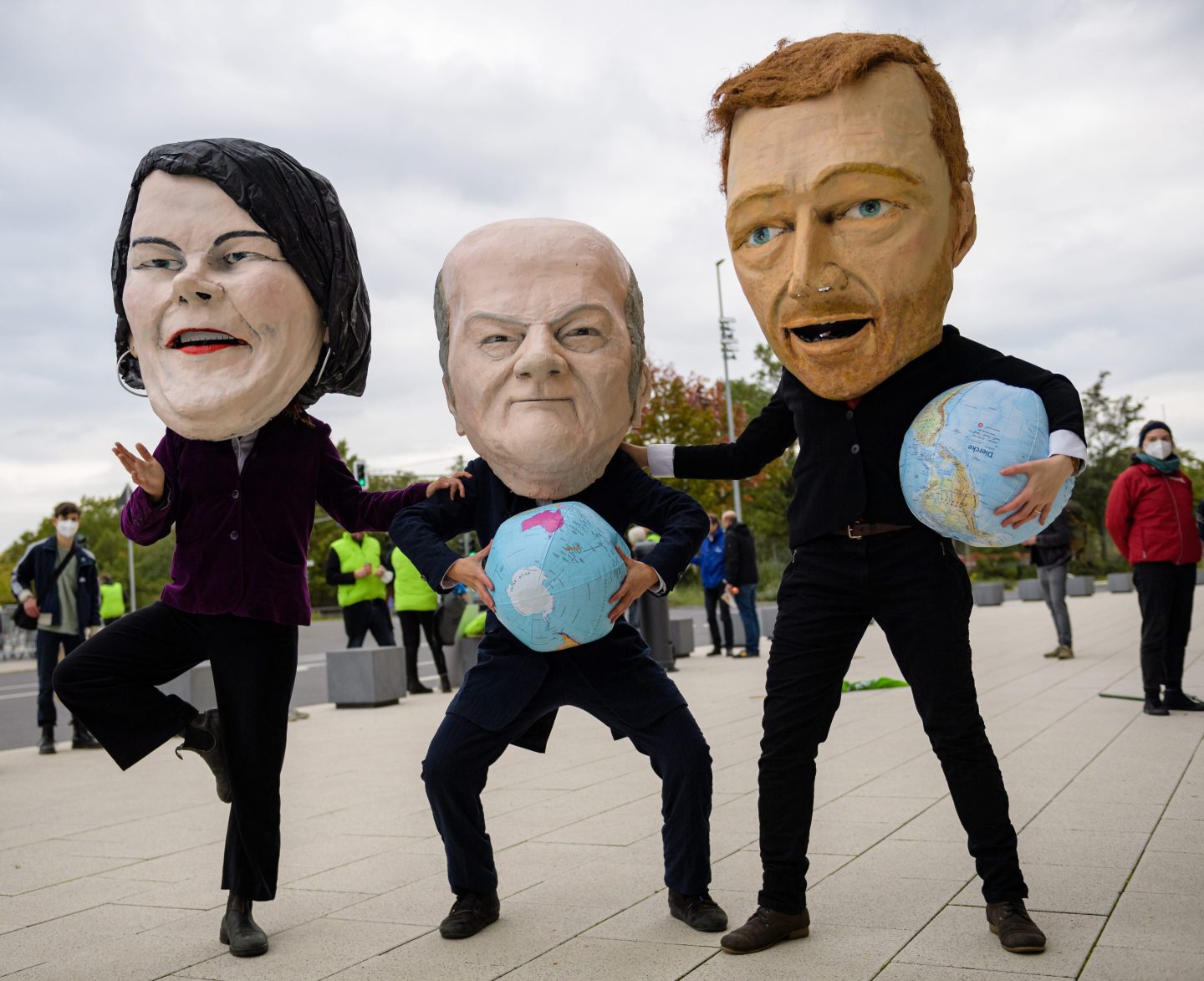 This week a new government will take office in Berlin. After 16 years at the helm, Chancellor Angela Merkel will step down and her center-right Christian Democrats will go into the opposition. This transition marks the end of an era—but will we see a fundamental shift in Germany?

A “traffic light coalition” will make up the new center-left government: the Social Democrats, the pro-business Free Democrats, and the Greens. Judging from their coalition agreement, we will see both continuity and change. Social Democrat Olaf Scholz, who will lead the government, personifies this.

The Social Democrats were the junior partner to Merkel’s Christian Democrats during three of her four terms in office. Having served as finance minister in Chancellor Merkel’s Grand Coalition between the Christian Democrats and the Social Democrats for the past four years, Scholz was the candidate who offered voters the greatest stability. But, together with his coalition partners, he will be eager to set a different tone as he tackles pressing domestic and global challenges. Climate change, the economy, housing, an increase in the minimum wage, and of course the pandemic response played a central role in the electoral campaign.

The result is a 177-page document that sheds light on the new coalition’s positions and policies for the next four years. The Koalitionsvertrag focuses on Germany’s renewal and underscores the importance of freedom, equity, and sustainability. The three parties agree on the need to prepare Germany for the future by investing in infrastructure, reducing the dependence on fossil fuels, and promoting a more inclusive society.

The parties want to facilitate structural change by cutting administrative red tape to ensure that renewables account for 80% of Germany’s gross electricity needs by 2030. As vice-chancellor and minister of economic affairs and climate protection, the Green Robert Habeck may seek to increase government spending to ensure that real “energy transition” finally takes place. However, his Free Democrat counterpart Christian Lindner, who will serve as vice-chancellor and finance minister, may have other ideas, preferring to lower taxes with a more free-market approach.

In the agreement, the parties stress that Germany has a “special responsibility” to serve Europe and call on Brussels to take a tougher stance on countries like Poland and Hungary regarding rule of law. On European debt, the coalition agreement finds a balance between the more conservative fiscal views of the Free Democrats and the more reform-oriented approach of the two other parties. They agreed to strengthen the EU’s economic and monetary union, such as by completing the banking union under certain conditions, and also to support a reform of the Stability and Growth Pact, “to ensure growth, maintain debt sustainability, and ensure sustainable and climate-friendly investments.”

In terms of security and defense, the agreement addresses the need for Europe to strengthen its military capability by calling for “increased cooperation between national armies of EU members willing to integrate, especially in training, capabilities, operations, and equipment.” It even supports the procurement of armed drones for the military. But in the coalition document, the partners do not make a firm commitment to meeting the NATO pledge of raising defense spending to 2% of GDP.

With regard to China and Russia, we can anticipate a more hawkish position from Berlin. The Green’s candidate for chancellor and the new foreign minister, Annalena Baerbock, has already signaled a more confrontational course with China and Russia. The coalition partners also agree that the EU’s investment deal with China—which was pushed through by Merkel almost a year ago during the last few weeks of Germany’s presidency of the European Council–can’t be ratified at this stage.

Each of the coalition partners has reaffirmed a strong commitment to transatlantic relations, with the agreement noting that “the transatlantic partnership and friendship with the United States are a central pillar of our international action.”

However, in Berlin, there are questions as to how reliable a partner the U.S. will be, given its domestic priorities and possible policy changes under future administrations. In the short term, progress is likely to be made on the EU-U.S. Trade and Technology Council, and there may even be greater alignment with the U.S. on China policy.

To craft a coalition agreement, the parties had to build consensus and reach a compromise. The resulting document establishes a framework for positions to be taken by the coalition partners. But in the course of governing, new crises will emerge, and unanticipated events will occur as was very much the case during Angela Merkel’s 16 years in office. These will be the true test of how aligned the three parties really are.

Steven E. Sokol is the president of the American Council on Germany in New York.