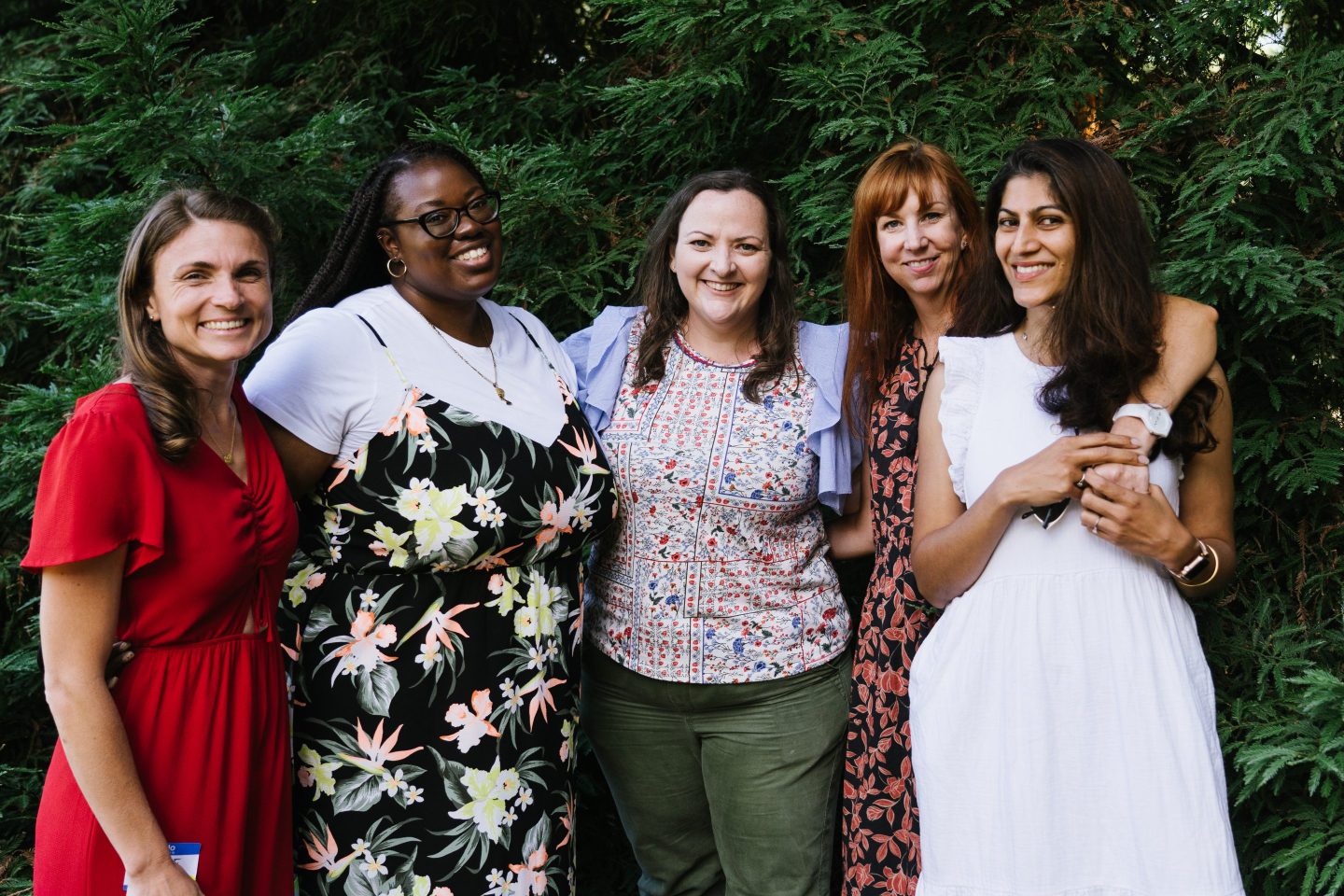 I have two daughters, ages 5 and 2. One day, Dora and Ruth are going to head to college. I picture them walking into their senior year job fair, moving from stall to stall to meet prospective employers just like I once did. Who will those companies be? Who will be their leaders? What technology will they build? What will it be like to work there? Will they give my girls a fair wage and a fair shot? Will they feel safe at the office? Will they grow and thrive?

I don’t know what companies will be there, but I know they are the startups of today. And venture capital is the fuel that will take them from two friends in a basement to publicly listed companies in the next two decades. Venture capital is their ticket to present at my daughters’ future job fair. And today, less than 3% of that capital is invested in women.

That’s why I raised a VC fund. Because one day, when Dora and Ruth walk into a job fair, I want half the companies there to be led by women like us. So I’m going to invest in their seed rounds.

Raising a VC fund is incredibly hard for anyone. For someone like me it’s close to impossible. A recent report describes why: “Historically, (founder to professional venture capitalist to fund manager) has been the only path available, unless you have easy access to high net worth individuals.”

I have never worked in venture capital. And the majority of my network is not high net worth.

I am a Costa Rican immigrant and a mom to small kids who doesn’t have full-time help at home. Industrywide, less than 1% of illiquid assets are managed by women. Less than 10% of all VC partners are women. I can count with one hand the number of Latinas who have launched their own VC fund. Those were my odds of success.

I had one big thing going for me—I led Graham & Walker, the company that up until today was known as Female Founders Alliance. Starting in 2017, we turned a 25-person Facebook group into a 25,000-strong national network of powerhouses. We connect thousands of startups with VC funds and angel investors. We operate the most selective accelerator for women in the country. We do it with corporate partners who ensure our programs are free to founders.

In other words, I built the foundation of a VC fund before raising the capital for it. And I knew my thesis was strong. It’s about a giant pool of talent disconnected from mainstream venture capital, but statistically proven to outperform the norm. An arbitrage opportunity if I ever saw one.

If you’re curious what it’s like to raise a VC fund, let me fill you in. It took two years from the moment I started the slide deck to the day we closed. Two years that included huge economic uncertainty, a grueling election, an insurrection, a national reckoning on racism, and of course the global pandemic. My husband and I both held demanding jobs while effectively running an at-home day care for months. My youngest, who was 9 months old when lockdown started, was on my lap for so many pitch meetings that we started calling her “Ruth, the closer.”

One step at a time, one day at a time, one commitment at a time, I closed $10 million in capital from 105 limited partners (LPs), two-thirds of whom are women, one-third people of color, and 40% first-time fund investors. I’m told it’s unusual for a VC leader to express gratitude to their LPs, because it tilts the power balance against you. I don’t care about that. I am unequivocally grateful to each and every one of these LPs. Because of them, now I get to invest that money in companies that will reshape the Nasdaq and the New York Stock Exchange by the time my daughters graduate from college.

In this journey I’ve met with hundreds of women, and we all have a similar story. At some point in your career, you realized you’re having a different professional experience due to elements of your identity that you can’t control. Traditional career advice doesn’t help when you work in a system that is not designed for someone like you to succeed. This is the core of Graham & Walker: activating the potential of women today, to build a future where anyone can succeed.

And while our investing focus is on women, our work and community are multidimensionally inclusive, and our vision of the future is for the benefit of everyone. For the little boys who will grow up to be absent fathers because they have to be seen at their desk at all hours. For the kids from the wrong side of town who will never get the chance to build generational wealth. For everyone who doesn’t feel like they fit in because of who they are—because of skin color, country of origin, sexual orientation, gender identity, religion, accent, mental or physical ability, or any other part of you that you can’t control. If Silicon Valley was made by misfits, my vision of the future is for the new misfits. Which, by the way, is most of us.

I raised a venture capital fund because one day, Dora and Ruth are going to walk into a job fair. Your kids will be there too. Let’s build that job fair together.

Leslie Feinzaig is founder and managing director, Graham & Walker, a venture firm that activates the potential of all women in business through programs, community, and early stage capital investments.