Pay streaming is about to upend salaries as we know them 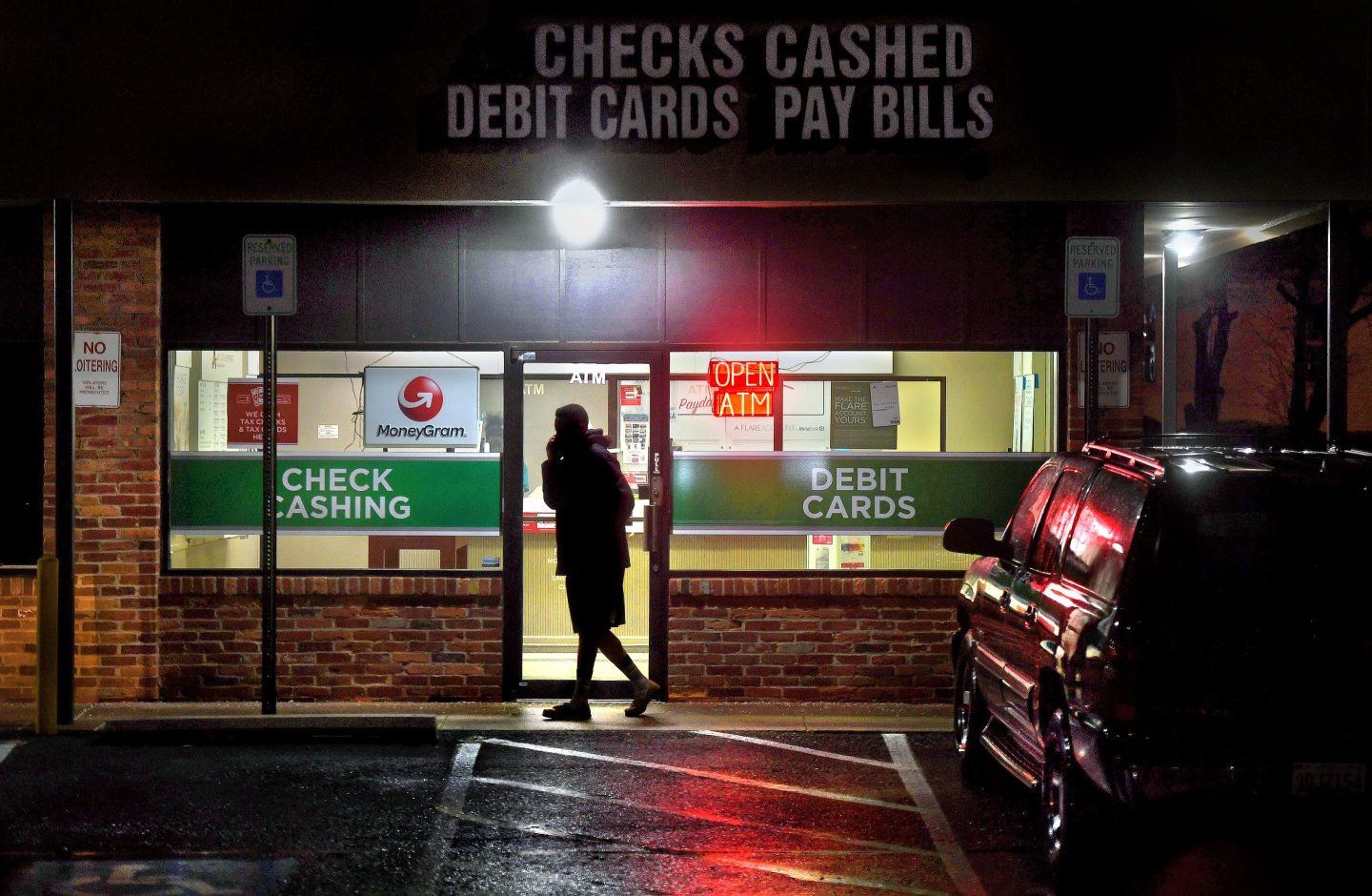 Technology has impacted just about every single aspect of our lives, but one element has remained stagnant: when people get paid.

Tied to the antiquated 2-4 week pay cycle, millions of Americans live paycheck to paycheck. Nearly half (42%) of U.S. full-time workers find it hard to meet household expenses on time each month, a recent survey showed. That means if an unexpected expense occurs, like a car repair, many people are forced to carry high-interest credit card debt or succumb to payday loans, which carry upwards of 300% interest. Alarmingly, there are now more payday loan storefronts in the U.S. than McDonald’s franchises.

Now, imagine a world where daily wages that rightfully belong to the worker stream automatically into their wallets. Streaming pay brings this concept to life: Wages will flow into the worker’s wallet as they are earned. Just as Netflix empowers consumers to watch what they want, when they want, streaming pay will empower workers to spend or invest what they want, when they want. In the same way that disruptive ideas forced cable companies to change the way they do business, streaming pay will force companies to focus on payroll innovation and advocate for employees’ financial wellness like never before.

On any day, EY estimates $1 trillion is locked up in payroll systems across the U.S. and several dozen other leading economies.

With streaming pay, employers have a huge opportunity to provide workers access to increased liquidity. By opening up this massive amount of earned wages to employees, they can “create meaningful societal utility at limited frictional cost,” EY states.

For employees, streaming pay gives them more control over their finances. Some will invest wages sooner, getting the benefit of the “float” that currently rests with employers. Others will have the means to pay for unexpected expenses, potentially avoiding high-interest debt.

Globally, 70% of workers are paid monthly or every two weeks, EY research shows. A recent Harris Poll study, commissioned by Ceridian, found that workers, especially Millennials and Gen Xer’s, are done with that paradigm.

Instead, eight in 10 U.S. workers between the ages of 18-44 prefer to have their pay automatically streamed into their accounts as they are earned, Harris found. More than eight in 10 workers responded that they’d take a job with an employer that provides access to earned wages on demand at no cost to them, over an employer that does not.

When we layer in the fact that Gen Z is set to be the largest group of consumers in the U.S. by 2026, these numbers highlight that real-time access to earned wages will not only be a competitive differentiator for companies, but also a future requirement, if they want to attract and retain top talent.

Employees are in the driver’s seat

Looking ahead, the adoption of streaming pay across industries will be fueled by workers.

The pandemic accelerated a shift in the relationship between worker and employer. Employees, who adapted to remote work, are now demanding more benefits like financial wellness tools to strike a better work-life balance.

Offering these benefits will positively impact the workplace. Recently, PwC found that workers whose financial stress has increased due to the pandemic were nearly four times as likely to admit their finances are a distraction at work. EY estimates that 20% of employee turnover is attributable to financial stress.

This distress is costing employers in the U.S. and the U.K. $300 billion a year. Streaming pay can reduce that cost, without adding appreciable costs to the company’s bottom line.

With the capability to continuously and correctly calculate earned wages in a tax-compliant way, Dayforce Wallet, a pioneering on-demand pay solution from Ceridian, allows workers to claim their earned wages at the end of each workday.

As the workforce of tomorrow becomes more fluid, borderless, and always on, we see a market that is ripe for payroll disruption. On-demand pay, now offered by an emerging number of companies, will no doubt grow, and streaming pay will follow.

While on-demand pay got the industry to start asking questions, streaming pay will break the paycheck-to-paycheck cycle, giving financial freedom to millions. It’s time for employers to stand up and provide employees with the financial flexibility that they deserve.

David Ossip is the chair and CEO of Ceridian