To elevate Black talent, employers must reimagine how they hire and promote 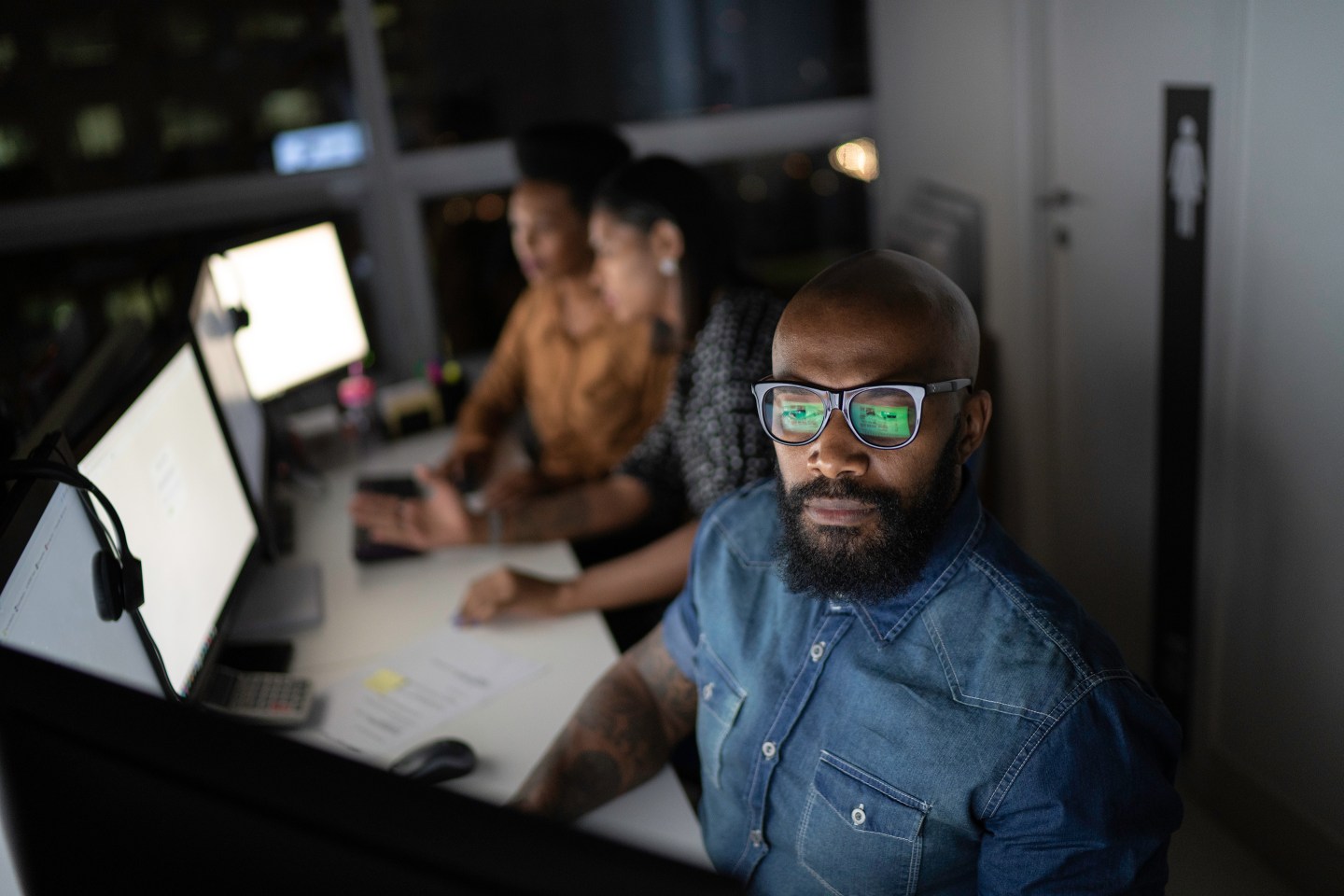 "When companies require a four-year degree," the authors write, "they screen out more than two-thirds of today’s Black workers for a wide range of jobs that pay a family-sustaining wage."
Getty Images

Despite an all-time high of 10.9 million job openings, the fact that nearly 50% of U.S. workers are seeking career changes, and the struggles of many employers to fill positions, Black unemployment still rose in August, with twice as many Black Americans looking for work than were hired. This disappointing news is another sign of persistent racial disparities in employment. It’s also a sign of a missed talent opportunity for U.S. companies—and it’s something employers have the power to change.

We were both raised in Black families of moderate means, and over the course of our careers we’ve seen the many forms that talent, skills, and potential can take. We believe companies have overlooked Black talent at every level, at a high cost to Black communities, the American economy, and companies’ bottom lines.

Don’t get us wrong, worthwhile efforts have been made, especially in the past 15 months. Many companies have boosted their recruiting from Historically Black Colleges and Universities (HBCUs) or their investments in K-12 STEM education. While these efforts are important, they overlook a far larger pipeline of skilled Black talent already active in the workforce. When companies require a four-year degree, they screen out more than two-thirds of today’s Black workers for a wide range of jobs that pay a family-sustaining wage without even assessing the skills that could qualify them for those roles.

While there is no silver bullet to solve the problem of sourcing Black talent at scale—yet—companies can start by paying more attention to the millions of Black workers they’re not tapping into simply because they lack a four-year degree. By prioritizing skills, companies create greater access to jobs and expand their talent pipeline. Of the 16.4 million Black workers currently active in the labor market, over 10 million have acquired relevant skills through routes like military service, certificate programs, community colleges, and on-the-job experience. Currently, these workers are left behind—despite being qualified for higher-paying jobs. With a focus on skills, companies can add millions of high-potential workers to their Black talent pipeline.

But how can companies determine who has the right skills for today’s higher-paying jobs? A comprehensive analysis by Opportunity@Work of “skills distance” among jobs shows that millions of Black talent without four-year degrees already have skills for better paid, in-demand roles. For example, customer service representatives hone in on active listening and problem-solving skills to succeed at a job with $16/hour median pay. Those same skills map closely to skills required for sales representatives, customer service managers and human resource specialists, all of which pay considerably better. This is not just theoretical; data on 130 million U.S. job transitions over a decade show that tens of thousands of workers have made similar transitions from customer service or administrative support roles to these higher-paying roles.

As OneTen co-chair and former IBM CEO Ginni Rometty points out, this is just as true for jobs like software engineers, cloud programmers, cyber security analysts, robotics technicians, supply chain managers, financial operations, health care positions, and many more. Whether you call this pool Black talent without four-year degrees or Black STARs (“skilled through alternative routes”), one thing is clear: These workers are not “unconventional” or “non-traditional.” They are the majority, they are extraordinary and they have been needlessly excluded from both opportunities and advancement for far too long. Many already work for companies struggling to find skilled talent in an increasingly competitive marketplace.

The good news is that many companies are already starting to think differently about their recruiting and hiring ecosystem. We know, because the two organizations we lead work closely with many of these employers, from CEOs to hiring managers and HR teams. It takes serious work for companies to adopt a skills-first approach to hiring and advancement, but organizations like Opportunity@Work and OneTen, which have the data to prove its value and a model to scale such efforts, are taking on the challenge.

But this work can’t be done in a vacuum. Above all, it takes sustained leadership to both remove barriers and invest in training. The CEOs of more than 50 leading U.S. corporations have committed to OneTen’s mission to upskill, hire, and promote one million Black individuals who do not have a four-year degree over the next 10 years, elevating them into in-demand jobs with opportunities for advancement. Through these efforts, they are working to eliminate structural barriers that have disproportionately hindered Black talent. Given the depth, diversity, and excellence of Black talent beyond college grads, we know this goal is achievable.

Ultimately, what workers of all backgrounds want is a level playing field from which to build careers with employers who recognize and reward their skills. We’ve both seen first-hand how skilled Black individuals have been excluded from higher-wage jobs, ultimately stunting their career growth, economic mobility, and generational wealth building. But together, we can change this—for individuals, for families, for companies, and, ultimately, for our country. It starts by trading in unnecessary degree screens for skills-based hiring and tapping into the two-thirds of Black talent employers have been missing. Work is about solving problems, and if businesses want to be in a better position to compete, we need all talents off the sidelines and on the field.

Maurice A. Jones is the CEO of OneTen, a coalition working to create one million family-sustaining careers for Black talent in America in ten years. Byron Auguste is the CEO of Opportunity@Work, whose mission is to rewire the labor market for all individuals Skilled Through Alternative Routes (STARs). Auguste served as deputy director of the National Economic Council from 2013 to 2015.