How Renee Montgomery pivoted from WNBA player to owner 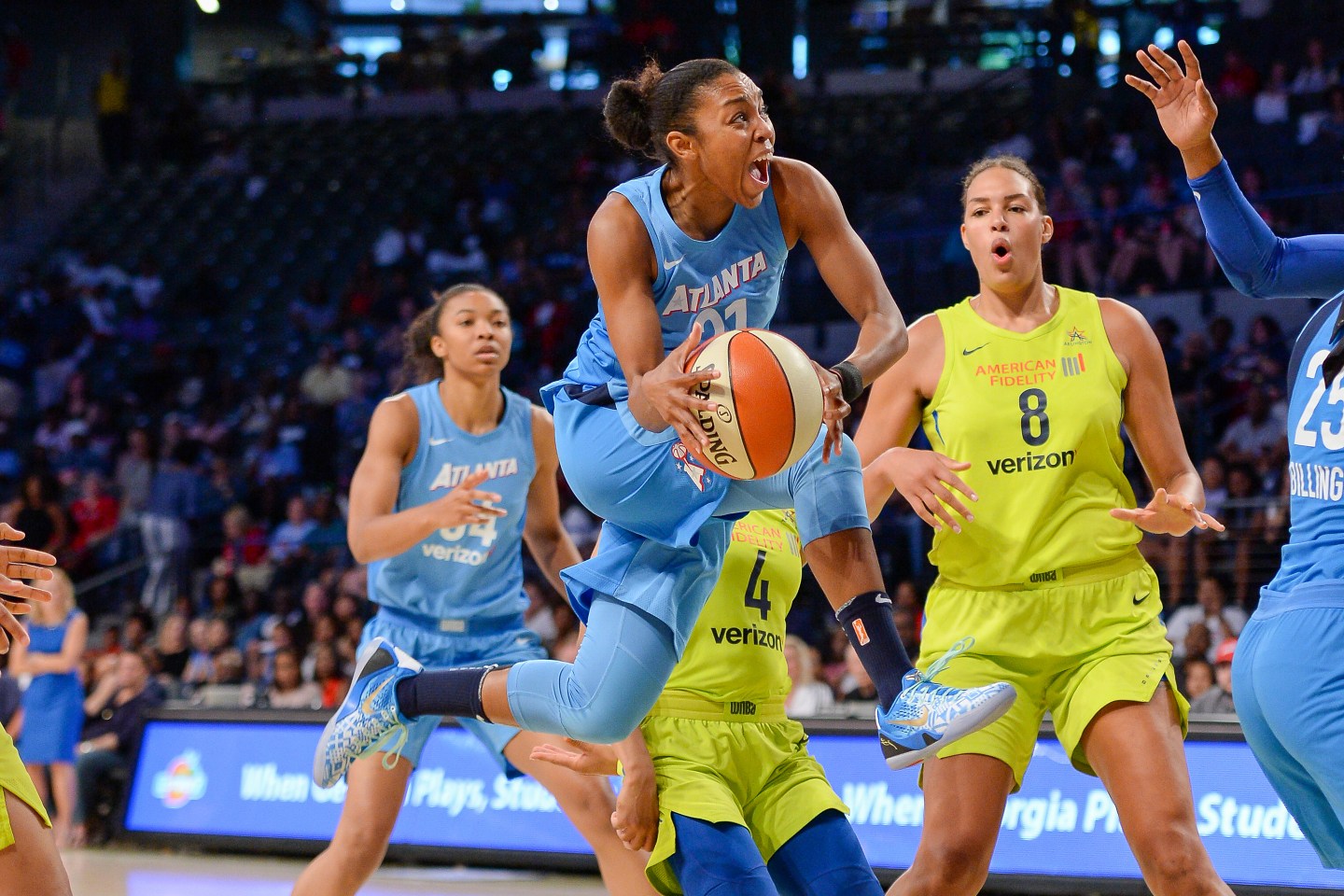 Good morning, Broadsheet readers! Rep. Rashida Tlaib speaks out in support of Palestinians, a U.K. nonprofit takes on tech workers’ rights, and Renee Montgomery wants to be the WNBA blueprint. Have a mindful Monday.

– Slam dunk. Earlier this year, you may have heard about Renee Montgomery. The former point guard was one of the Atlanta Dream players who got involved in the 2020 election, including working to defeat former Dream owner and GOP Georgia Senator Kelly Loeffler, who opposed the Black Lives Matter movement so many league players supported.

But unlike her teammates, Montgomery wasn’t playing in the WNBA when this went down. She took off the 2020 season to devote herself to politics, voter turnout, and social justice full-time. And during that stretch, Montgomery had an epiphany.

Now, Montgomery is retired from play and is working full time as a co-owner and vice president for her former team. With two real estate executives (and the help of LeBron James), she put together the bid that won Loeffler’s stake in the team earlier this year. Finally, she’s one of the top voices calling the shots.

In an interview with Fortune, Montgomery talked about pivoting from player to owner and what athletes can bring to the table as owners in their own sports. Her move to ownership isn’t unprecedented in sports—there are plenty of athletes who take stakes in teams—but it’s unusual for typically-underpaid WNBA stars. And Montgomery’s level of involvement—she’s not just a part-owner, but an active team executive—is also unique.

“It changes everything,” Montgomery says of the perspective she brings as a former player, understanding what players want. For the WNBA, she says, it’s often to be treated like the professional athletes they are with adequate funding. Now, she avoids mentioning Loeffler by name, preferring to focus on the Dream’s future; her top priorities include securing major sponsors like, perhaps, Atlanta-based Delta Airlines or Coca-Cola.

While Montgomery is for now an exception, she hopes her path can become the norm. “This is the blueprint,” she says.

Read the rest of my story here.

- Israel/Palestine. As the conflict in Gaza continues, Rep. Rashida Tlaib—the only Palestinian-American in Congress—spoke on the House floor, condemning Palestinians "being killed as the world watches" and U.S. support of Israel's government. "How many of my colleagues are willing ... to stand for Palestinian human rights as they do for Israeli?" she asked. HuffPost

- Divorcegate. WSJ reports that Microsoft board members decided co-founder Bill Gates should step down as a director in 2020 as it investigated his "inappropriate" relationship with a company employee who told the board about her relationship with the billionaire. A spokesperson for Gates said the affair, which started in 2000, "ended amicably." Meanwhile, the NYT reports that Gates had a reputation for "questionable behavior" and pursued women who worked for him at Microsoft and the Bill and Melinda Gates Foundation. A Gates spokesperson disputed the Times' characterization of his conduct. The new reports come as Gates and wife Melinda end their marriage and split their vast fortune.

- Post-pivot. Now that Rep. Elise Stefanik has officially been voted into Rep. Liz Cheney's former role as the No. 3 House Republican, this piece asks: how will Stefanik's shift from moderate Republican to voice of the Trump GOP change the trajectory of her career? New York Times

- Tech advocacy. In the U.K., the organization Foxglove—a group of four women—fought to end the use of algorithms they said were biased in both high-school grades and visa processing. Now, the nonprofit is taking on the issue of workers' rights at major tech companies. Wall Street Journal

MOVERS AND SHAKERS: After her thwarted cabinet nomination, Neera Tanden will join the Biden administration as a senior adviser. At Bank of America, Christine Channels will now oversee a group of branches focused on low- and moderate-income areas, while Shim Sameer will run a new lending group catering to affluent clients, Bloomberg reports. Sourcepoint appointed Julie Rubash chief privacy counsel.

- A missing generation. Sally Buzbee's appointment as the next editor of the Washington Post was, for many, a cause for celebration—but it also posed a question: Why did the Post have to look outside itself to find a top female editor? Women who work there say there is a "missing generation of women" at the newspaper, as a lack of upward mobility and opportunity led many editors who could have been candidates to leave the institution. Politico

- In Epstein's orbit. Who were the women who enabled Jeffrey Epstein? It's not just Ghislaine Maxwell, but dozens of other women who worked as schedulers and assistants for the late convicted sex offender. But many of those women now say that, although they scheduled Epstein's time with underage girls, they themselves were victims. Politico

- Tax analysis. In a piece for Fortune, two accounting professors dive into tax proposals from Sen. Elizabeth Warren and Sen. Joe Biden. Both plans would, thanks to a tax on financial accounting income, allow corporations to deduct anything allowed as an expense for financial accounting purposes. That could include expenses like money paid to settle a sexual harassment lawsuit, the academics write. Fortune

Hollywood doesn't know what to do with Angelina Jolie The Atlantic

"Back then, though, you would do work like that in the summertime, when the real work had finished. You knew that it wasn’t really serious."

-Historian and classicist Mary Beard, in a New Yorker interview, on how the fields treated study of gender and the history of women when she started her career