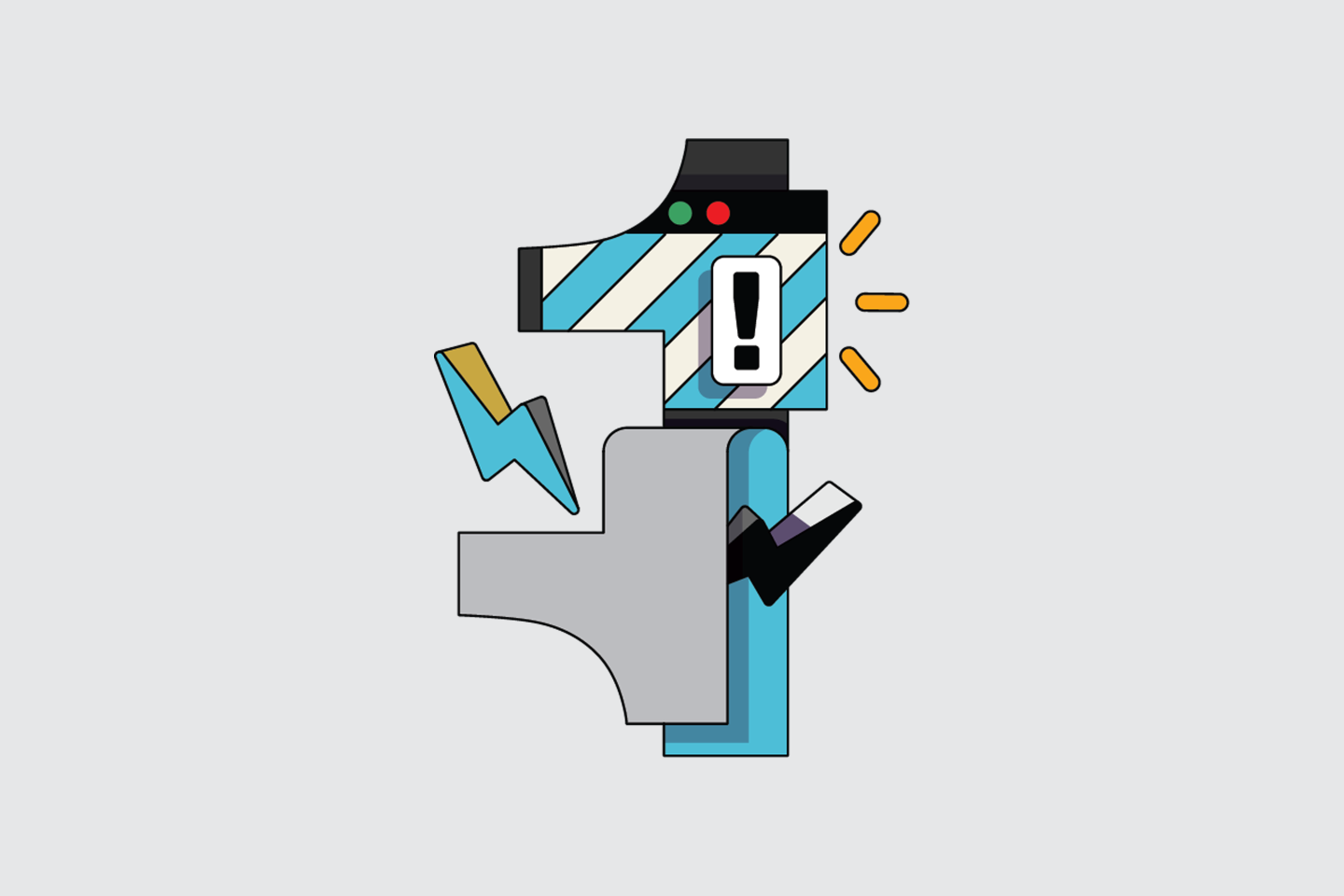 It’s a time-honored tradition on Wall Street every four years: proclamations from analysts and observers who claim that this or that economic metric can accurately predict who will be the next President of the United States.

After all, the identity of who will occupy the White House is a major, market-moving variable—one that influences all sorts of policy decisions that in turn can influence the greater economy.  And since markets are famous for hating uncertainty, it’s only natural that investors and their advisers would try to get a read on who exactly will be calling the shots at 1600 Pennsylvania Avenue.

While there is no shortage of indicators that prognosticators like to cite as their own crystal ball every election cycle, some have undoubtedly proved more popular—and, indeed, more accurate—than others. Here are some of Wall Street’s favorites and what they say about who will win the presidency this November.

The stock market may not be an entirely accurate reflection of the state of the overall economy, but it is a pretty good measure of investor confidence in corporate America and the business environment at large.

As far as elections are concerned, a down market can be looked at two ways. On the one hand, it could indicate negative business sentiment, increasing the likelihood that voters choose to ring in some changes in Washington. And on the other, a sagging market can be read as a sign that investors believe a change is imminent—and are opting to sit on the sidelines until that political uncertainty passes.

There are few broader, more popular reflections of the American stock market than the S&P 500, so it’s not surprising that the S&P is a favorite of Wall Street prognosticators as far as presidential elections are concerned. In fact, the folks at Boston-based broker-dealer firm LPL Financial say the benchmark index has accurately predicted the winner of the presidential election 87% of the time since 1928—and every time since 1984.

LPL’s metric is very simple: When the S&P 500 is trending upward over the three months in advance of the election, the incumbent party usually keeps a hold of the White House. When it’s trending lower, that usually means a change is in order.

As an example, LPL senior market strategist Ryan Detrick says to look no further than 2016. Though Hillary Clinton was a heavy favorite leading up to that fall’s presidential election, a tepid S&P 500 did not bode well for her. “Everyone thought Hillary was going to win, but the stock market didn’t,” Detrick says. He also cites the Dow Jones industrial average as another indicator, noting that the index experienced nine consecutive days of declines leading up to the 2016 election. The market, Detrick says, was “sending a signal that Trump’s chances were much higher” than people thought.

“I think the S&P is a good measure of the confidence that Wall Street has in the person in office,” echoes TD Ameritrade chief market strategist JJ Kinahan. A strong S&P before the election “tends to indicate that [investors] believe the policies in place are going to continue, and you can buy stocks because you don’t have to worry about a change in policy,” he adds.

So what does the stock market tell us about the 2020 election? Since Aug. 3—exactly three months before Election Day 2020—the S&P 500 has climbed roughly 5%, having rebounded from a weak September that saw the index briefly slip into the red. President Trump has pinned much of his economic record to date on the success of the stock market, and the market appears to suggest that he has a better chance of retaining his office than many polls would indicate.

But with more than three weeks to go until Election Day—and few signs of another market-boosting stimulus deal in the pipeline—the picture coming out of Wall Street is still very much subject to change.

It’s been a rough year for the U.S. dollar. The coronavirus pandemic, the resulting economic downturn, and the Federal Reserve’s subsequent monetary stimulus measures have contributed to a gradual weakening of the dollar relative to other major currencies—leading the likes of Ray Dalio and Stephen Roach to question whether the greenback’s status as the global economy’s preeminent currency is now under threat.

But the dollar also appears to provide a window during election years into who will be the next President of the United States. “History shows that a stronger dollar does not bode well for the incumbent President,” according to LPL’s Detrick. That’s because a weaker dollar tends to indicate a “risk-on environment”—one usually featuring healthier market conditions in which investors are willing to pour money into equities and other, riskier asset classes.

Conversely, Detrick cites conditions in 2008, when the dollar maintained its strength despite a global financial crisis that battered stocks, bonds, and other securities. “The dollar was strong [in 2008] because that’s where you go when you have a pure risk-off mentality; people still come to [the dollar] when the you-know-what hits the fan.” While a stronger dollar in 2008 coincided with Barack Obama winning the White House after eight years of Republican rule, a weaker dollar usually translates into “a good scenario for the incumbent to win reelection,” according to Detrick.

As a specific measure of how the strength of the dollar relates to the outcome of the presidential election, LPL points to the performance of the benchmark ICE U.S. Dollar Index in the three months leading up to the election. According to the brokerage, the index has accurately predicted the winner of all but one of the last eight presidential elections—with Bill Clinton’s landslide reelection in 1996 proving the only instance in which a stronger dollar did not translate into a defeat for the incumbent party.

While the ICE U.S. Dollar Index has slipped 3% in 2020 to date, it’s been a slightly different story since Aug. 3. In that time, the index has climbed marginally, to the tune of less than 0.2%. That would appear to spell good news for Joe Biden and bad news for President Trump—though, as Detrick notes, the dollar’s relatively meager movement could render the metric “a wash” as far as predicting this election is concerned.

According to a 2011 analysis by statistician and FiveThirtyEight editor-in-chief Nate Silver, the ISM Manufacturing Index had proved the “best-performing variable,” among 43 different metrics, for predicting the outcome of every presidential election since World War II up to that point.

The monthly survey has long stood as a benchmark measure of manufacturing activity in the U.S., and according to Silver’s analysis, its performance from January through September of an election year has proven a relatively reliable indicator of which way the election will go. If the ISM averages above 50 during that time (signaling an expanding manufacturing sector), that tends to bode well for the incumbent party, while an ISM average of below 50 (reflecting a contracting manufacturing sector) usually corresponds with a new party taking control of the White House.

In 2016, the index barely managed to average in expansion territory from January through September—a lukewarm reading that signaled changes were in order in D.C., culminating in Trump’s victory over Hillary Clinton. This year, the ISM is proving even more tepid; the index has averaged only 50.3 through the first nine months of 2020, thanks largely to a sharp, coronavirus-induced contraction in April and May.

While a mediocre ISM was good news for Trump last time around, it’s a foreboding indicator for his prospects against Joe Biden in this election—and yet another measure of a struggling economy that appears increasingly likely to cost Trump the presidency.

While other economic statistics—including job growth and gross domestic product—are often disseminated as telltale predictors of presidential elections, what’s clear is that the state of the economy is usually top of mind for American voters. “It’s the economy, stupid,” went the famous adage coined by James Carville, the political strategist who helped mastermind Bill Clinton’s victory in the 1992 presidential election—and it is a credence that still rings true today, as the economy continues to poll at the top of voters’ concerns every election.

“Historically, people vote with their pocketbooks,” LPL’s Detrick notes. But he adds that this year, it’s exceptionally hard to get a read on things. While recessions like the one experienced by the U.S. economy this year in the wake of the coronavirus pandemic are typically a surefire signal “that the incumbent isn’t going to win,” other indicators—such as a surging consumer confidence index—seem to indicate a relatively brisk recovery that could help President Trump stay in power.

“In our opinion, the election will probably be a lot closer than what the polls are saying,” according to Detrick, pointing to a continually bullish stock market as justification. “The stock market has a funny way of predicting these things. If the incumbent loses, there’s almost always some skittishness, because the market doesn’t like uncertainty.”

But TD Ameritrade’s Kinahan notes that investors could indeed be bracing for some uncertainty, after all. He points to how futures contracts tracking the CBOE Volatility Index, a popular measure of perceived stock market volatility, are “elevated” for several weeks after the Nov. 3 election. That could indicate that investors are wary of the uncertainty that could stem from a potentially delayed result, due to tens of millions of expected mail-in ballots—not to mention the President’s own refusal to commit to accepting the outcome of the election.

“I think that’s a whole new element to this election that we haven’t dealt with before,” Kinahan says of the potential for post–Election Day volatility.

As if 2020 wasn’t already unpredictable enough, it could be that the year’s presidential election is beyond the grasp of any indicators we have to offer.