Winning the peace: The role of business in forging a post–COVID-19 recovery 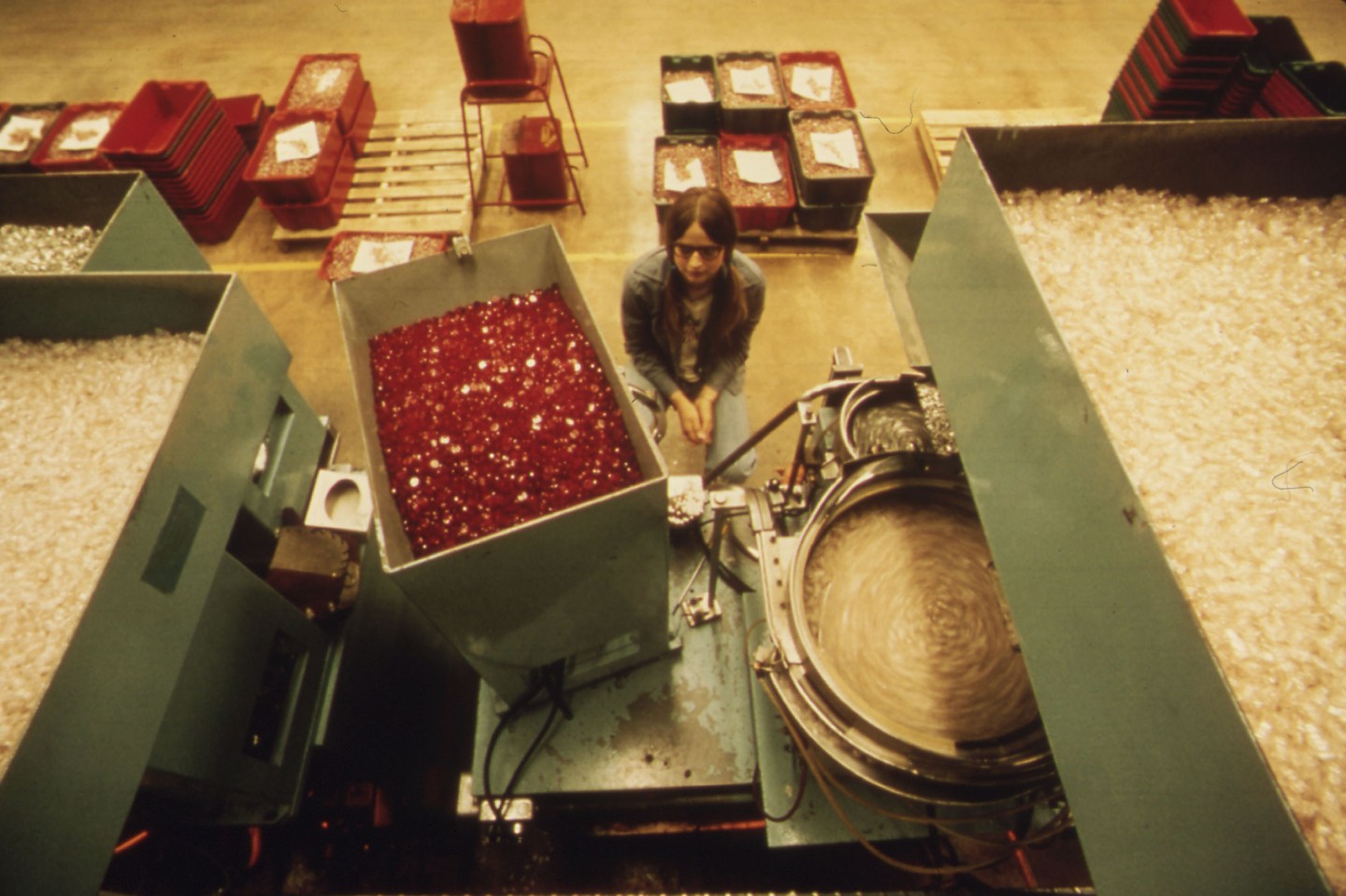 Original Caption: Interior of the 3m Co.(Minnesota Mining and Manufacturing) Plant Showing a Machine Being Monitored by an Employee. 3m Has 1,377 Employees Which Make It the Largest Industry in the Town. The Complex Makes Molded Electronic Parts, and Black and White and Colour Duplicating Machines. The Company Was Attracted to New Hulm by the Available Work Force Which Takes Pride in Its Work. The Town Is a County Seat Trading Center of 13,000 in Southern Minnesota Founded by German Immigrants. U.S. National Archives’ Local Identifier: 412-DA-15920 Photographer: Schulke, Flip, 1930-2008 https://www.flickr.com/photos/usnationalarchives/4726913691/in/album-72157624339813980/
Flip Schulke/National Archives

In our previous article earlier this week, we noted that after World War II, international organizations and the public and private sectors worked together to create the conditions for two decades of strong, broad-based economic growth in Western Europe, Japan, and the United States. This record, we argued, offered lessons for the world today, and we suggested some specific ways to reshape globalization and renew the public sector. In this article, we turn to the role of the private sector.

In the immediate aftermath of war, governments concentrated on cleaning up the rubble, and then creating a stable political and social environment. In economic terms, that meant establishing the basics, such as stable currencies, freer trade, antitrust laws, workforce training, and land and labor reforms.

With that done, business was able to get back to business. In 1948, for example, when West Germany scrapped price controls and created the deutsche mark, industrial production rose 50%. With investment coming in, and liberalized trade rules fostering technology transfer and structural change, the stage was set for sustained growth.

To win the post–COVID-19 peace, we need to channel the optimism and imagination of the postwar era and apply them to our own times. The private sector has a critical role to play. For one thing, as individuals assume more responsibility for their careers, benefits, and retirement, the role of the workplace is becoming more important. But the public appears to be dubious that business is willing to do its part. In January, the Edelman Trust Barometer found that more than half (56%) of respondents in 28 markets agreed that “capitalism as it exists today does more harm than good in the world.”

Even so, the pressure on businesses to serve their communities in ways that go beyond the bottom line will only build, given the role that governments have played as payer, lender, insurer, and even owner of last resort during the COVID-19 crisis. Just as business stepped up after the war, so must it do now, but in different ways. Here are three areas of direct relevance.

After the war, countries built physical assets, such as Japan’s high-speed railways or deepwater ports in Europe and the United States, to accelerate their economies. In the 21st century, digital capabilities are likely to be the most important infrastructure investment. In four sectors alone—mobility, health care, manufacturing, and retail—McKinsey has identified ways to boost global GDP by as much as $2 trillion by 2030. Connectivity also has ramifications for equity and society—something that has been proved emphatically true during the pandemic, in which the use of online education and telemedicine has skyrocketed.

However, even in advanced economies, not everyone has access to high-speed Internet—21 million in the United States in 2019. Those without digital connectivity will have less access to economic opportunity. Business should work with government to ensure universal high-quality access and to establish a regulatory framework that ensures privacy, security, ownership, and interoperability. One possible analogy is the Global Financial Innovation Network. Comprising more than 50 regulatory agencies from around the world, it enables companies to test new products and services across multiple jurisdictions, encouraging both innovation and transparency.

As automation accelerates and concerns about inequality and job insecurity increase, reskilling—that is, equipping existing workers to do higher-level jobs—would appear to be an area where the role of business is straightforward. The GI Bill and other postwar education reforms helped to create a workforce capable of excelling in a sophisticated industrial economy. Now the need is to work with business to invest in a workforce that can do the same in Industry 4.0, the use of advanced technology in manufacturing and other sectors. But the record is patchy. In a 2017 survey of executives, about twice as many said they were “somewhat” or “very” unprepared to address skill gaps as those who thought they were prepared.

True, reskilling can be expensive, and sometimes employees take their new skills elsewhere. But it typically takes less than $10,000 to reskill an employee; that is often much less than the cost of turnover, which can frequently be a third of the starting salary. Working with other institutions—community colleges, government agencies, even companies in the same sector—can spread the costs, as winemakers have done in Washington State. And as labor forces grow more slowly, a company’s existing pool of workers can be a source of new talent. Finally, it’s worth remembering that while reskilling carries costs—so does having a less adept and discouraged workforce.

The most important thing business can do, of course, is to be innovative, productive, and profitable—the characteristics that defined the sector after the war. During the COVID-19 crisis, companies have used technology in new ways, often with a speed and success that surprised them. In 2019, a major U.S. retailer envisioned launching a curbside-delivery business; it figured it would take 18 months. During the lockdown, it went live in less than a week. Airlines and car-rental companies quickly developed contactless consumer journeys. On the whole, however, there are big gaps between what is being done and what could be done to deploy new, productivity-enhancing technology. Although the number has no doubt gone up, it’s telling that in 2019, McKinsey estimated that China, Europe, and the United States, had tapped into only 20% of their digital potential. That matters, because just as technological diffusion powered postwar growth, digital capabilities could well fuel post-COVID growth.

There will be no return to the pre-coronavirus status quo—but that does not have to be a source of regret. Rather the opposite. Perhaps the most important lesson of the postwar era is this: With optimism, imagination, and commitment, the world can indeed be made anew.

Kevin Sneader is the global managing partner of McKinsey & Co., where Shubham Singhal is a senior partner.