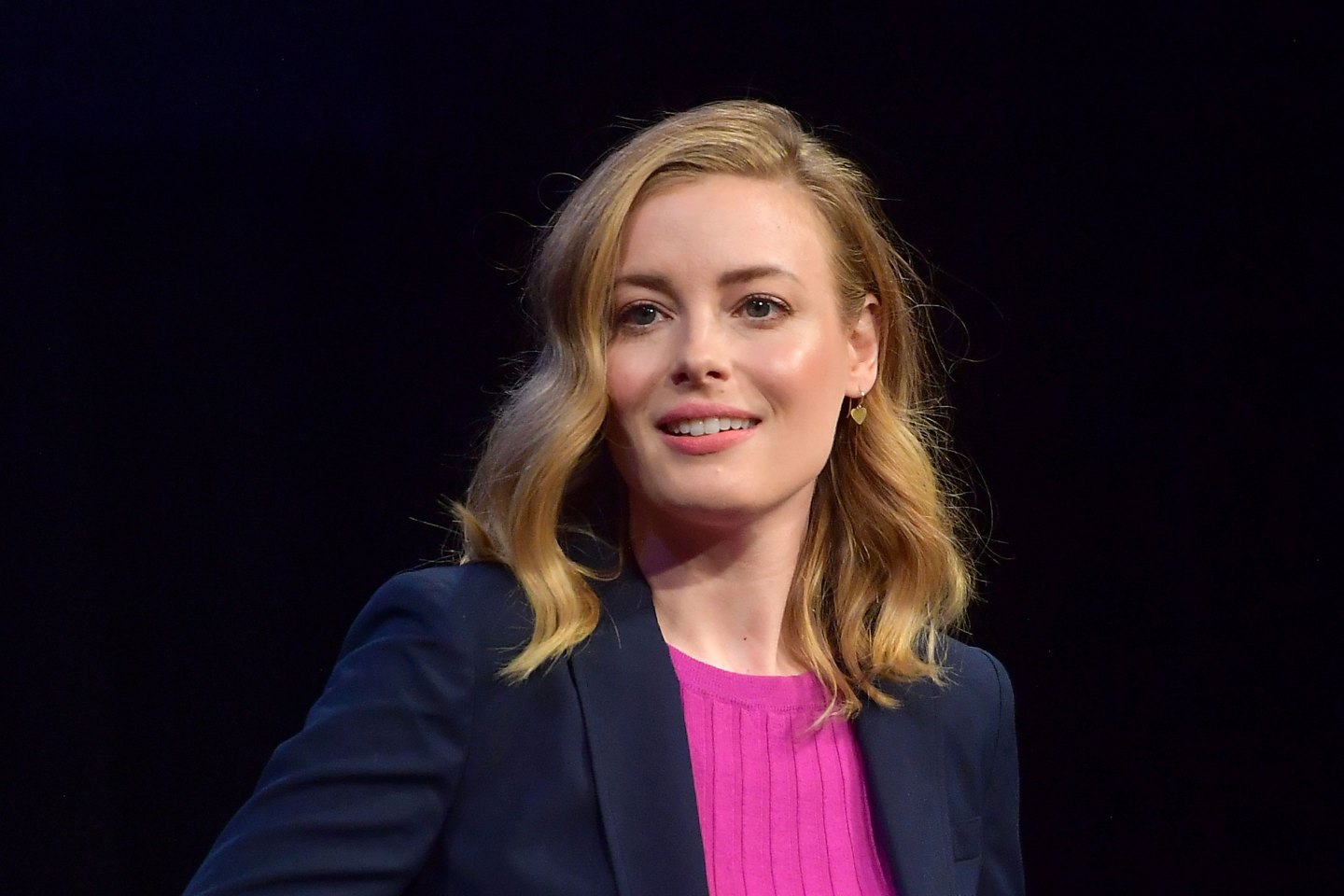 As the snarky, vaguely anarchist Britta on Community, she won the hearts of fans even as her character became synonymous with disaster and verbal miscues (sample Britta-ism: “That’s like me blaming owls for how bad I am at analogies!”). And on Netflix dramedy Love, she turned the pricklier Mickey into a complicated but deeply empathetic protagonist; her wry, fearless performance across three seasons was the reason to watch.

In the Wondery podcast series Blood Ties, which debuted at No. 1 on the Apple Podcasts charts earlier this week, Jacobs takes on an equally complicated role in much more statedly dramatic territory.

The thriller scripted series—a true-crime riff on Succession that grapples with #MeToo-era issues of accountability and consequence—finds her playing Eleonore Richland, the daughter of a world-renowned cardiologist. When said cardiologist and his wife appear to perish after a small plane crash in the Caribbean, Eleonore and her brother Michael (Josh Gad) find themselves caught between honoring their fallen father and grappling with darker truths about his professional conduct that a New York Times journalist (Amy Landecker) soon brings to their attention.

The project, six episodes of which are rolling out this month, requires Jacobs to work through a few different challenges, none more tricky than getting over the sound of her own voice. She spoke with Fortune by phone about Blood Ties and her own podcasting habits.

What led you to take on Blood Ties as a project?

When I first heard from Wondery, it was serendipitous. I’ve listened to most of their shows. So I was very familiar with them, and I’m an avid podcast listener. I probably spend too much time listening to them. I was excited, because I was the kind of nerd who was into radio plays as a child. It dovetails beautifully between my love of that, and my love of everything Wondery’s been up to the past few years.

They have a really high level of production value in terms of sound design. They find really compelling stories. I don’t know, it’s become a trusted name for me in podcasting, an HBO of sorts, where I’m just like, “Oh, it’s Wondery, I bet I’m going to like it.”

In Blood Ties, you’re playing Eleonore Richland, who’s just lost her parents in a plane crash and is uncovering dark truths about her father. What was your way into this character, and how were you able to bring her to life with only your voice?

You have to trust in the writing and also your own voice. That was pretty hard because, like most people, I can’t stand the sound of my own voice. A limitation of the format is that you have to listen to it, so I had to get over that. But I thought the writing was great, compelling, interesting, and we were lucky in that we got to record with the other actors. Sometimes, when you’re doing animated work, you do it in isolation, but I was glad I got to record all of this with Josh [Gad] and Amy [Landecker]. It’s helpful to be in the same room.

Are you one of those actors who can’t watch their own work? Or is it something more specific to hearing your voice in isolation?

I can watch my own work. I don’t love to. But I certainly watched every episode of Community as it came out, week-of. It’s the sound of my voice, specifically, I think. Sometimes you do see yourself on camera and think, “Oh god.” But I think we’re all hypercritical of our own voices, so there are certain things about mine that I can’t stand. [laughs] I don’t know why I agreed to do a podcast, but here we are.

Is there anything specific to podcast acting that’s different from working on TV or in film?

You have to speak slower. That was the one thing I noticed, because you want to make sure the listeners are getting all the information as it’s being doled out. I was minding myself, or being reminded, to take my time at certain points to make sure everyone can catch what we need them to for the story.

I love that Blood Ties tells a story that’s set within the true-crime genre but also reflecting upon the #MeToo movement. It feels topical.

A lot of themes they discuss in Blood Ties I’ve also seen explored in other Wondery shows, whether it’s Dr. Death or Bad Batch. There was a commonality thematically; it definitely made sense why Wondery was doing Blood Ties as a scripted show.

Why do you think people are so obsessed with these subjects, especially true crime?

I don’t know. I don’t have a good answer for that. People have always loved detective stories, Sherlock Holmes, and Agatha Christie. It really does seem to strike a chord with the audience. I don’t know exactly why. Do you have a theory?

I mean, there is something visceral about hearing accounts of people dealing with the worst days of their lives. I also think people care about the horror in both everyday communities and more elite circles of wealth, taking a family that looks picture-perfect, looking inside, and discovering this rot. That’s certainly Blood Ties.

Both you and Josh Gad are known for your comedic roles, you of course for Community and Love, and Josh for Frozen and its sequel. Did you talk about working in a more dramatic vein here?

Not really just the two of us. But, for me, I will say you’re always looking to do what you haven’t done lately. It’s always exciting when someone wants to give you a part you haven’t done, so I was excited about that.

Now that you’re putting Blood Ties out in the world, what’s your hope for the future of this project?

I think it would be great to do another season. There’s still so much there, the mystery of the season, the characters themselves. Wondery’s created this world I just want to know more about. It would be cool to also keep that story going in a different format.

Are you talking about a film or TV adaptation?

I could see a lot of possibilities for it. Just putting it out there!

—How Netflix transformed the peak TV terrain in the 2010s
—Why these high-profile book adaptations bombed at the box office in 2019
—’Tis the season for holiday movies—and Hallmark and Lifetime aren’t afraid of Netflix
—Whistleblower cinema is back in a big way
—As 2019 draws to a close, does the movie star still have a pulse?
Follow Fortune on Flipboard to stay up-to-date on the latest news and analysis.