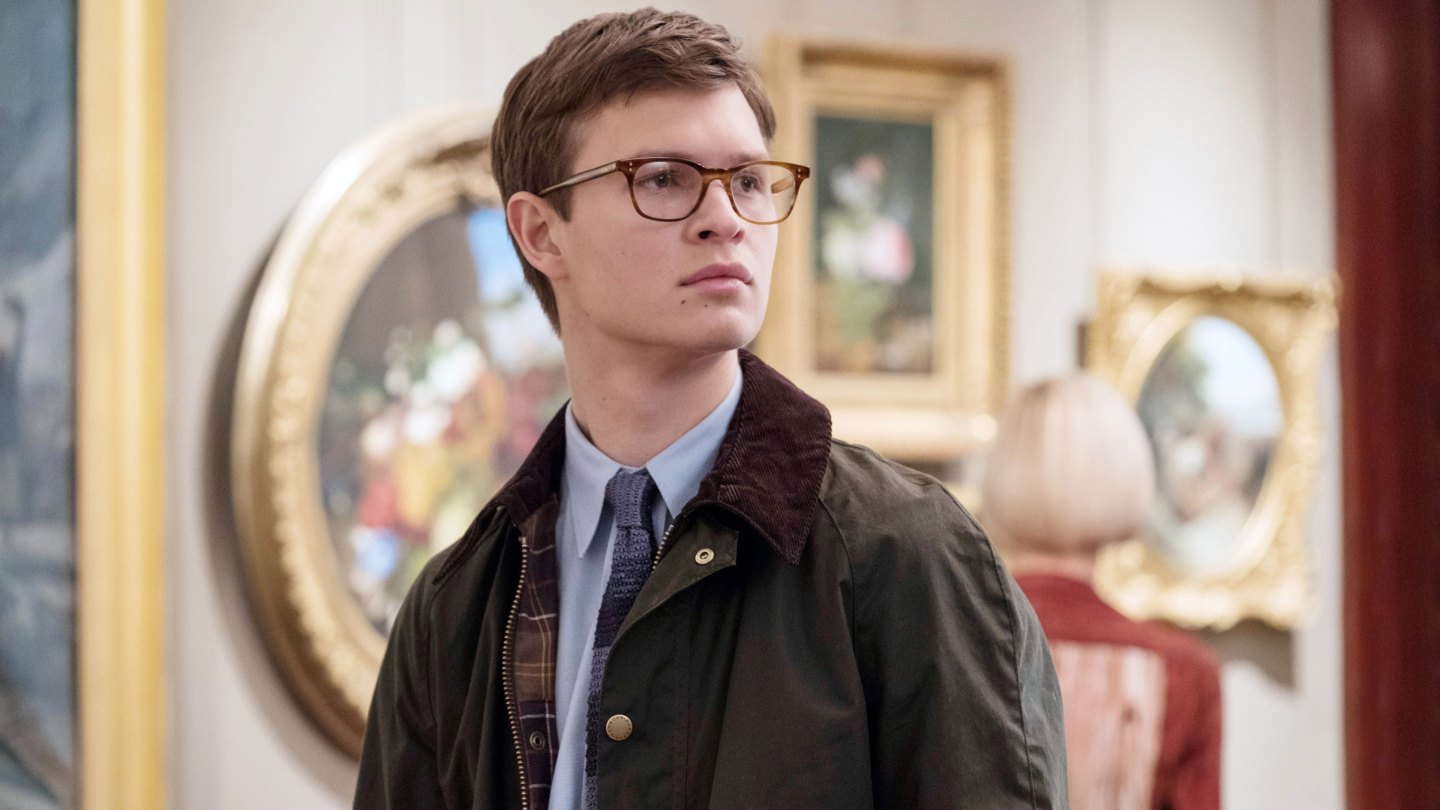 Turning a beloved book into a movie is always a perilous endeavor. So often, fans of the source material are disappointed by the results.

“The results were super disappointing,” says Paul Dergarabedian, a senior media analyst at Comscore. “Nobody was expecting any blockbuster performance, but even with the expectations being what they were, those films came in under what anyone expected.”

On paper, all three of them seemed like semi-sure bets, that is if you discount the innate challenge of transferring complicated literary characters onto the screen. Though the three novels tell three wildly different stories, they all rely heavily on a strong first-person narrator and involve intricate backstories and plots—which means they don’t exactly lend themselves to adaptation.

‘The Goldfinch’ laid an egg

The Goldfinch, the novel by literary darling Donna Tartt, won the 2014 Pulitzer Prize for Fiction, among many other awards and honors. It was also a bestseller, spending more than 30 weeks on The New York Times bestseller list.

Though some of the most successful movies of all time were adapted from Pulitzer Prize-winning fiction, including Gone With the Wind, To Kill a Mockingbird, The Color Purple, and The Hours, the esteemed prize bestows no guarantee of cinematic success.

In The Goldfinch, Ansel Algort, no stranger to literary adaptations (Divergent, The Fault in Our Stars), stars as Theo, a young man who turns to art forgery after losing his mother (Nicole Kidman) in a freak accident at the Metropolitan Museum of Art. Condensing the intricately woven plot of Tartt’s 800-page odyssey into a two-and-a-half hour movie was an ambitious—and ultimately, unsuccessful undertaking.

The Goldfinch director John Crowley, who previously directed Academy Award-winning Brooklyn, which itself had been adapted from an acclaimed novel (by Colm Tóibín), didn’t manage to bring the material to life on screen.

When The Goldfinch had its world premiere at the Toronto International Film Festival in fall 2019, it was savaged by critics.

“The big problem with The Goldfinch—a lifeless film that doesn’t consist of scenes so much as it does an awkward jumble of other, smaller problems stacked on top of each other like kids inside a trench coat—is that it mistakes its source material for a great work of art … Alas, when stripped of its softer details and denied the sheer velocity of its narrative sweep, the story The Goldfinch tells feels utterly absurd,” wrote IndieWire Senior Film Critic David Ehrlich.

The film currently only holds a 24% on Rotten Tomatoes.

When The Warner Bros. film hit theaters a week after the Toronto International Film Festival in September, it landed way below studio projections of a $12 million opening weekend, earning just $2.6 million from 2,542 locations. Given the film’s reported $45 million budget and more than $50 million global marketing campaign, it’s highly unlikely it will recoup its investment (Amazon cofinanced the drama and owns exclusive global streaming rights). It’s only taken in $5.3 million domestically so far.

(Left to right) Gugu Mbatha-Raw as Laura Rose and Edward Norton as Lionel Essrog in the adaptation of “Motherless Brooklyn,” which deviated somewhat from the source material.
Glen Wilson via Warner Bros.

Motherless Brooklyn, an adaptation of the acclaimed 1999 Jonathan Lethem novel about a New York detective with Tourette syndrome, also had a hard time finding audiences when it hit theaters in early November. Directed and adapted for the screen by Edward Norton, who also stars as detective Lionel Essrog, Motherless Brooklyn bombed in its debut, grossing just $3.7 million from 1,332 theaters. With an estimated budget of $26 million, the detective story, which costars Bruce Willis, Alec Baldwin, and Gugu Mbatha-Raw, wasn’t helped by the mixed reviews (it’s got 62% on Rotten Tomatoes) and a nearly two-and-a-half hour running time.

Norton is no stranger to book-to-film adaptations that fail to ignite the box office. He recently bemoaned the poor box office performance of Fight Club, in which he starred alongside Brad Pitt. Though the 1999 film, directed by David Fincher and adapted from a book of the same name by Chuck Palahniuk, went on to become a cult classic, it grossed a modest $37 million domestically off of a $63 million budget.

Norton took significant creative license with Lethem’s book, shifting the time period to the 1950s to make it a film noir rather than the neo-noir style of the novel. Unfortunately, in the 20 years it took Norton to bring the quirky detective novel to the screen, he aged too much to believably play the lead character. In the book, Lionel is a young man. At 50, Norton no longer qualifies.

Detailing the differences between the novel and the film, Salon’s Marissa Martinelli suggests that, “Norton’s film often feels less like an adaptation and more like a work of fan fiction 20 years in the making, with Norton borrowing Lethem’s protagonist and the broad strokes of his plot to create something almost entirely new.”

Cate Blanchett as the title character in the film “Where’d You Go, Bernadette?” It was another literary adaption that didn’t do well at the box office in 2019.
Wilson Webb / © Annapurna Distribution / courtesy Everett Collection

Starring Academy Award-winning Cate Blanchett as the titular character, an agoraphobic architect and mother who disappears from her Seattle home before a planned family trip to Antarctica, the film received middling reviews (it’s got 48% on Rotten Tomatoes). With a reported budget topping $20 million, the film has earned only $9.2 million domestically.

In the book, it’s easy to sympathize with Bernadette, an award-winning architect who has suffered from mental illness following a major career setback. But in the film version, without understanding Bernadette’s inner life, she comes off as entitled and prickly and not someone you want to spend any amount of time with.

“Like Bernadette, the movie’s lost; you’ll need to read the book to truly find her,” wrote Moira Macdonald, in the Seattle Times.

So why didn’t they work?

Industry experts agree it’s a challenging time for any non-franchise film to break out at the box office.

With The Goldfinch, Motherless Brooklyn, and Where’d You Go, Bernadette?, Paul Dergarabedian says, “they are emblematic of the much smaller scale films that come from novels that were not as well known or didn’t appeal to the demographic that are huge moviegoers.”

Marketing is more important than ever for box office success and the plots of the three films are not easy to encapsulate in a trailer or via social media.

“If people haven’t read the book or heard of the book, you have to rely solely on the standalone marketing for the movie. The trailer becomes the CliffsNotes for what the book is about,” says Dergarabedian. “Did the marketing campaign do a really good job of letting people who didn’t read the book impart how powerful the story is? You can’t just rely on people who read the book because they’re not all going to come out and see the movie. It has to have crossover appeal.”

It didn’t help that both The Goldfinch and Where’d You Go, Bernadette? feature quirky, globe-trotting protagonists who aren’t exactly sympathetic figures.

In these divisive political times, perhaps audiences aren’t drawn to such rarefied fare. Explaining the box office failure of The Goldfinch, Jeff Goldstein, Warner Bros. president of domestic distribution, told Variety: “I think the audience wasn’t interested in seeing this literary work on-screen. There were many things that didn’t work, but the biggest was probably the marketplace. The gap between the have and the have-nots is growing even bigger.”

Some of the year’s most successful and critically lauded films were adapted from books, but their marketing campaigns didn’t emphasize the source material.

Martin Scorsese’s The Irishman was adapted from former homicide prosecutor, investigator, and defense attorney Charles Brandt’s 2004 nonfiction book I Heard You Paint Houses. Taika Waititi’s JoJo Rabbit was adapted from Christine Leunens’s 2004 novel entitled Caging Skies. But both films took significant creative liberties with the original source material. For instance, at no place in Leunens’s novel does she mention an imaginary friend in the form of Hitler (played by Waititi in the film).

By changing the titles, “those movies tended to downplay any association with the books,” says Dergarabedian. “Sometimes making that connection isn’t always a plus. They didn’t push that in the marketing.”

Hopes are high for Greta Gerwig’s star-studded Little Women, based on the 1868 novel by Louisa May Alcott, set to hit theaters on Christmas Day. The film, which has garnered a couple of Golden Globe nominations, has received nearly universal critical acclaim and was selected by the American Film Institute and Time magazine as one of the top 10 films of 2019.

Amazingly, Gerwig’s adaptation marks the eighth time that the beloved novel has been adapted to the big screen (that’s not including television adaptations). Awareness is strong for the title, but it also helps that it’s getting great reviews and terrific word-of-mouth (it’s currently at 97% on Rotten Tomatoes). It’s got a built-in audience of fans of the original book, as well as the earlier film adaptations.

But, of course, in Hollywood, there’s no such thing as a sure thing.

“For every advantage that being a book adaptation gives you, there’s an equal number of disadvantages. It’s not an automatic guarantee,” says Dergarabedian.

—’Tis the season for holiday movies—and Hallmark and Lifetime aren’t afraid of Netflix
—Whistleblower cinema is back in a big way
—The Black Christmas remake “is about taking power back,” the director says
—How some artists are building their careers through Spotify playlists
—As 2019 draws to a close, does the movie star still have a pulse?
Follow Fortune on Flipboard to stay up-to-date on the latest news and analysis.