Streaming Success? How Some Artists Are Building Their Careers Through Spotify Playlists 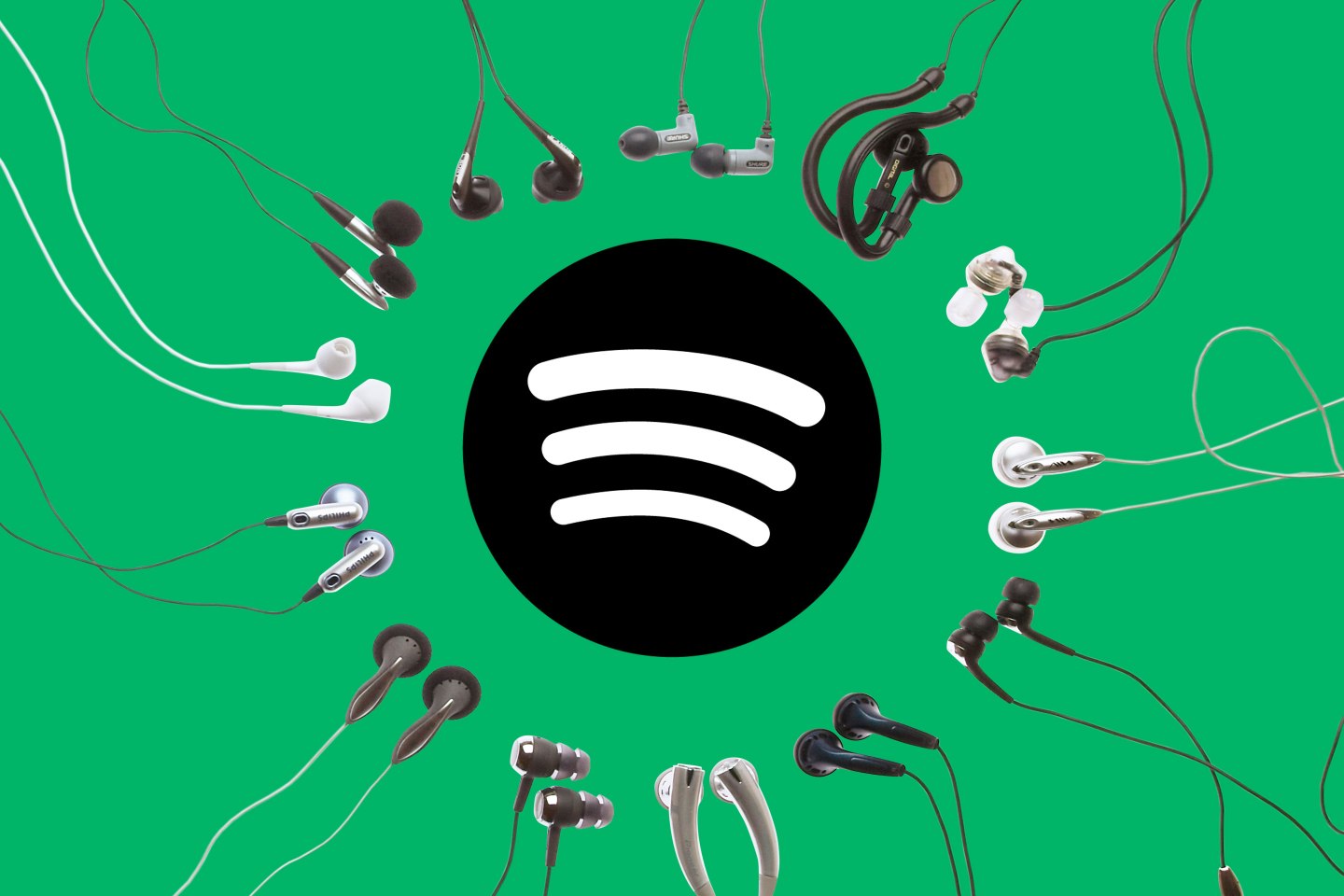 Paul Johnson was scraping out a low-key music career under the name Canyon City while working part-time retail jobs, driving for Uber, and playing recording sessions for other artists. Then his folk-pop song “Firework” landed on a Spotify playlist in 2016. Now listeners stream Canyon City’s music often enough that Johnson is a full-time musician making around $200,000 a year, the “vast majority” of which he attributes to streaming royalties.

It’s a change the Chattanooga singer and guitarist credits largely to playlist exposure.

“I probably wouldn’t be doing this” without Spotify, says Johnson, 30, an independent artist who quickly jumped from a few thousand streams a day to 20,000 after the first playlist, and then grew to around 200,000 over the next year with additional playlist support. “I would still be making music, but not on the level where it’s a full-time career and I’m able to do things like buy a house and go on far-reaching tours.”

Though Spotify has long been the scourge of musicians who think the platform doesn’t pay enough in royalties, some smaller artists are finding they can reach an audience, and make a living, if they can get their songs onto one of the 3,000 playlists that Spotify operates. Playlist placement can amplify the number of streams artists receive by putting their music in front of new listeners—some of Spotify’s playlists have tens of millions of followers.

Playlists helped the Los Angeles singer Arizona Zervas jump from a half-million streams a month to 10.8 million in roughly a year, Billboard reported in November, while Australian artist Toni Watson, known as Tones and I, has amassed more than 610 million streams in 2019 for her song “Dance Monkey” after it appeared on various international playlists. Neither singer was available for comment.

Tones and I, among the artists to see an increase in streams on Spotify after landing on various playlists, performs on “The Tonight Show Starring Jimmy Fallon” on Nov. 18, 2019.
Andrew Lipovsky—NBC/NBCU Photo Bank via Getty Images

Sarah Lee, a Maryland pop singer who performs as REI AMI, hasn’t reached those heights so far, but Spotify users have streamed her song “Snowcone”—Lee’s first-ever release—more than 1.2 million times since she put it out in September. Lee, 24, had low expectations until the song showed up on the “Anti Pop” playlist and jumped from 10,000 streams a day to more than 50,000. She says her listeners tell her all the time that they discovered her through Spotify. “I never imagined things would pick up so rapidly,” says Lee, who is new enough to music that she still has a day job. “And it was obviously so great to see, but it was almost overwhelming because I just never thought that simply being playlisted would jump-start my career.”

The trick is getting your song on a playlist. Apart from user-created playlists, there are three kinds, says Jeff Stempeck, a team lead on artist and label marketing at Spotify. There are playlists populated by an algorithm that seeks to match song data with listener data (“Your Daily Mix,” for example, or “Discover Weekly”), human-curated playlists tended by 100 or so editors at Spotify, and playlists that combine algorithmic and human elements. “The overall goal with our editorial strategy, it’s really all about trying to serve the right music to the right users,” Stempeck says.

The streaming service in July 2018 introduced a new playlist submission tool on its Spotify for Artists platform, which allows musicians to essentially pitch songs for playlist consideration through an online form that includes information like genre, mood, instrumentation, and culture. Spotify editors review the submissions weekly and, through a combination of data and gut feeling, steer some of them into playlists.

The new submission tool replaced a more scattershot process in which record labels and artists would get in touch however they could: email, text messages, direct messages on Instagram. “Now it’s an incredibly clear, transparent, organized process where editors can listen to way more music and program a lot more songs each week,” Stempeck says.

The growing importance of playlists is, in some ways, shaping how artists make music. When musicians submit a song for editorial playlist consideration, the tune will automatically appear in the “New Music Friday” playlists that are algorithmically created for their followers. Rather than releasing a full album’s worth of tunes every year or two and submitting one tune for playlist consideration, Canyon City’s Paul Johnson says putting out one or two songs at a time at shorter intervals makes more sense, economically and in terms of fan engagement. “It helps keep a conversation going,” says Johnson, who also uses Spotify analytics to book tours based on places where users are listening to his music.

Spotify won’t specify how many submissions it gets per week, or how many of them end up on playlists, which irks musicians who want to see a more transparent process. “Until there is some sort of open source documentation for all artists as workers to see exactly how our submissions are funneling into their playlists, Spotify will remain untrustworthy to me,” says Anjali of Diaspoura, a South Carolina electronic artist under 30 who co-organized five artists’ rights rallies around the country this past summer to discuss Spotify’s compensation practices. Though Diaspoura’s songs are on Spotify, the artist relies on income from the subscription-based crowdfunding platform Patreon to continue making music.

Diaspoura isn’t the only Spotify skeptic, and most of the misgivings musicians have about the platform revolve around the issue of compensation. When Spotify launched in 2006, concerns about musicians’ pay and the company’s “freemium” business model prompted more than a few high-profile acts to withhold their music, including the Beatles, Led Zeppelin, Pink Floyd, and Metallica.

All those acts have since come around, and these days there’s no advantage to that approach, says Kay Hanley, singer for the alt-rock band Letters to Cleo and co-executive director of the advocacy group Songwriters of North America. “This is how consumers have chosen to listen to music,” says Hanley, 51. “And the whole point of making music, I think, is for people to hear it. So if you’re cutting off pretty much every entryway to the consumer, what is the point?”

Hanley says she’s a fan of streaming music services in general, but she won’t use Spotify because the company is among those appealing a recent decision by the federal Copyright Royalty Board to increase by 44% the compensation that subscription services pay to songwriters. Under current rules, artists on Spotify can make money if a song they perform ends up on a playlist, especially if they wrote the song and own the master recording. Because of archaic copyright laws, songwriters who do not perform the songs they write are paid much less—currently just 10% of the overall revenue, compared to 60% for performers—meaning the playlist bonanza effectively leaves out songwriters.

“There is no world where a songwriter can make a living with streaming as your only source of revenue if you’re not the artist, and you have no participation in the master,” Hanley says. The royalty dispute is arcane enough that it doesn’t always resonate with artists who aren’t affected by it. Johnson, who owns his master recordings, still marvels over the fact that he is making a living largely through Spotify streams. “I don’t tour too much, and I’m an independent artist,” he says. “So it’s really kind of wild to me that I’m not just getting by, but really kind of thriving.”

—As 2019 draws to a close, does the movie star still have a pulse?
—What the SAG nominations mean for a packed Best Picture Oscar race
—Why 1969 is “never going to die”—even as its 50th anniversary ends
—Ghostbusters: Afterlife is leaning on the franchise’s nostalgic pull
—Inside the Silicon Valley series finale with Mike Judge and Alec Berg
Follow Fortune on Flipboard to stay up-to-date on the latest news and analysis.