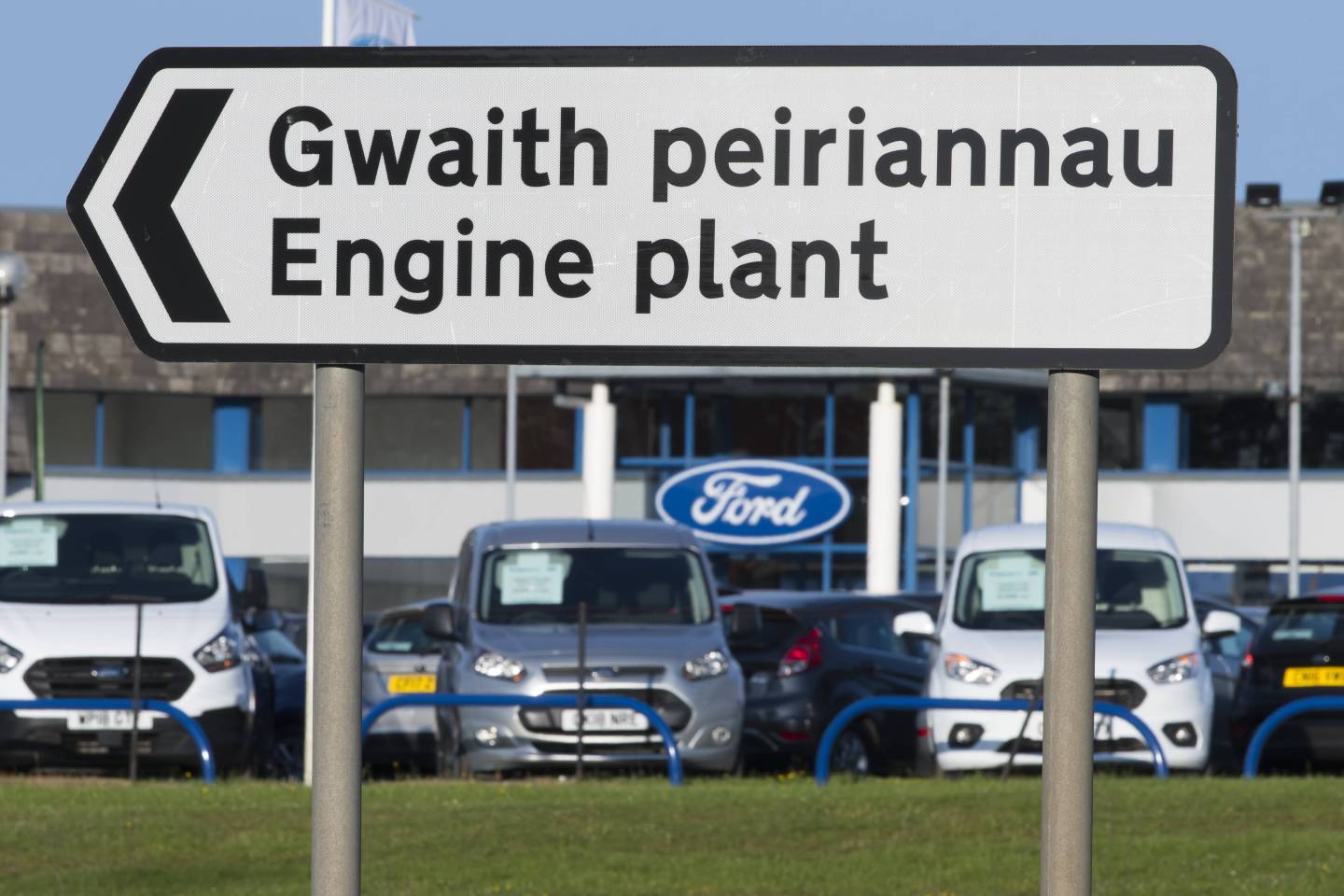 Ford Motor Co. is planning to close a U.K. engine factory as the last major step in an overhaul of its unprofitable European operations.

The Bridgend, South Wales plant, which employs about 1,700 workers, builds engines for several Ford models in Europe, including the Fiesta and B-Max. Its future became uncertain 18 months ago when Jaguar Land Rover said it would end a contract to make motors for vehicles produced there.

“We’re very much on track with our plan” to scale back on the continent, Stuart Rowley, head of the region for the U.S. car maker, said on a call with reporters, adding that this would be the last significant closure. Ford is hoping to conclude its negotiations with all union partners across Europe this year, he said.

The U.K. closure follows the decision to shutter plants in Germany, France and Russia. The company wants to focus mainly on its commercial van and pickup truck businesses on the continent, where Ford made a pretax loss of $398 million last year. Changes to what customers want, cost disadvantages and the loss of the Jaguar Land Rover deal made the Bridgend factory “economically unsustainable,” Rowley said.

While Ford reiterated its commitment to other U.K. plants such as Dagenham and the remainder of an almost 9,000-strong British workforce, the planned closure of Bridgend by September 2020 was condemned by labor groups.

“Ford broke promise after promise to the U.K.,” Unite Union General Secretary Len McCluskey said by email. “The company has deliberately run down its U.K. operations so that now not a single Ford vehicle—car or van—is made in the U.K.”

While Rowley said the decision to shut the Bridgend plant has nothing to do with Brexit, the future of Ford’s remaining operations in the country may yet depend on how the British government proceeds with a plan to leave the European Union by Oct. 31. The Dearborn, Michigan-based carmaker warned earlier this year that a so-called no-deal exit would have “catastrophic” implications for its operations in the country, where it is the top-selling auto brand.

The Bridgend closure follows the decision by Honda Motor Co. to shutter its Swindon plant in 2021 with the loss of 3,500 jobs. Nissan Motor Co. no longer plans to build the X-Trail sport-utility vehicle in Sunderland, northern England, while Jaguar Land Rover is cutting 4,500 positions worldwide, many of them in the U.K.