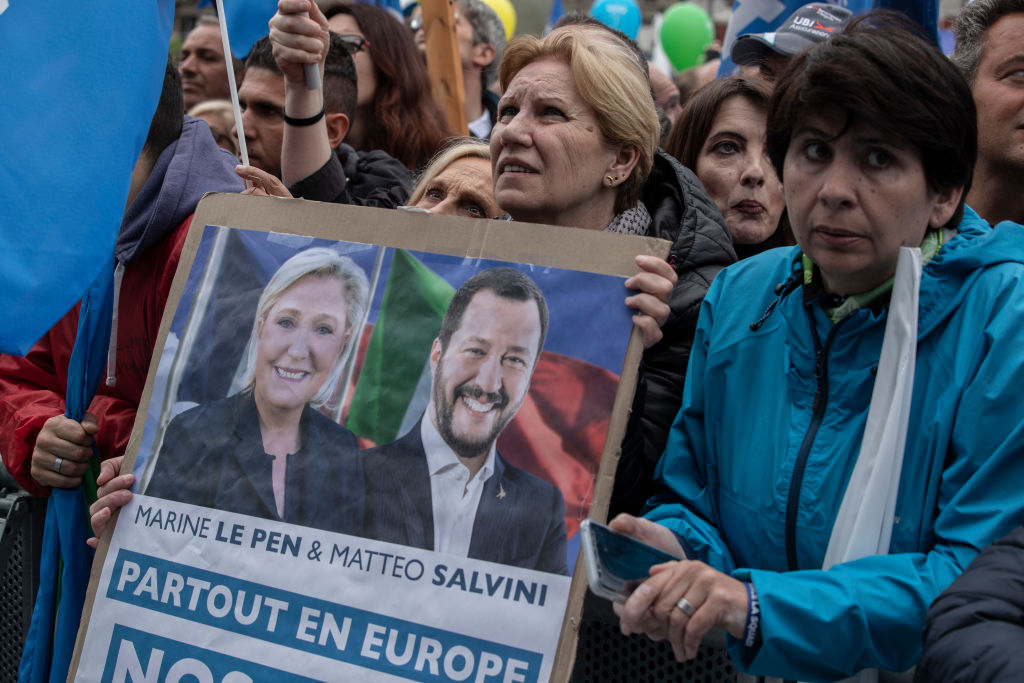 The eurozone’s chronic—and potentially fatal—weakness is about to be exposed again.

The populist coalition in Italy is on a collision course with the European Union, as the former’s de facto leader Matteo Salvini looks to build on his victory in European Parliament elections this weekend by overthrowing the spending rules that the eurozone adopted after a debt crisis nearly tore it apart 10 years ago. Salvini also called for a radical new mandate for the European Central Bank that would force it to underwrite Italy’s swelling national debt.

The development is important because it’s a brash, aggressive challenge to the EU’s authority, akin to the U.K.’s Brexit vote or the moves by Poland or Hungary to limit the independence of the judiciary. However, in contrast to those acts of defiance, this one comes from one of its founding members, one that—unlike the U.K. or Hungary—has always seen itself as part of an indivisible core of modern Europe.

In essence, Salvini is setting Italy up for a re-run of the Greek debt crisis, by asserting Italy’s right to spend freely even though, like any eurozone member, it doesn’t have the right to print money to pay its debts. Italy’s high and rising debt level makes it acutely vulnerable to any upward turn in interest rates or any loss of access to capital markets. That means it’s a plausible candidate for default, just as Greece was.

Only, this time, the stakes are higher.

With over 60 million people, Italy represents 18% of the eurozone’s population and some 16% of its gross domestic product. Its 2.3 trillion euro ($2.5 trillion) sovereign debt pile is the third biggest in the world after the U.S.’s and Japan’s—10 times larger than the Greek one was. Even as a proportion of gross domestic product, Italy’s debts are higher now—at over 132%—than Greece’s were before its crisis erupted. And, even though foreigners hold only a quarter of that debt, according to Bank of Italy data, Italy’s economy is heavily interlinked with the rest of Europe’s, especially France’s.

An Italian exit from the eurozone would start, in all likelihood, with the ECB refusing to accept Italian bonds as collateral for lending euros. That, in turn, would force the Italian state to issue a new currency to allow the collection of taxes and the payment of public-sector wages and pensions. Should that happen, Italy’s departure from the currency bloc would cause far greater upheaval across the world than a Greek one ever would have.

The European authorities have wasted no time in firing back. Finnish central bank head Olli Rehn, a former European Commissioner who wants to succeed Mario Draghi as ECB president later this year, said Salvini’s plan for debt guarantees was “forbidden” on principle (curiously choosing not to cite the even clearer ban on such policies in the EU’s treaty).

Elsewhere, newswires reported that the European Commission had sent Rome a letter that’s a formal preliminary to a process (known as an “Excess Deficit Procedure”) which could in theory lead to the EU fining Italy up to $4 billion—albeit only after months of haggling.

As such, that’s unlikely to worry Salvini, who has the wind in his sails after his party’s share of the vote in EU parliament elections this weekend doubled from the 17% he polled in national elections last year. Salvini has spent the week so far bragging on Facebook about how he intends to sweep away “old and obsolete rules” dictated by Brussels and reflate an economy that is set to grow only 0.2% this year, and where over one in ten people are still jobless.

“I want an Italy that grows,” he told national television on Monday. ”And for 10 years, absurd European rules have just led to debt and joblessness rising.”

Salvini’s basic calculus is that the prospect of Italy falling out of the currency union, which would cause the biggest default in history since Italian banks could no longer refinance hundreds of billions of euros in debts to the ECB, is enough to scare Europe’s mainstream into concessions.

Unsurprisingly, it’s the bond market that has taken fright first. The premium that investors demand to hold Italian 10-year debt rather than safer German bonds has risen to 2.80 percentage points, more than double what it was before he came to power last year.

Repeatedly in recent years, the market has seen other European politicians try and fail to turn a structural weakness into a negotiating asset vis-à-vis the EU.

Greece’s former Finance Minister Yanis Varoufakis also argued that his country should use the prospect of a eurozone break-up to scare the rest of the bloc into a compromise.

And advocates for Brexit have argued for years that the U.K.’s chronic trade deficit with the EU would force the EU to abandon its single market rules to guarantee European firms’ continued access to the British one.

Varoufakis was forced out of office after the Greek people rejected his gamble in a referendum, but not before helping to extend Greece’s recession by another couple of years. Meanwhile, a succession of ardent Brexiteer negotiators has failed to leave a scratch on the integrity of the single market. The pound, meanwhile, has lost nearly 15% of its value. Salvini will need more in his arsenal than an aging population and a stagnant economy to emerge from this fight a winner.