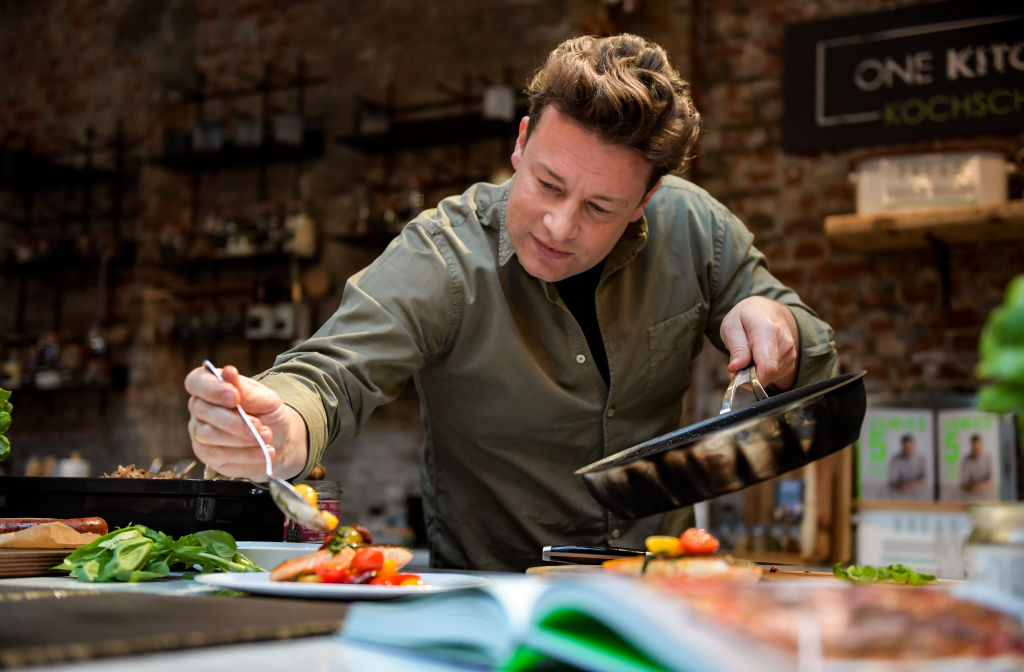 Following a couple years of serious financial difficulties, the restaurant empire of British celebrity chef Jamie Oliver may have reached the end of its road—the latest victim of an ongoing, partly Brexit-related shakeout in the U.K.’s casual dining sector.

The Jamie Oliver Restaurant Group said Tuesday that it had gone into administration, with KPMG’s insolvency team taking over. Most of its locations are closing immediately, taking more than 1,000 jobs with them. The 11-year-old business had reportedly been trying to find a buyer in recent months, but had no luck.

“I’m devastated that our much-loved U.K. restaurants have gone into administration,” said Oliver. “I am deeply saddened by this outcome and would like to thank all of the people who have put their hearts and souls into this business over the years.”

I’m devastated that our much-loved UK restaurants have gone into administration. I am deeply saddened by this outcome and would like to thank all of the people who have put their hearts and souls into this business over the years. Jamie Oliver

All in all, 25 restaurants are closing, including 23 Jamie’s Italian restaurants across the U.K., plus the Barbecoa steakhouse and flagship Fifteen restaurant in London. The groups’ international franchise business will continue, as will three restaurants at Gatwick Airport near London, in the short term at least.

“The group had recently undertaken a process to secure additional investment into the business and, since the beginning of this year, Jamie Oliver has made available additional funds of £4 million [$5.1 million] to support the fundraising. However, with no suitable investment forthcoming and in light of the very difficult current trading environment, the directors resolved to appoint administrators,” KPMG said in a statement quoted by the BBC.

When the company shuttered half a dozen Jamie’s Italian restaurants in early 2017, it said it had been hit by the Brexit vote and the resulting depreciation of the British pound—importing ingredients became more expensive. The company almost went bankrupt, and was only saved by a company voluntary arrangement (CVA) with its creditors. Oliver had to inject £12.7 million of his own money into the business, and HSBC threw it another lifeline in the form of a £37 million loan.

According to Deloitte partner Sarah Humphreys, who specializes in the casual dining industry, high-profile restaurant-chain CVAs may hit the headlines, but “quite a few brands are still succeeding” and, among the 40 biggest chains, there has only been a very small net decline in the year.

However, Humphreys said, “it has been commonly noted in the last two years that there was a restaurant oversupply, in particular [in] Italian chains and the burger sector.”

As for the Brexit effect, sterling still hasn’t recovered from the post-referendum drop, so those import costs haven’t fallen. And, with Brexit’s ultimate form still unclear, consumer confidence remains shaky. “It is known that consumer spending is linked to the sentiment around the economy,” Humphreys said. “There has been some consumer uncertainty around Brexit that has reduced some spending, to a small extent.”

KPMG partner Will Wright, one of the administrators appointed to handle the restaurant group’s insolvency, painted a bleaker picture in talking to the Guardian, calling the current environment in casual dining “as tough as I’ve ever seen.”

“The directors at Jamie Oliver Restaurant Group have worked tirelessly to stabilize the business against a backdrop of rising costs and brittle consumer confidence,” he said.

Some pinned the blame on the business’s inflexibility rather than the landscape. “Faced with higher rent, rising food prices and increased competition, restaurants need a point of difference—it’s no coincidence that smaller brands with the freedom and flexibility to keep things fresh are currently the ones performing well,” Simon Mydlowski, a partner at the law firm Gordons, told the BBC.

Insolvency lawyer Turon Miah, of Gowling WLG, said there was still a possibility that parts of the Jamie Oliver Restaurant Group could survive.

“Other buyers might be interested in revamping the chain,” he said. “[Oliver] still has a high profile and the brand is still strong. I can see there being some interest in that.”