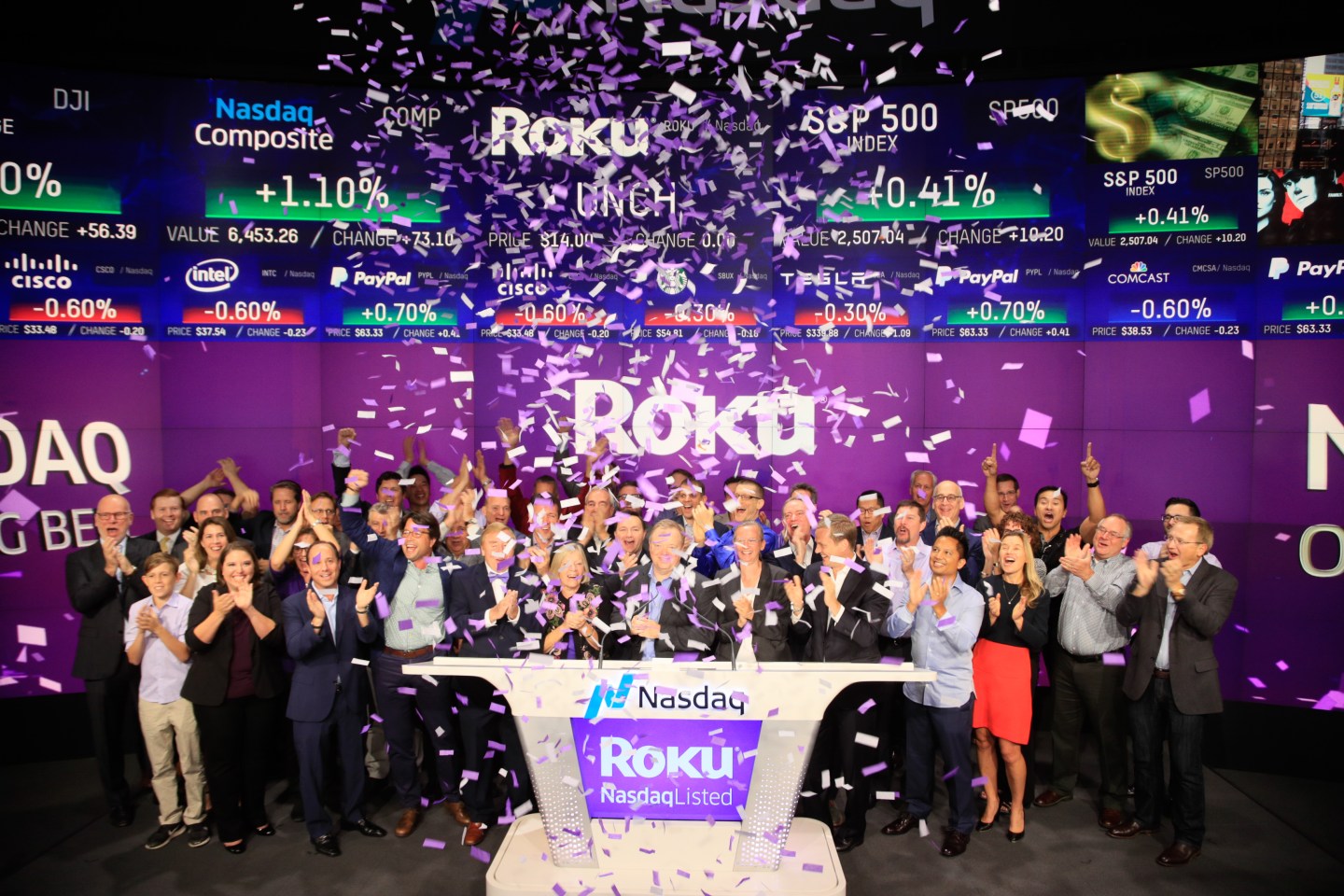 Roku, the streaming television pioneer, was one of the stock market’s best bets today, as the company’s Nasdaq IPO soared nearly 70% from its $15.78 per share opening to close north of $23.50, good for a valuation of $2.19 billion. The Los Gatos, Calif.-based maker of media streaming devices like the Roku Streaming Stick and Roku TV entered Thursday’s trading worth $1.3 billion.

Founded in 2002, Roku’s aim from the outset has been to kill the cable industry. And with more than a half dozen Roku devices slinging video feeds from companies like Netflix, Hulu, and HBO (all while cable subscriptions have gone in decline), it seems on pace to do just that.

But in the nearer term, Roku’s stratospheric rise has been almost as exciting to watch as Game of Thrones. The company filed for a $100 million IPO on September 1. Two weeks later, it revised its forecast, doubling its target to raising more than $252 million. At the closing bell, the sale of Roku’s 18 million shares beat that estimate, netting the company $423 million.

The reason for the company’s stock success seem obvious. While companies like Aereo have tried (and failed) to change TV, Roku has gotten along by putting out a solid product that plays well with other technologies. For instance, Roku’s first product was called the Netflix Box, because it was the first device that let viewers stream digital movies to televisions (rather than computers). Riding Netflix’s popularity like a wave, Roku has practically become a household name, with nearly 39 million people using one of its devices in July 2017—good for an industry best 23%, ahead of Amazon, Apple, and Google.

So clearly Roku is no flash in the pan. Founder Anthony Wood has been in the in television delivery space for ages, and he is also credited with inventing the DVR, a technology that streaming video is now effectively killing.

But Roku recognizes that while hardware has taken it this far, it alone can’t support the company. To that end, the company still isn’t profitable (a sizable early 2017 R&D outlay saw to that), and it is looking at advertising and subscription revenue (which are on the rise) to lead the way moving forward. It’s debatable how much those revenue sources will contribute as the media landscape continues to shift. But with cable-cutters continuing unabated and media companies continuing to pivot to video, everyone agrees that the future is the streaming. And in that space, Roku is currently leading the pack—both in the stock market and the living room.