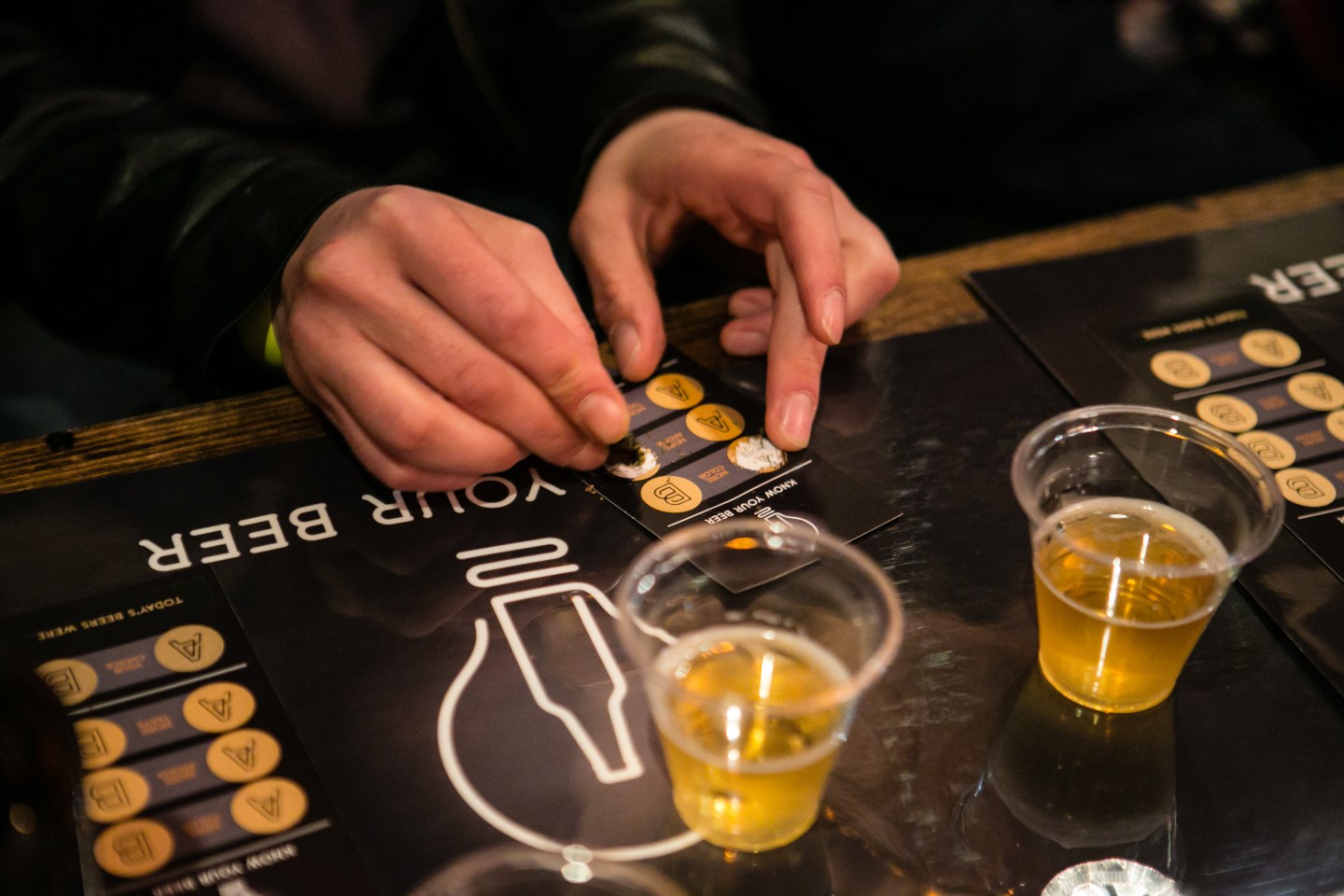 The latest Miller Lite vs. Bud Light battle is brewing across thousands of bars this summer.

Over the summer, MillerCoors is launching a campaign it is calling the “Know Your Beer” program. The promotion is aimed at bar patrons by offering up a blind taste challenge that pits Miller Lite against Anheuser-Busch InBev’s (BUD) Bud Light. The ultimate goal, says MillerCoors’ parent Molson Coors (TAP-A), is that over half a million beer drinkers will be walked through the experiential experience throughout the summer months.

“We want to give people a chance to evaluate beers side-by-side,” said Jason Pratt, a MillerCoors beer educator, in an interview with Fortune. “And the hope at the end of it is they have a better understanding of the beers in front of them and they can make a choice based on what’s in front of them.”

Here’s how it works: MillerCoors will ask drinkers to evaluate two beers, listed simply as beer A and B, based on color, smell, and taste. The hope, of course, is that the drinker will discover they prefer a Miller Lite over Bud. “We aren’t afraid to compete on the merits of the beer alone,” said Pratt.

MillerCoors has done this form of marketing before, launching a well-known “Taste Challenge” 13 years ago and serving up a few smaller iterations of this program in subsequent years. There is one big difference between the 2004 version and 2017’s iteration. The prior version was loudly marketed as a Miller Lite program. That led to some skewed results. “I liked Bud better, but I wasn’t going to say that,” one patron told The New York Times at the time. “They were giving us free beer.”

For the 2017 version, however, MillerCoors says the folks running the promotion won’t be displaying any logo that would indicate they work for the brand.

Volume for light American lagers have faced pressure in recent years as consumers increasingly favor local craft styles and Mexican imports, while spirits makers have also put pressure on beer by stealing market share. Craft beer’s popularity has led to acquisitions from all four “Big” brewers that operate in the U.S., while the Mexican beer craze is another trend all major players—AB InBev, Molson, Constellation Brands, and Heineken—are participating in.

It is amid this climate that Miller Lite finds itself aiming more aggressively at Bud Light. Volumes for both have slid in recent years, though data from industry watcher Beer Marketer’s Insights indicates that Miller’s volume actually increased very minimally in 2016, up to 13.19 million barrels from 13.18 million in 2015. Still, it is easily dwarfed by Bud Light’s total of 33.75 million last year.

“Bud Light is the most popular beer in the country,” Pratt said. “If you are going to be the best, you have to compete against the best.”

Back in 2015, Fortune reported that Miller Lite enjoyed a rebound after a savvy marketing move to sell beer in Lite’s original can. Though volume growth hasn’t always been consistent since the relaunch, Miller Lite has generally enjoyed a steady period of market share gains within the “premium light” segment. Molson Coors has also said it intends to transition packaging to the white can label across all markets globally in the second half of this year.