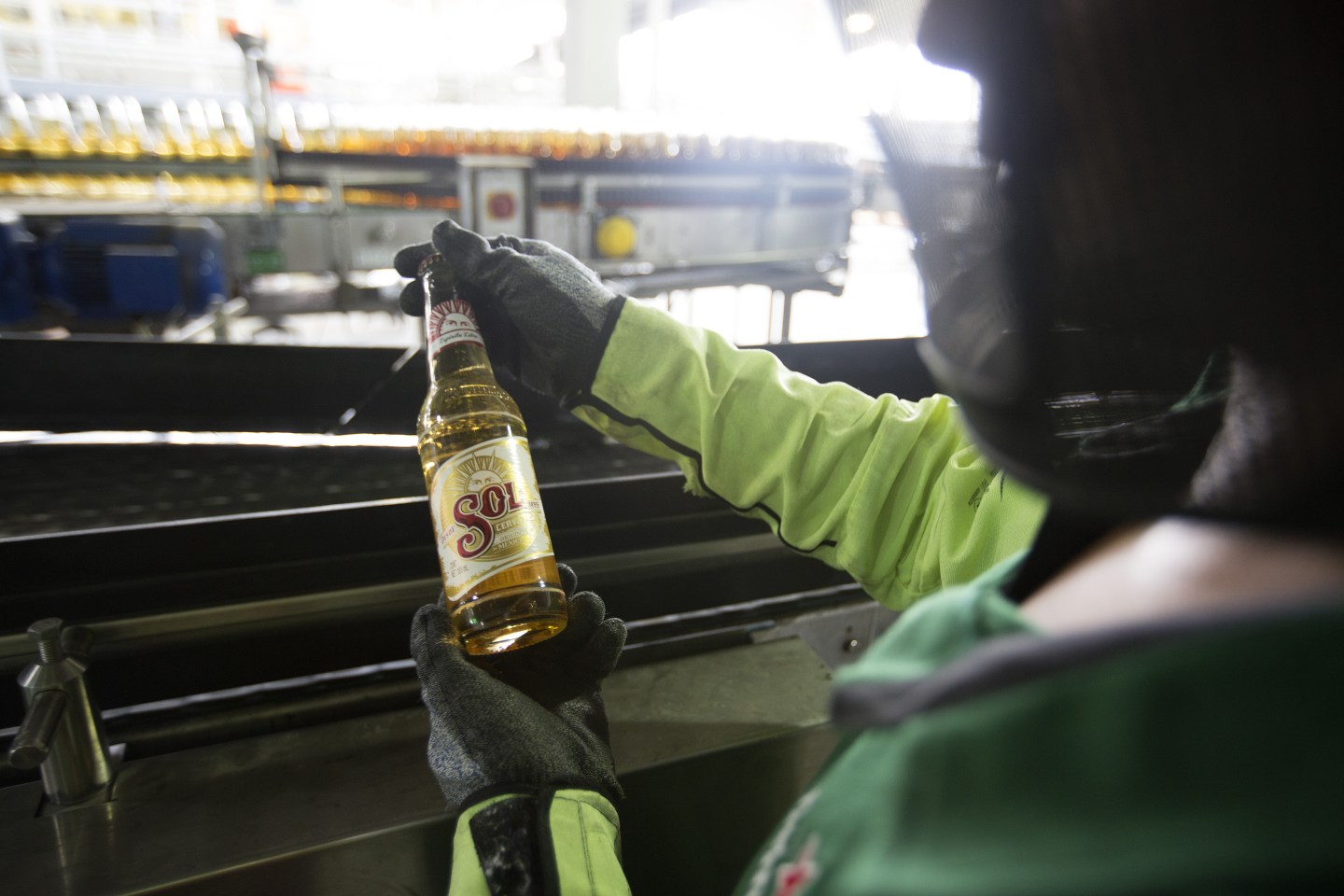 Molson Coors has tapped Heineken to ensure the Big Beer producer behind Miller Lite and Coors Light can participate in swelling American interest for Mexican-produced ales.

On Tuesday, Molson Coors (TAP-A) announced that it signed a 10-year import deal to allow it to import, market and distribute the Mexican-made Sol brand to the U.S. market beginning this fall. Sol, which is a brand that was established in 1899, is a pale lager with an ABV of 4.5% that has been part of Dutch brewer Heineken’s (HEINY) U.S. portfolio since 2004. Heineken has owned the brand outright since 2010, when it paid $7.6 billion to buy a handful of Mexican beer assets including Dos Equis and Tecate.

“Given the steady growth of the Mexican import segment in the US over the past few years, the addition of Sol represents a key addition to our portfolio,” Molson Coors CEO and President Mark Hunter said in a statement.

The deal will give Molson Coors access to a strong-performing Mexican beer import business that has benefited both Heineken and Corona and Modelo Especial maker Constellation Brands (STZ-B). Mexican-made beers have been strong sellers in recent years because they are easy to drink, much like many U.S.-made light lagers, but don’t stir the same scorn that some beer drinkers have for domestic beer brands like Bud Light and Miller Lite. As a result, they’ve done a stellar job stealing market share. Industry tracker IWSR last week reported consumption of Mexican beer imports rose 6% in 2016, while the overall beer business declined.

Until the deal with Heineken, Molson Coors had not yet participated in the Mexican import business, making it the only major Big Beer company to compete in the U.S. that didn’t compete in the space. Market leader Anheuser-Busch InBev (BUD) last year began to sell Estrella Jalisco to the U.S. market, a move that came after AB InBev sold some key Mexican beer import assets to Constellation Brands to win U.S. approval for a deal to buy Mexico’s Grupo Modelo. That deal has helped Constellation Brands report the strongest beer growth among the “Big Four” brewers.

Molson Coors says the Sol deal will benefit both brewers: it will combine Sol’s existing brand equity with Molson’s sales, marketing and distribution arms. Heineken, meanwhile, can focus more resources on the two fast-growing Mexican beers it has already placed a big bet on (Tecate and Dos Equis).

Sol will continue to be brewed in Mexico. After the completion of the 10-year pact between the Big Beer companies, Heineken will have the rights to reacquire the import rights for Sol. Financial terms of the deal weren’t disclosed.