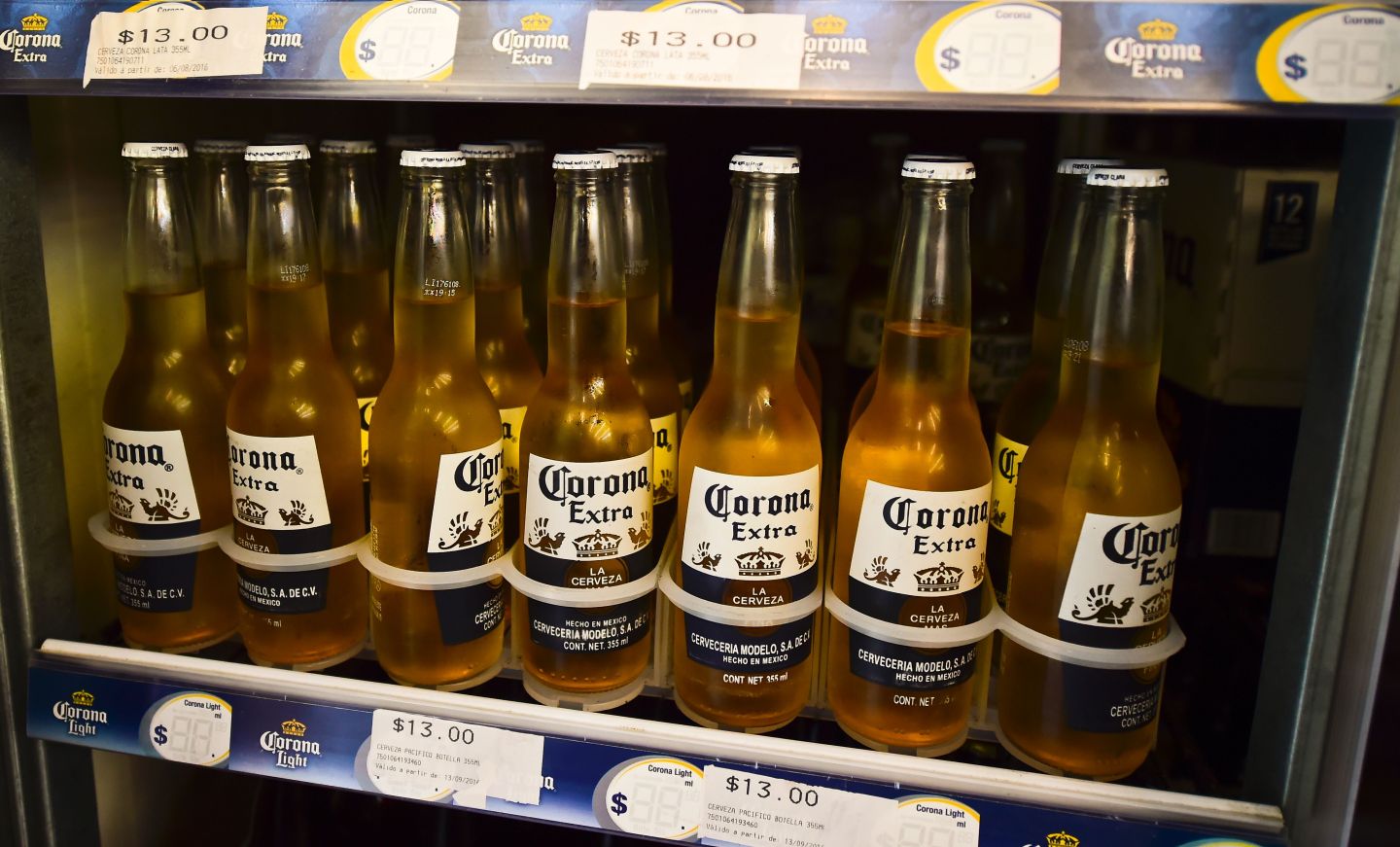 Investors are cheering the latest results from the beer maker behind Corona and Modelo Especial.

On Thursday, Constellation Brands (STZ-B) reported a massive 17% increase in net sales from the company’s beer business, which is benefiting from gains in volume and pricing for the Mexican beer portfolio that also includes Modelo and Pacifico. Those beers have been strong sellers because they are easy to drink, like U.S.-produced light lagers, but they don’t stir the same scorn that some beer drinkers have for domestic beers like Bud Light and Miller Lite.

“Our beer business continues to be a powerhouse for growth,” said President and CEO Rob Sands. Constellation Brands was the top growth contributor to American’s $108 billion beer market for 2016, as the business also benefited from Constellation’s acquisition of craft brewer Ballast Point.

The stellar growth at Constellation is expected to continue in fiscal 2017. The company said it sees beer sales growth between 9% to 11%. The industry has roughly been posting flat sales in recent years as consumers are favoring the spirits and wine categories. Constellation’s growth contrasts with Big Beer rivals like Anheuser-Busch InBev (BUD) and Molson Coors (TAP-A), which each posted declining sales to retailers in 2016.

But Constellation is also outpacing the small guys. The craft beer industry’s 2016 volume grew just 6%, vastly underperforming Constellation. Part of why craft is struggling is because buyouts of bigger craft players—like Constellation’s own $1 billion deal for Ballast Point—have hurt the industry’s trajectory because sales from Ballast and others that have been acquired are no longer deemed “craft.”

One other way that Constellation differs from most rivals is that it also competes in the wine and spirits industries. Sales from those businesses were up 6% in the latest year. Constellation has sought to remake the portfolio to be more “premium” by paying $160 million for craft whiskey maker High West and paying $120 million for high-end portfolio of Charles Smith Wines. Sands told analysts during a conference call that depletions—alcohol sold by wholesalers and distributors—jumped by double digits for those recently acquired, premium-priced spirits and wines in the fourth quarter of the year.

But Constellation also unloaded the Canadian wine business for $780 million. And that means that for 2017, Constellation is projecting the wine and spirits business will post a 4% to 6% drop in sales to account for that sizable divestiture.