Why Mexican Beers Continue to Outperform the Industry 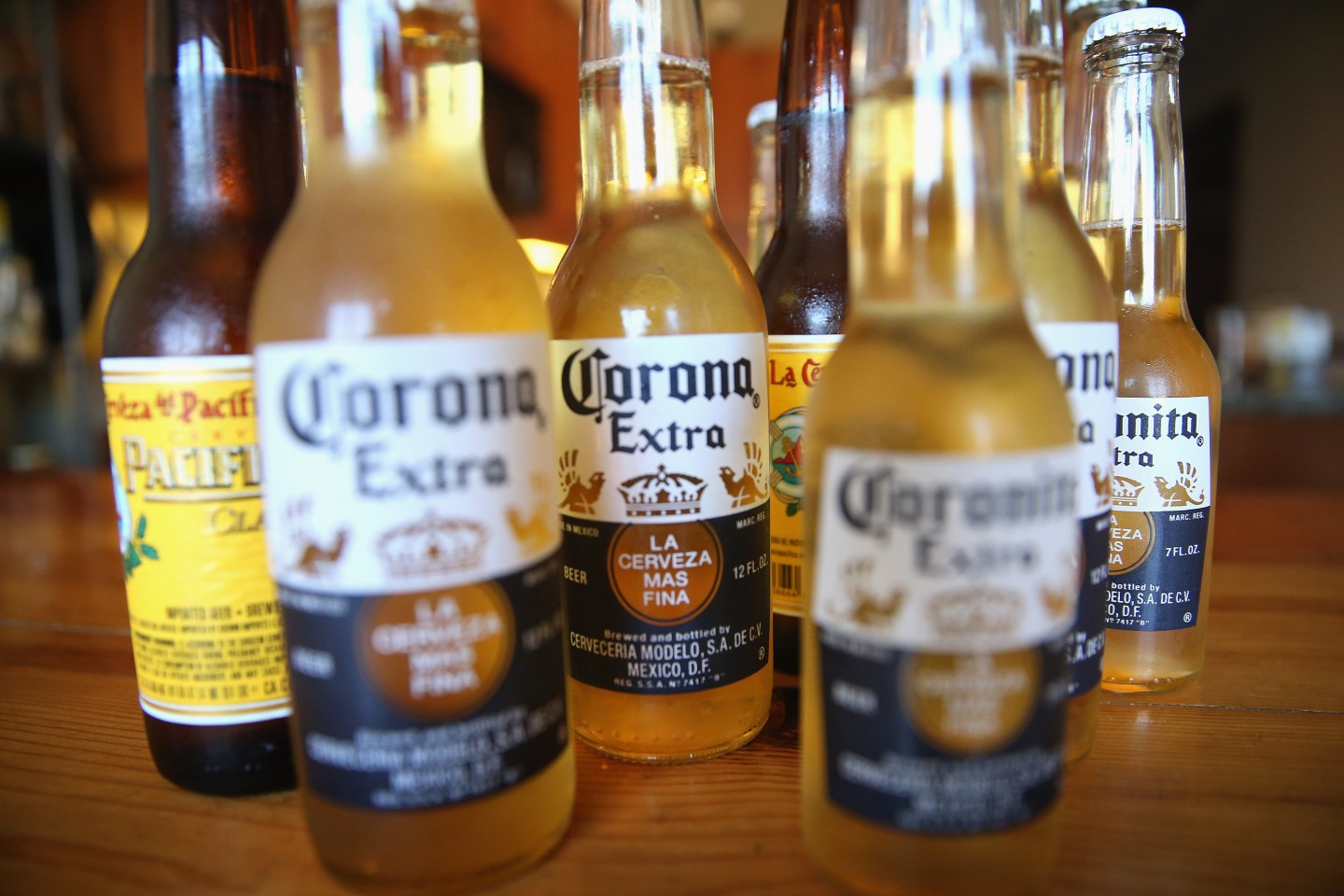 Given its relatively minuscule share of the $100 billion U.S. beer market, the craft beer industry gets outsize attention. That’s because craft is growing fast and has fueled rapid merger and acquisition action over the past few years.

Meanwhile, a different slice of the beer market is picking up more bar taps and retail shelf space. Mexican-produced beers like Corona, Tecate, and Dos Equis are notching consistent gains, with volume growth for those beers expected to continue in 2016 and beyond.

“They get stronger and stronger by the day, as importers like Constellation Brands and Heineken get savvier,” Harry Schuhmacher, editor and publisher of industry publication Beer Business Daily, told Fortune in an interview earlier this year. Those companies are spending more on marketing to help propel the growth of their Mexican imports business, he adds.

Schuhmacher says that beers like Modelo Especial and Corona are easy to drink, much like many U.S.-made light lagers. But they don’t stir the same scorn that some beer drinkers have for domestic beers like Bud Light and Miller Lite. As so, they’ve been able to steal market share from competitors.

The proof is in the sales data. Corona and Model Especial producer Constellation Brands (STZ) posted a 14% jump in net beer sales in the U.S. for the first six months of the company’s current fiscal year. Meanwhile, total U.S. beer market sales have been flat in recent years.

Constellation’s beer business represented 45% of total beer industry volume growth during the second quarter, boasted its CEO Rob Sands. That growth has helped lift Constellation’s stock by nearly 550% over the past five years and also helped the alcoholic-beverage producer land on Fortune‘s fastest-growing companies list for 2015.

Heineken, maker of Dos Equis and Tecate, is also a big beneficiary of the trend toward Mexican beers. Strong demand from those beers have helped the Dutch brewer outperform the slow-growing U.S. beer industry.

Marketers see even more opportunities to expand the audience for Mexican beers. Heineken Chief Marketing Officer Nuno Teles says his company will launch a national, English-language campaign for Tecate in 2016. And Constellation is planning Spanish-language TV ads for Victoria for the first time in the U.S. market.

“The beer drinker in America is looking for something new to discover,” says Jim Sabia, CMO of Constellation Brands’ beer division.

Teles and Sabia say their companies need to be careful about how they market their beers, as they need to appeal to a few key groups of consumers. On one end, they are marketing to Mexican-born Americans and multicultural millennials with higher awareness of the brands. But they are also trying to court non-Hispanics as well as Latinos from other countries who might not be able to tell the difference between a Tecate or Victoria.

Marketing campaigns that introduce these beers on American television often start out as regional, Spanish-language ads in Arizona, Texas, and other Sunbelt states. They eventually progress to national, English-language ads when the brewers see greater sales potential.

Beer executives say Mexican beers are winning over U.S.-produced rivals among some consumers for a few reasons. The Hispanic population has swelled by nearly 46 million over the last several decades. That group has helped fuel much of the growth.

While consumers from Mexico are already aware of Modelo Especial, Corona, and other locally produced beers, there isn’t as much knowledge in the general population. Modelo is the second-largest importer in the U.S., though Constellation says it found that roughly one in four U.S. beer drinkers in the broader market didn’t know anything about the brand.

“Modelo consumers for many years were from Mexico,” says Sabia. “We’ve been trying to cross over to other areas of Latin America.”

Heineken is aiming to exploit the fact that consumers are willing to try more beers than ever.

“Loyal consumers we don’t have any more because everyone is promiscuous,” says Teles, who estimates a typical beer drinker enjoys 14 different brands in their repertoire. “Every single month, you need to go out and recruit consumers.”