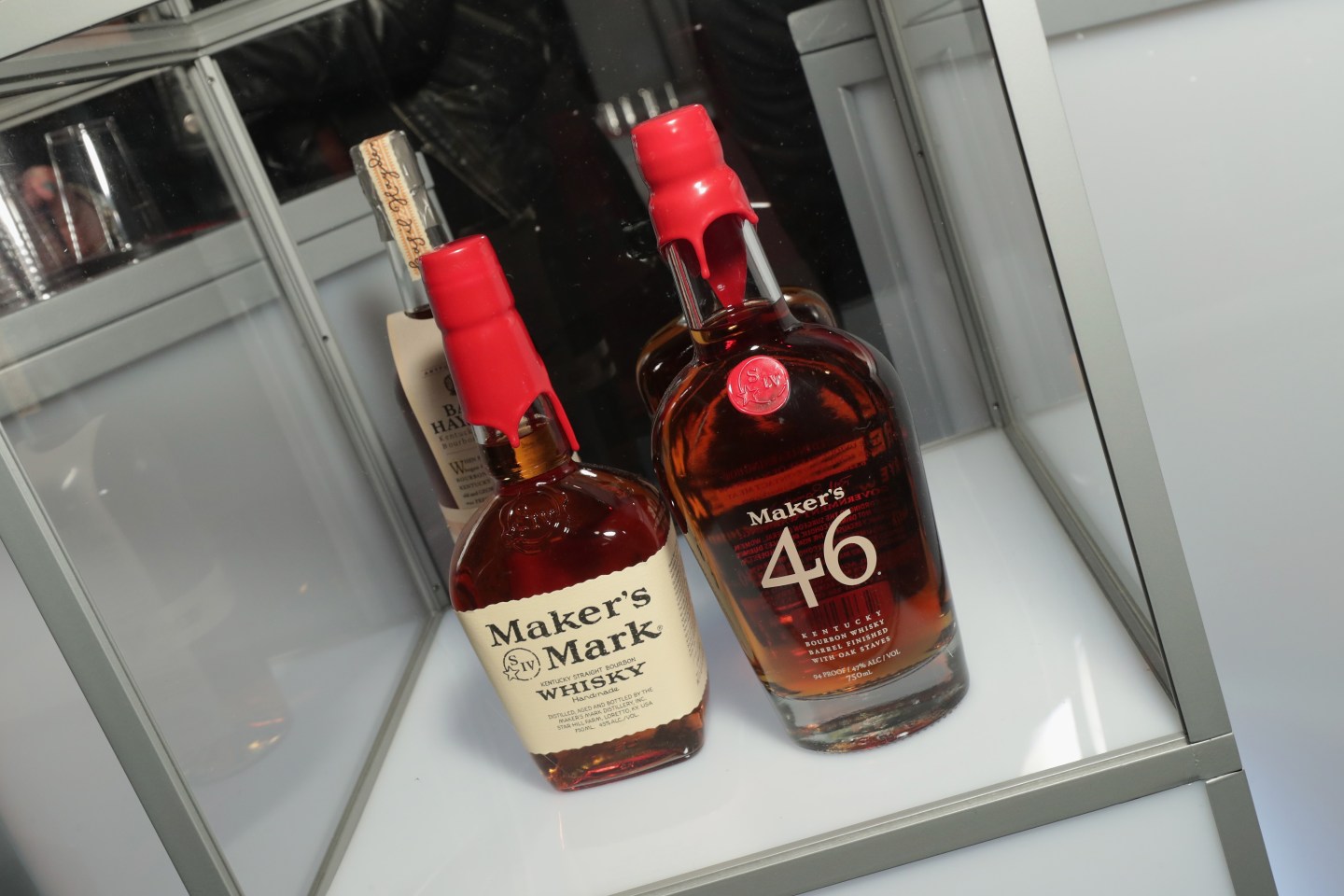 The spirits industry can raise a glass to yet another strong year.

The volume of spirits sold at retail locations rose 2.4% in 2016. Alcohol suppliers said sales rose an even faster 4.5% last year to $25.2 billion in the United States, spirits advocate Distilled Spirits Council reported on Tuesday. Even more impressive, it was the seventh consecutive year that spirits stole more market share from brewers. The spirits industry now commands 35.9% of the total alcohol market vs. 47% for beer and 17.1% for wine. Beer made up close to 60% of the alcohol market in the 1990s.

Spirit makers have had success launching a ton of new flavorful products—like honey and cinnamon flavored whiskeys and higher-priced tequilas—that have won over consumers. The cocktail scene has enjoyed a much-needed renaissance. Two decades of marketing on television and radio after decades of a self-imposed ban on such practices have also helped. Many of the brands are also able to sell drinkers on the legacy stories for their brands, some of which are hundreds of years old and still family controlled. Those stories are persuasive to millennials.

The strong sales in the U.S. bode well for big industry players like Diageo (DEO), Pernod Ricard (PDRDY), and Brown-Forman (BFB), as well as the emerging, fast-growing craft spirits industry that is mirroring the success craft brewers had in the beer world.

The American whiskey boom is thriving

U.S. drinkers increasingly are falling in love with a hometown hero. Volume for U.S. whiskey—which includes bourbon, Tennessee, and rye—jumped 6.8%, with revenue up 7.7% to $3.1 billion. It was a trend that even caught the attention of Fortune a few years ago, resulting in a cover story that focused on the booming business for bourbon. Why is it doing so well? After vodka enjoyed years of dominance, interest began to wane and consumers looked to something new. They started falling in love with American whiskeys, which generally gets flavor and color from barrel aging. Whiskey makers would describe vodka as “odorless and tasteless,” and that message began to resonate with some drinkers.

But American whiskey isn’t alone in enjoying this resurgence in demand. Volumes were up in the double-digits for Irish whiskey and cognac, and increased slightly for Canadian whisky. Scotch was the laggard—only increasing 0.5% for single malt but posting a slight decrease for blended.

The “clear” spirit had suffered a setback of sorts after the category began to embrace crazy confectionery flavors like cotton candy and birthday cake, after years of successful flavor innovation that had focused on more traditional flavors like orange or vanilla. But flavor experimentation has become more streamlined—manufacturers even pulled low performing flavors off liquor shelves and are more recently touting new flavors that are more natural. Distilled Spirits Council reports that volume for vodka, which represents about one out of every three spirits sold, was up 2.4%. Even flavored vodkas returned to growth.

That’s good news for Diageo, which makes Smirnoff, Ketel One, and Cîroc, as well as Absolut producer Pernod Ricard. But much of the credit must go to an outsider: While the Council doesn’t name names in the report, Tito’s Handmade Vodka has been a star performer. Tito’s isn’t owned by a big alcohol beverage maker.

This term is the industry buzzword that explains how liquor brands have had success selling consumers on the idea that they should drink less, but “better.” The idea: You’ll get a more pleasurable alcohol consumption experience (and a less intense hangover) if you drink spirits that are produced with higher quality ingredients. Brands have poured millions of advertising dollars into this message and it is clearly resonating.

This trend favors the priciest spirits, like Glenlivet, Macallan, Grey Goose, Patron, and some Remy Martin and Hennessey offerings. Volume for “super premium” spirits jumped 10.8%, while the next-highest priced grouping “high end premium” posted a 5.5% increase. That made up for weakness on the bottom shelf, where volume actually decreased.