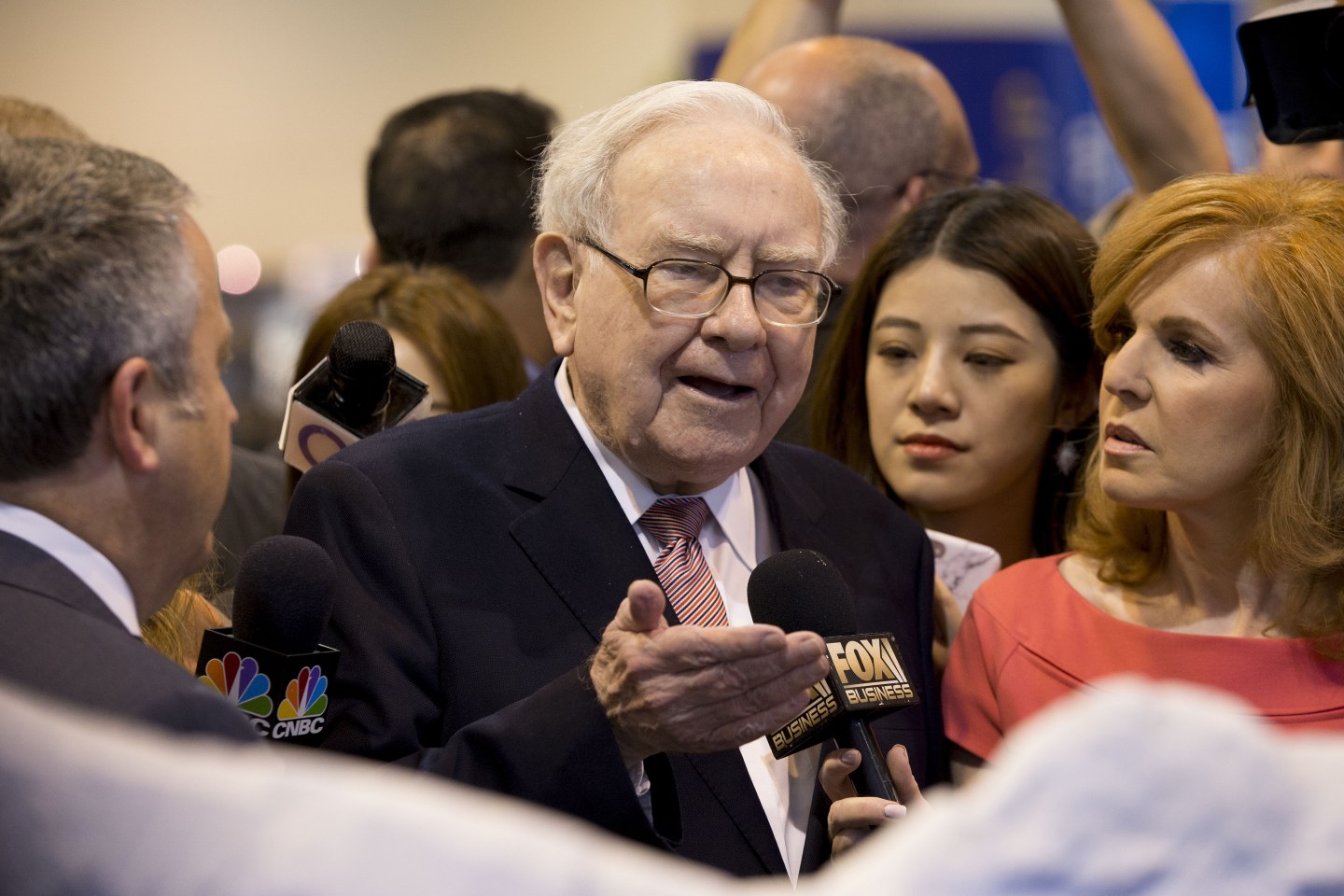 Though Warren Buffett has long championed dividend stocks as part of his investment philosophy, when it comes to his own company, Berkshire Hathaway (BRK-A), the investor has been loath to pay dividends. Buffett’s logic is straightforward: The Oracle of Omaha thinks he can make more money for shareholders by investing their money than they can make for themselves with it.

Yet in a sign that the 86-year-old stock-picker is thinking of his company’s future without him, Buffett suggested at the Berkshire Hathaway annual meeting Saturday that he is now considering the possibility of Berkshire’s stock eventually paying a dividend.

Buffett’s change of heart would be both a boon to his shareholders and somewhat ironic: The investor has publicly espoused the value of income-paying stocks, particularly for retirement savers, but may bring dividends to Berkshire just as he prepares to retire himself. (And, in an added twist, it would almost certainly persuade more retirement savers and retirees to own the stock.)

The topic arose at Berkshire Hathaway’s shareholder meeting in Omaha, where Buffett talked about his struggles to find ways to deploy the company’s enormous hoard of more than $90 billion in cash, at a time when it has been difficult to find worthy investments at an attractive price.

“When the time comes—and it could come reasonably soon, even while I’m around—and we really don’t think we can get the money out in a reasonable period of time into things we like, we have to reexamine, then, what we do with those funds,” Buffett said. “And at that time that we make a decision, it might include both, but it could be repurchases, it could be dividends.”

Berkshire Hathaway has previously said it was willing to buy back stock, but dividends would mark a a dramatic reversal from just a few years ago, when Buffett had opposed a shareholder proposal calling for Berkshire Hathaway to start paying them. In Buffett’s annual letter in 2015, he gloated that 98% of shares voted were against the proposal, a result he interpreted as, “‘Don’t send us a dividend but instead reinvest all of the earnings,'” adding, “To have our fellow owners—large and small—be so in sync with our managerial philosophy is both remarkable and rewarding.”

Buffett is right that, for most of his stock-picking history, shareholders have likely been better off leaving their money in his care rather than siphoning the cash into their own accounts by way of dividends: Since 1965, Berkshire Hathaway stock has delivered annualized returns of nearly 21%, more than double the S&P 500. In the past year alone, nearly all of Buffett’s stocks are up, particularly Apple (AAPL), which now happens to be the world’s top-paying dividend stock in terms of dollars paid out.

Still, Buffett is uncomfortable with keeping so much of Berkshire’s cash parked on the sidelines, and acknowledges that the pressure is on to figure out whether to spend it—likely on a major acquisition—or pay it back to shareholders. “We don’t like that and we shouldn’t use your money that way for a long period of time,” he said at the meeting. “There’s no way I can come back here three years from now and tell you that we hold $150 billion or so in cash or more and we think we’re doing something brilliant by doing it.”

If Berkshire does decide to pay dividends, it would have to commit to maintaining that payout over time, Buffett said, as cutting it could have disastrous consequences for the company’s share price.

The trick for Buffett is finding a big enough company to buy, as Berkshire Hathaway has enough money to acquire several Fortune 500 companies and still have cash left over. Earlier this year, Buffett had backed a bid by Kraft Heinz (KHC), one of Berkshire’s top holdings, to buy Unilever (UL), but the European consumer products company rebuffed the offer. The investor and his business partner Charlie Munger haven’t stopped hunting for new targets, Buffett promised. “We both would do a very, very big deal,” he said. “If we find a really big deal that makes compelling sense, we’re going to do it.”

If not, Berkshire Hathaway stock may very well pay dividends one day.