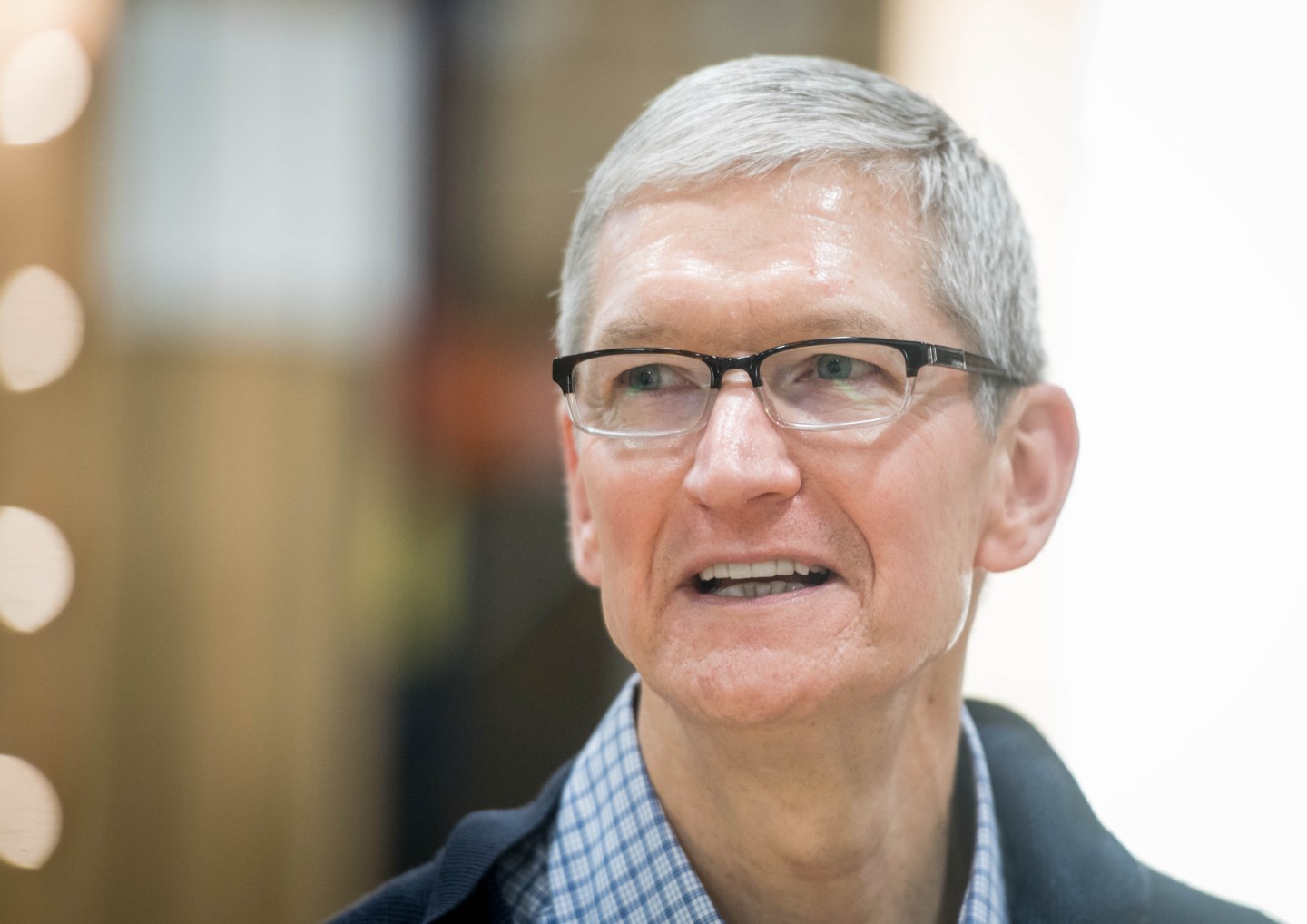 Apple is now paying out more cash in the form of dividends to its shareholders than any other major publicly traded company in the U.S.

That’s one thing investors can be glad about after the tech giant posted disappointing results for its second quarter Tuesday. Shares dropped roughly 1% when Apple revealed that revenue for its flagship product, the iPhone, had risen a meager 1% to $33.2 billion—which CEO Tim Cook attributed to consumers holding out for the iPhone that’s rumored to release later this year.

For now, Apple is offering its investors a more concrete and immediate form of gratification—a 10.5% hike in its quarterly dividend, which will help boost investors’ total returns. That translates to a quarterly payout of about $0.63 per share starting May 18.

A handful of quarters and dimes may not sound impressive at first, but from a big picture perspective, Apple will be sending its investors $13.2 billion annually—nearly 30% of its earnings over the last four quarters, and nearly enough to match Twitter’s total value by market cap: $14.1 billion. It also means that over the next year, Apple will be paying more back in dividends than any other publicly traded company, beating out oil giant Exxon Mobil for the position, according to Howard Siliverblatt, veteran market watcher and senior index analyst at S&P Dow Jones Indices.

Before Apple announced earnings Tuesday, Exxon was king of that hill, paying about $12.8 billion over the next year in dividends after hiking its payout for the 35th year in a row.

The cash flow doesn’t stop there for Apple shareholders. The tech company has also returned an additional $151 billion to shareholders since its fiscal year 2013 in the form of share buybacks—a move that has reduced share count and boosted earnings per share by about 21% in the past four years, according to Silverblatt.

And once again, Apple announced Tuesday that it would increase its share buyback program, saying it would return $210 billion through March 2019. That implies that on average, Apple will buy back some $31.4 billion worth in shares over the next year.

Famously, Apple’s late CEO Steve Jobs shied away from share buybacks and dividends, with Jobs saying he preferred to hold onto his burgeoning pile of cash for the sake of “security and flexibility.” It was only after Tim Cook took over the company as CEO in 2011—and after investors such as Carl Icahn called for much a “bigger and immediate” buyback program in 2013—that Apple’s dividend and buyback programs ballooned to the current sizes.

Share buybacks are considered best for a company when its shares are undervalued. Icahn at least got that right when he bought into Apple in September 2013. Since then, shares of the company have risen 147%. But he may have done better if he had actually kept his stake in the company up until this point. Instead, when Apple’s troubles in the Chinese market became apparent in April 2016, Icahn sold his stake after Apple’s stock had risen 53% since he first bought in—measly returns compared to if he had stayed in another year.

The question now, though, is if Apple’s shares are still undervalued, considering declining sales in 2016 and today’s disappointing earnings.

If Wall Street analysts are to be believed, this answer will depend upon the performance of Apple’s yet to be revealed, yet unnamed, and yet heavily talked about iPhone 8/iPhoneX.