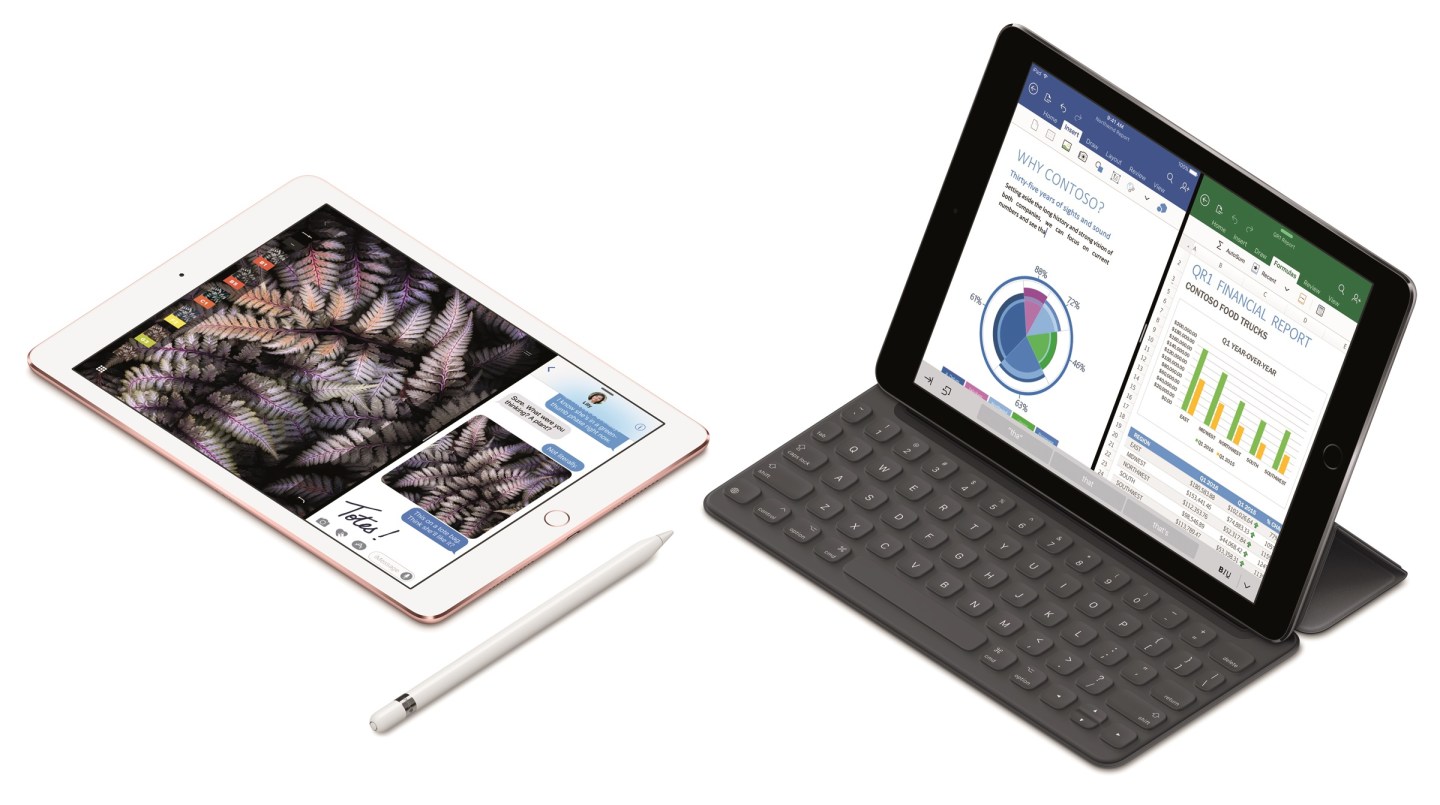 Not surprisingly, much of the analysis on Tuesday centered on iPhone unit sales slipping 1% from the same period a year earlier. Some analysts questioned whether the near future will be similarly challenging.

But the iPhone’s poor performance overshadowed a couple of other more positive surprises: iPad sales weren’t as bad as they could have been and sales in Apple’s “Other Products” division, which includes the Apple TV set-top box, Apple Watch, and Beats headphones, jumped after a string of declines.

Apple’s iPad unit has been declining over the past few years. Customers are holding onto their tablets for longer instead of buying new ones. Meanwhile, many people are shifting to two-in-one hybrid computers that can be used both as notebooks and tablets, and that Apple doesn’t make.

At first blush, the iPad’s performance last quarter may appear to be disappointing. After all, iPad unit sales fell 13% and revenue slid 12%. But as BMO Capital Markets analyst Tim Long said in a note to investors on Tuesday, those results were actually better than expected.

He had expected Apple’s quarterly sales to hit 8.5 million units, compared to the 8.9 million it actually sold. The iPad division’s average selling price was $436 on the quarter, topping his $429 estimate.

The iPad, in other words, was expected to do worse that it did. And the unit beat expectations without the full impact of its new iPad, a tablet it released near the end of its fiscal quarter ending April 1.

It’s hard to call Apple’s (AAPL) iPad sales last quarter a success, but its surprise performance was a silver lining.

Even better news came by way of Apple’s Other Products division. During the latest quarter, revenue in the unit rose 31% to $2.9 billion, the first gain in a year.

In a note to investors, BMO Capital Markets’ Long said that the higher revenue was actually better than Apple’s data suggests. In his own analysis, Long said that if the Apple Watch was excluded from the Other Products revenue, the division’s year-over-year sales have declined for nearly three years. The unit has grappled with declining iPod sales, among other problems, the analyst’s data shows. But Apple Watch’s strong sales have lifted its performance.

Long had anticipated that total revenue in Other Products would be $2.6 billion in the latest quarter, lower than the actual $2.9 billion reported. He attributed the better-than-expected performance partly to Apple Watch, but he also said that Apple’s AirPods had a strong quarter. Beats, Apple’s headphone-making subsidiary, also did well, according to Long.

Still, even with better-than-expected performance in the iPad and Other Products divisions, the combined revenue of the two divisions is nearly $6.8 billion, or only 13% of Apple’s overall revenue. Softness in the iPhone division, which accounts for nearly 63% of the company’s business, has far greater impact.