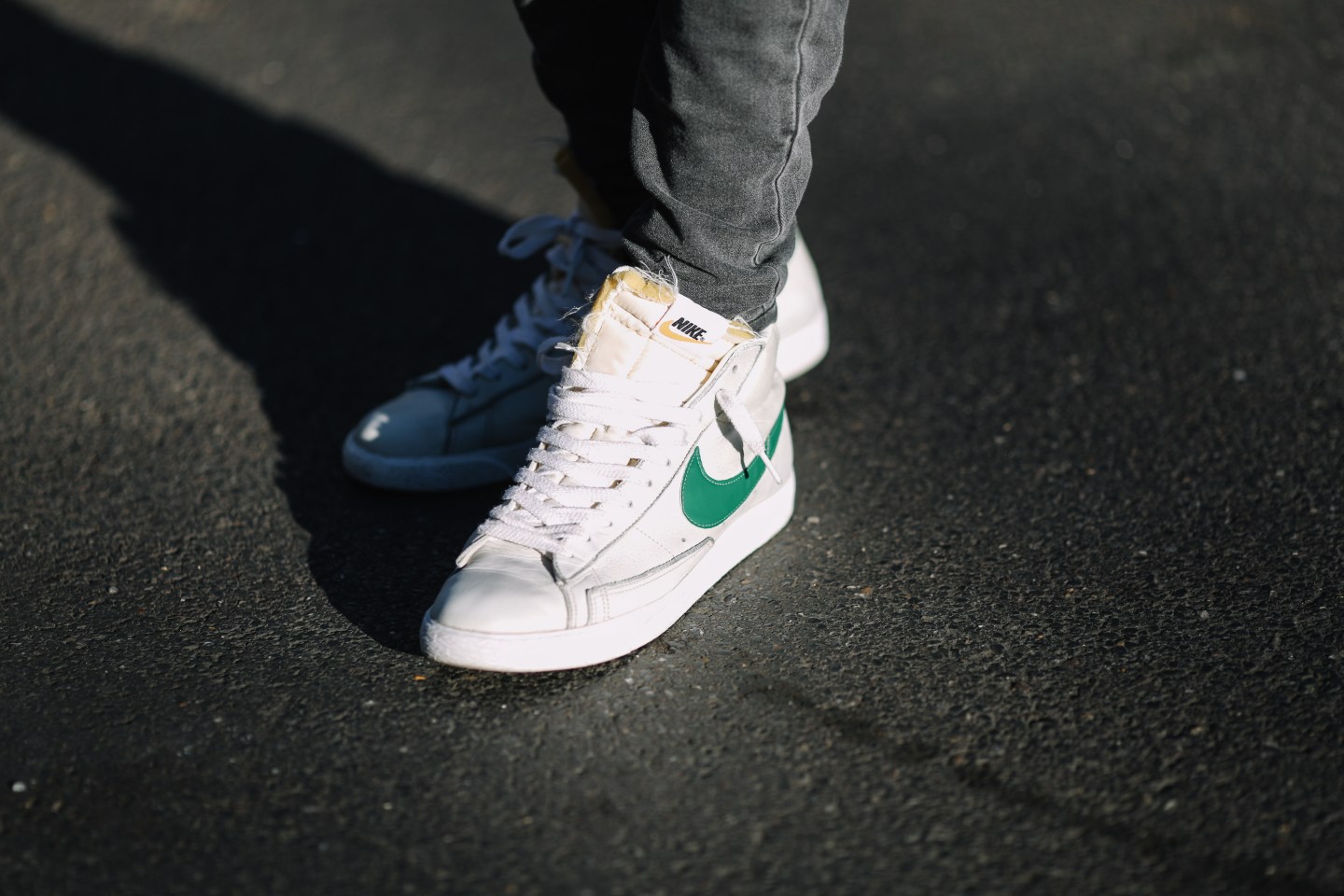 The Oregon-based athletic gear maker on Tuesday issued strong fiscal second-quarter results, including better-than-expected growth on revenue, up 6% to $8.2 billion vs. the $8.09 billion Wall Street had projected. Per-share earnings were 50 cents, also above the 43 cent estimate. The strength builds on an impressive first quarter report back in September, when Nike (NKE) results were boosted by the Rio Olympics. In fact, Nike executives said the company has reported growth for 28 consecutive quarters. Wall Street cheered the news, sending shares up as much as 5% in after-hours trading.

The after-hours stock gain, however, lost some steam as investors focused on ho-hum figures involving “future orders”—a metric beloved by investors as it gauges future sales trends. Nike’s orders are up 2% in constant dollars, missing Wall Street’s 5.2% estimate. Nike executives have said that the future orders correlate less with real sales trends because it excludes sales of Converse, Nike golf gear, and some other goods. But investors seem to disagree, as futures numbers still moved the stock.

With Nike’s sales increasing 3% in the key North America market, the results are the latest proof that athletic apparel remains a growth spot as many peers—in particular department stores, luxury brands, and apparel brands like Gap and J. Crew—struggle. Nike isn’t alone in benefiting from the greater interest in sportswear. Lululemon Athletica (LULU) earlier this month pleased investors with a strong quarterly report, while German-based Adidas is rebounding in North America. Under Armour (UA) is the laggard of late—sales are still increasing but not as much as analysts have hoped.

Nike is growing, but Wall Street isn’t giving the company a ton of credit. Shares so far this year have slipped 17% as of Tuesday’s close. The broader Dow Jones Industrial Average—of which Nike is a component—has increased by double-digits over that same period. So while Nike sales are growing, it is missing out on the rally other stocks are enjoying. The reason the stock has taken a hit is because of worries about a slowdown in Nike’s basketball business—which Nike admits it missed on last year—and worries of market share losses to Adidas and Under Armour.

“Our basketball business is much healthier today than it has been at any point over the past 18 months,” said Trevor Edwards, president of Nike brand, during a presentation to analysts. He promised Nike’s basketball revenue would return to growth in the back half of the current fiscal year, lauding new product launches including the new global launch of the Space Jam collection.

One area where Nike is excelling in particular is the company’s push to sell more goods through direct-to-consumer (DTC)—that means sales at Nike-owned stores or the company’s website. CEO Mark Parker told analysts that during the second quarter, direct-to-consumer grew 23%, with Nike.com sales soaring 46%. “There continues to be much more growth potential ahead for Nike in DTC,” he said.

With DTC sales outpacing the overall business of late, Nike is investing more behind the Nike.com and brand-owned store experience at a time when traffic at department stores slows and some specialty sports sellers, like Sports Authority, go bankrupt. As a result, it is important for Nike, Adidas, and others to control their own destiny by opening more stores and selling more goods on their own websites.