Adidas Is Once Again No. 2 in America 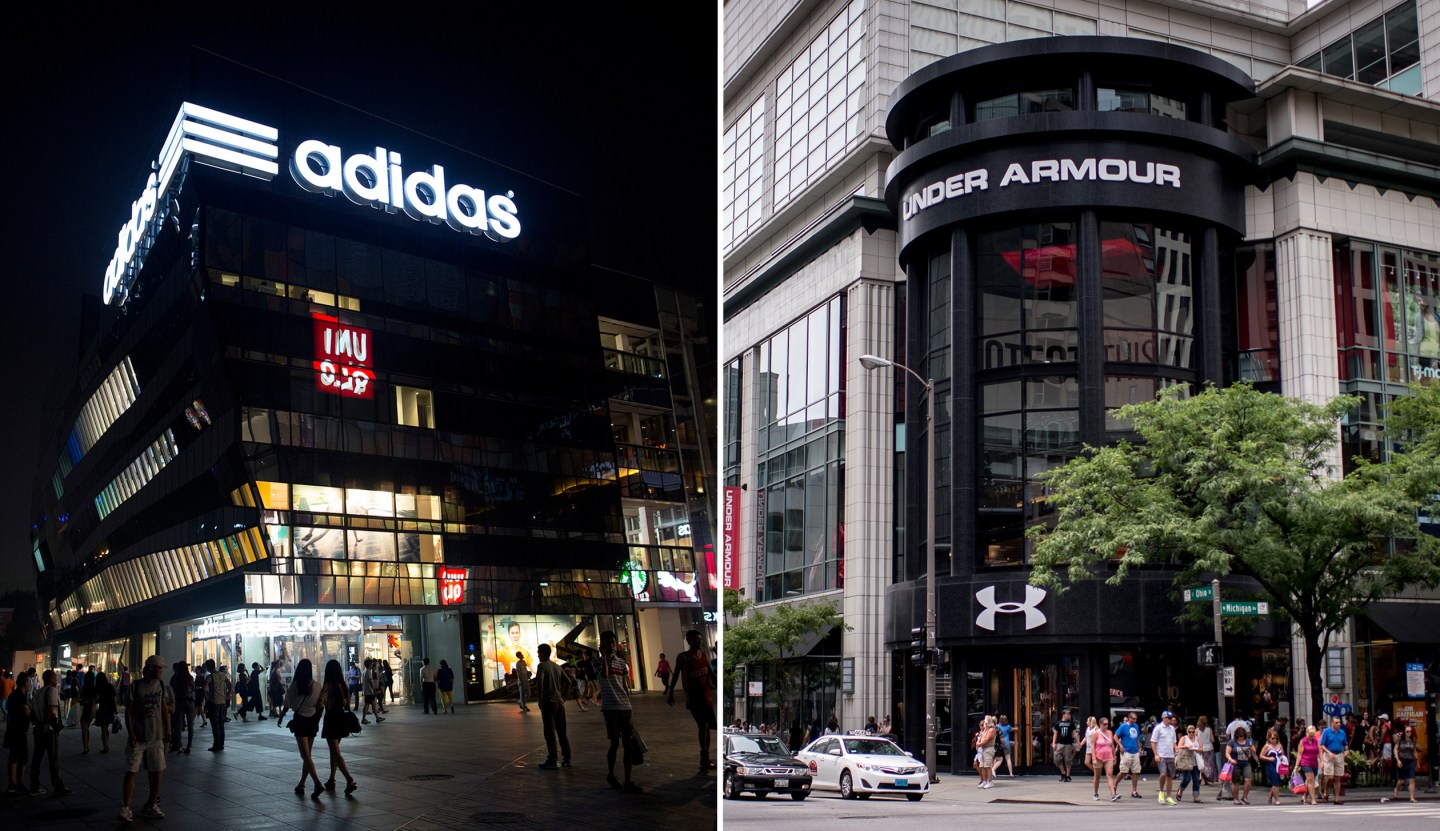 Pedestrians walk past an Adidas AG store in the Sanlitun area of Beijing, China, on Sunday, Sept. 7, 2014. China is scheduled to release figures on consumer and producer prices on Sept. 11. Photographer: Brent Lewin/Bloomberg via Getty Images Pedestrians walk past an Under Armour Inc. store in Chicago, Illinois, U.S., on Saturday, July 23, 2016. Under Armour is scheduled to release earnings figures on July 26. Photographer: Christopher Dilts/Bloomberg via Getty Images
Getty Images

Adidas has hit an important milestone: The German athletic wear maker recaptured the No. 2 sports brand position in the U.S. from rival Under Armour.

Matt Powell, a sports industry analyst with research firm NPD Group, shared in a tweet earlier Tuesday that Adidas was the second-largest seller of sports footwear and apparel in America behind Nike (NKE). The move up comes two years after its smaller rival Under Armour (UA) generated major headlines for pushing it to No. 3.

Losing the No. 2 spot was especially bruising for Adidas, as it generates more than $18 billion in global sales annually vs. just about $4 billion for Under Armour last year. While both have significant distribution in the U.S. market through relationships with key retailers like Dick’s Sporting Goods (DKS) and their own stores, Adidas is more entrenched in the American sportswear culture from a historical perspective. Under Armour is just 20 years old, while the Adidas brand has been around since 1949.

From NPD Retail Tracking service, Adidas has once again attained #2 spot in US sport footwear & apparel, passing UA. and behind Nike/Jordan

There were already plenty of hints that a reversal of their positions was on the horizon. When Adidas reported quarterly results in August, its North American growth bested the latest results from Under Armour and Nike. Much of the credit can go to Mark King, who became president of the North American business in June 2014 with a mandate to make the brand more on trend after it focused too much on euro-centric design and marketing decisions.

When King first took over, he met with Fortune to explain his vision for Adidas. His goals were to focus the brand more on running, basketball, and the stylish everyday wear “originals” business. He vowed to report double-digit sales growth in the region, results that Adidas has been delivering of late.

When asked if it was important to get back to the No. 2 spot in the U.S., King downplayed the ranking: “I don’t think we think about it in those terms. We have to be better, and we have to compete more. We have five times the assets that Under Armour does to be able to compete. I think if we do the right things, we certainly will compete at a much higher level.”

A resurgent Adidas has put additional pressure on Under Armour, whose shares slipped more than 13% after executives warned sales growth would slow over the next two years. With Adidas moving back into an offensive position, Under Armour is now playing defense.