Adidas top exec: We need to look cool again in the U.S. 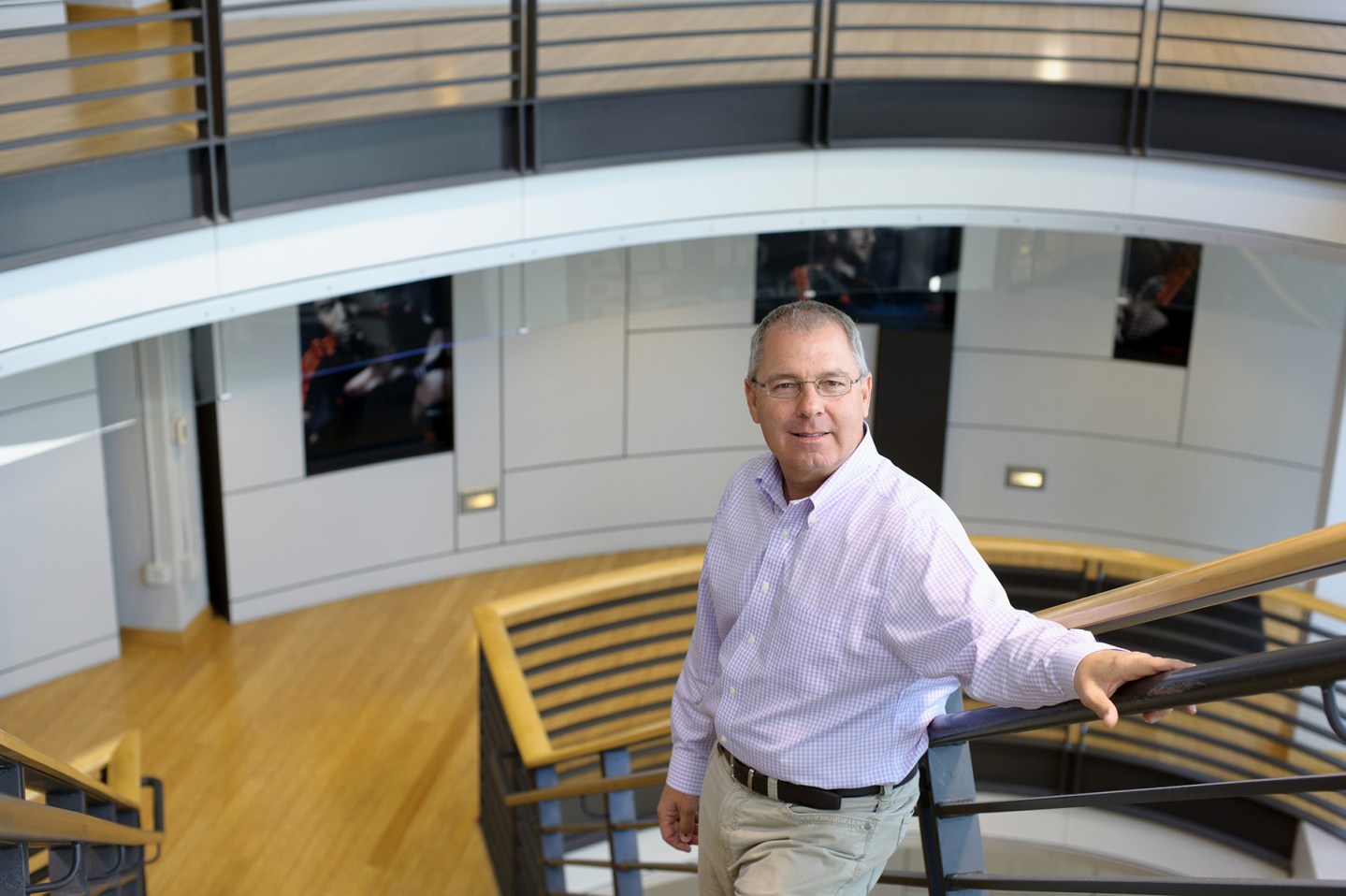 Adidas has set up a fairly lofty challenge for recently promoted Mark King: make the German sportswear company cool again in the U.S.

Less than a year ago, King — the executive that doubled sales of the company’s TaylorMade-Adidas Golf business in the span of a decade — was appointed president of the company’s North America business. He officially took over the reins in June 2014, an appointment that Adidas has touted as a display of its commitment to the North America marketplace.

The problem he faces? That North America business is in shambles.

The company’s sales in the region have tumbled 7% for the first nine months of 2014 despite an overall increase in sportswear gear sales, as consumers buy more shoes, tights and shorts for working out and even for their casual streetwear needs. Sales for that region totaled $2.27 billion for that period, just a tiny sliver above Under Armour (UA), which posted a 28% sales jump to nearly $2 billion in sales. But analysts say that full 2014 data will show that Under Armour’s U.S. sales are larger. That’s a massive increase for Under Armour, which generated under $1 billion in sales for the entire company as recently as 2009.

Turning around the U.S. business is “the top priority” for Adidas, according to recent statements from the company’s leadership; Adidas wants to report double-digit sales growth in the region. Early steps to get there include greater advertising spending, a move to sign hundreds of sponsorships with NFL and MLB players (the target is 500 players for those two leagues alone), and a plan to change the look of the company’s retail stores. Notably, Adidas is planning to run ad campaigns in the U.S. each quarter, sharply moving away from the traditional strategy to run one global campaign each year.

“We want to be grounded in U.S. sport: football, baseball and basketball,” King said. “We’ve touched them from the fringe, but haven’t invested in a big way.”

Analysts say Adidas has lost share in the U.S., and a big problem has been how it designs products for the market. While Nike (NKE) and Under Armour have been busy churning out new colorful designs for their apparel and shoes, Adidas has stuck to a more traditional look that hasn’t resonated with consumers. King said one of the first things he did to address this issue was pull the Adidas design team out of the European market and move it to the company’s office in Oregon. He wants all eyes on the American viewpoint, with marketing campaigns over the next few years mostly focused on the U.S. athlete rather than telling the Adidas story from a global soccer perspective.

Fortune sat down with King to talk about his view of the U.S. business and the early steps Adidas is taking to make the brand cool again. The interview has been edited for length and clarity.

Fortune: Some analysts have said that Adidas takes a European view of sportswear and tries to force it on American consumers. Why do you think that isn’t really working today?

King: We have done OK in America, but we haven’t competed at a top level with the other two brands in the market — Nike and Under Armour. So whatever we have been doing, it hasn’t been working as well as we want. It wasn’t hard to convince people about that. If we’re going to compete, we have to do things differently. Because this doesn’t work. Yes, soccer always needs to be something that we focus on, but a sport we need to be involved in is football. There is a big investment in football.
[fortune-brightcove videoid=4000628477001]

Secondly, yes we’re a performance brand, but our designs need to resonate with the U.S. athlete. Until we look cool to an American kid, we aren’t going to sell any gear to them.

You’ve been on the job for a little over six months. What have you learned about where your North America business is headed?

If the U.S. business was a stock, we are undervalued. I think we have a lot more assets than we’ve taken advantage of. We haven’t put it together in a story that says, ‘Hey, if you’re a young athlete in the U.S., Adidas is a cool brand for you.’ We can do a much better job telling our story today, half of the challenge is storytelling.

What are the greatest growth opportunities in the U.S.?

There are three opportunities for us. One is running; we have a market share there that’s not as strong as it should be. Basketball is another opportunity. And thirdly, the whole style side, which we call “originals.” We are going to put our money in those three categories — on everything from products to design, and advertising — and aim to gain market share through those categories.

I was talking to an analyst about apparel in the athletic space in the U.S., and we were talking about Nike, Under Armour, Lululemon and a couple of other brands. I mentioned your company’s name and the analyst laughed and said, “They aren’t in the conversation.” How do you get back into the apparel conversation?

In my experience people buy apparel because they like the brand. So how do you get back in? You become a cool brand. And getting back in the game depends on the execution of distribution, exposure, design — all of that gets us back into the conversation. From there we can look to disrupt the marketplace. Ideally, we’d do that with a breakthrough product, or a technology no one else has.
[fortune-brightcove videoid=3993503082001]

Is your goal to get back to number two?

We don’t think about it in those terms. Until the last two or three years, Under Armour was a $1 billion-$1.5 billion in the U.S., and now they are at $2.5 billion, so it is really in the last couple of years that they’ve taken market share from us. We are moving quickly because we don’t have a lot of time and we need to get into the game quickly.

Is the design aesthetic also under review? The three-striped side — is there any thought about using that less? I don’t see runners wearing that in Central Park ever. I don’t think that’s on trend right now.

If you look at our football cleats and basketball shoes today, very few have the traditional three stripes as prominent as in the past. Certainly you’ll see the logo somewhere, but you will also see variations to where it has been in the past, especially in running and soccer — those have been the two most grounded in that style, and I think over the next two or three seasons, you’ll see pretty radical shifts there. We are in a category that is both performance and style. It needs to be fresh and new all the time.