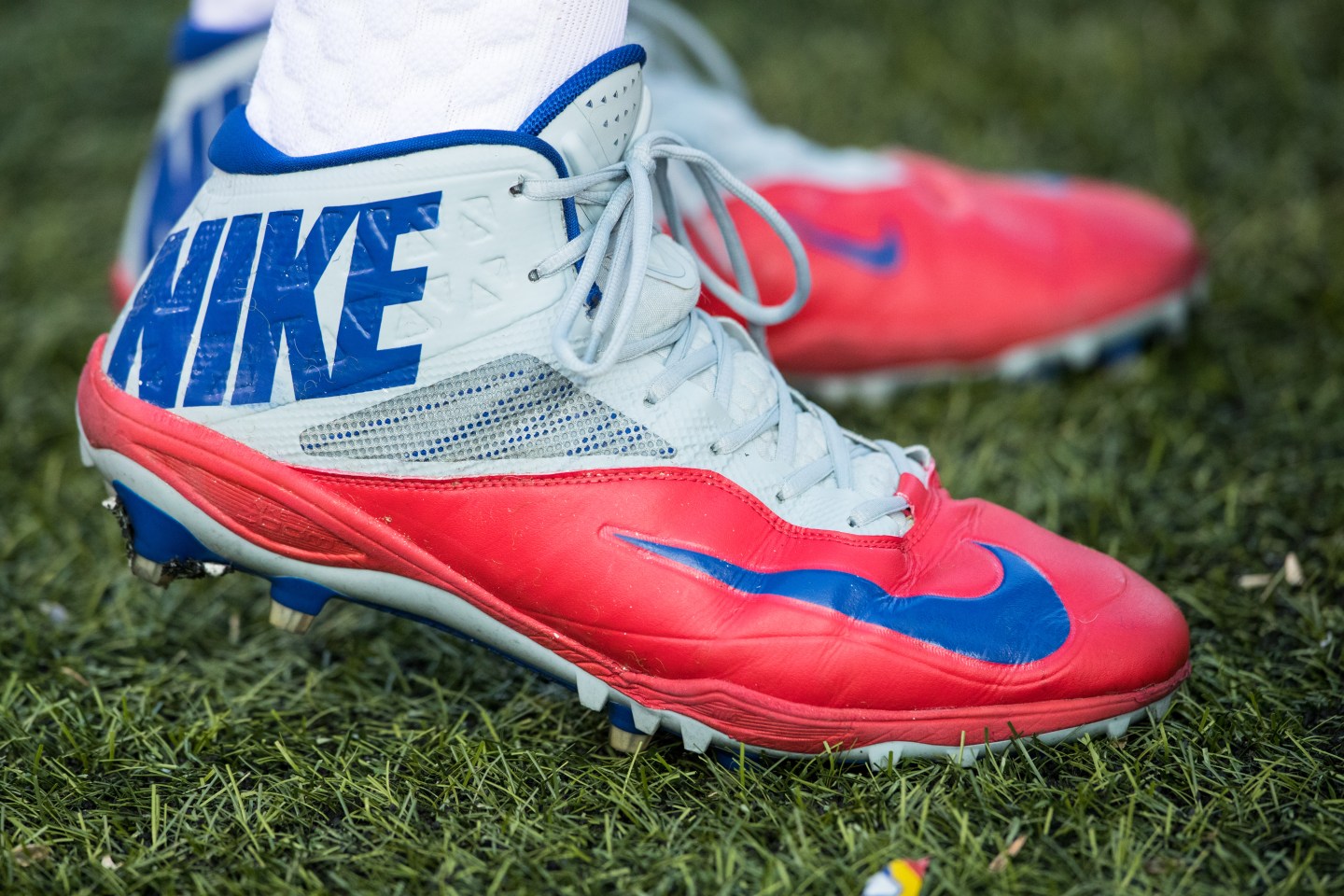 The Rio Summer Olympics helped give Nike the golden performance it needed.

Heading into Tuesday’s earnings report, Wall Street had fretted about the strength of the world’s largest athletic gear maker at a time when Under Armour (UA), Adidas and other rivals were posting stronger sales in the competitive North American market. Talk of a weakening “brand” among consumers began to surface after a ho-hum sales quarter in June. The stock has been muddled—down 12% so far in 2016.

But the Olympics gave Nike (NKE) a much-needed and important jolt. In the latest quarterly results, which coincided with the Games—when sports command the world’s attention—show Nike has still got it. Revenue jumped 8% to $9.1 billion, while net profit increased 9% to 73 cents per share. Analysts had projected $8.9 billion and 56 cents, respectively.

“This summer proved just how powerful sport can be around the world,” CEO and Chairman Mark Parker told investors during a conference call. He added that activewear apparel and shoes was outperforming their broader categories, making it a “great time to be in the business of sports.”

Nike posted consistent sales growth across all the major markets it serves, including a 6% jump in sales in North America and double-digit gains in China, Japan, and most regions in Europe. The growth in North America is particularly notable, as Nike had posted flat sales when it reported quarterly results in June.

That market is highly competitive: it is where Under Armour is the biggest threat to Nike, represents a big portion of Lululemon Athletica’s (LULU), and is also where German-based Adidas has found itself back in style after several quarters of underperformance. There have also been pressure from fast-fashion retailers, luxury brands and department stores that all want a piece of the popular “athleisure” trend—sporty shirts and shoes that are increasingly worn in bars and restaurants, at the office, and while running errands around town.

“The look of sport continues to influence everyday style around the world,” Parker said on Tuesday. He added that the success of the category has led to more competition from rivals.

Running was a strong performing category—posting double-digit growth in the quarter and the strongest sales Nike has ever recorded for that business segment. High-profile track events during the Summer Olympics give Nike some marketing buzz around its running shoes, and the company purposely releases its more innovative products knowing they will get more attention from press and consumers.

While Nike’s results were impressive overall, the stock still slipped roughly 4.5% after hours. That’s because an important metric that investors care about—future orders—weren’t as strong as Wall Street had hoped. Nike reported future orders for the brand’s footwear and apparel would rise 7% overall and 1% in North America, both missing the estimates by research firm Consensus Matrix (though future orders don’t always directly indicate revenue growth.) In this case, the orders are meant to indicate orders scheduled for delivery from September through January.

Nike CFO Andy Campion gave some extra clarity about future orders on the company’s conference call, saying there had been less correlation between orders and revenue than in the past, and thus Nike would change how it would report those figures in future quarters (likely to de-emphasize Wall Street’s attention to those numbers). Futures, for example, exclude sales of Converse, Nike golf gear, Hurley and Nike branded equipment—so it has never been a perfect indicator of future growth.