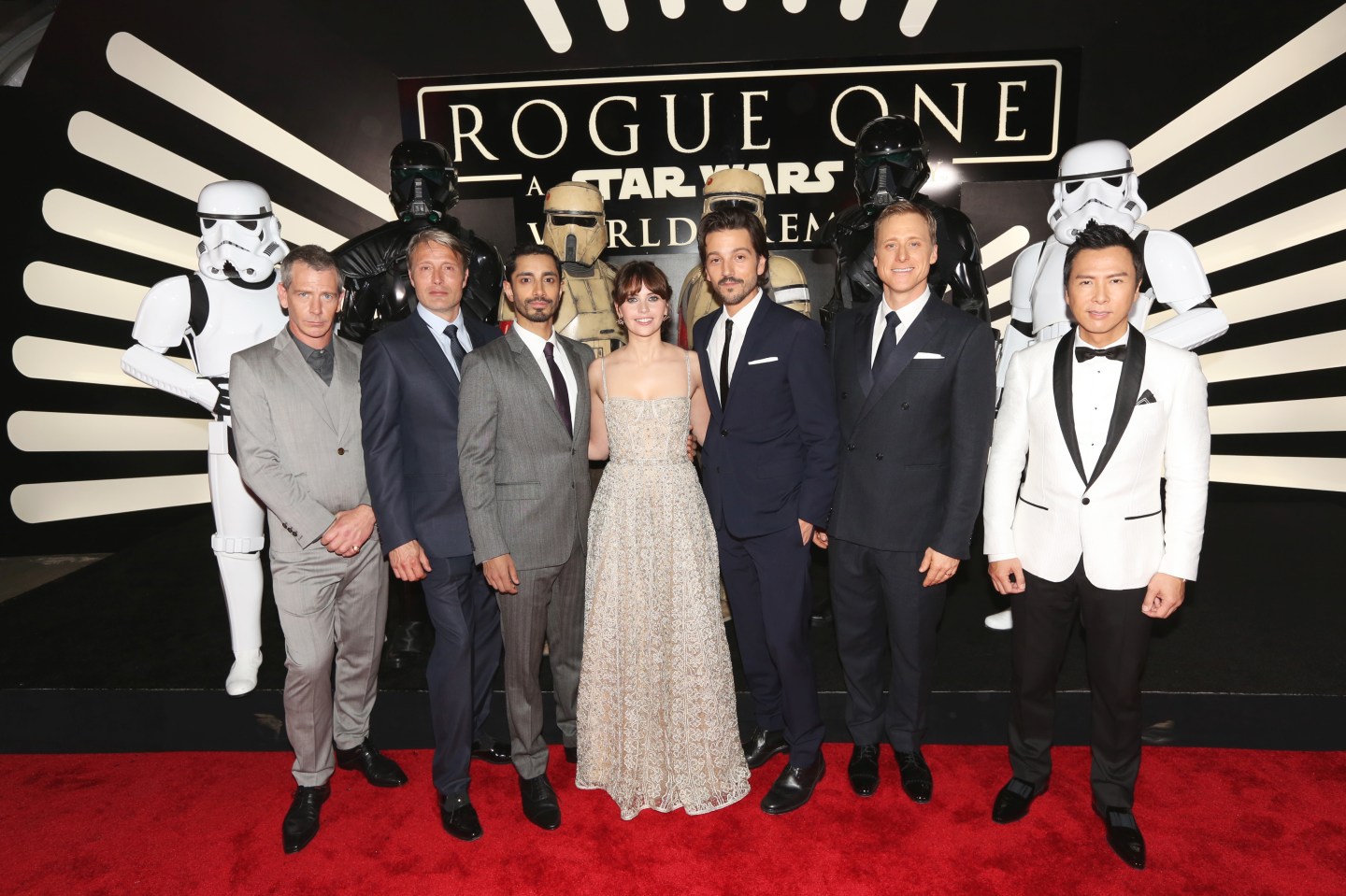 Rogue One: A Star Wars Story scored roughly $29 million in its pre-opening Thursday night showings, marking the biggest preview night box office of 2016. And, if the highly-anticipated movie has a decent box office showing this weekend, it will push Walt Disney over the threshold of an all-time box office record.

Rogue One, the first of Walt Disney’s planned Star Wars standalone titles, officially opened on Friday morning, but long lines greeted the highly-anticipated film’s special preview showings at theaters across the country last night. The pre-opening box office topped the $27.7 million pulled in by Warner Bros.’ Batman v Superman in March, as Rogue One posted the seventh-highest preview sales of all-time, according to ComScore.

The best-ever preview ticket sales belong to last year’s Star Wars: The Force Awakens ($57 million), which went on to smash global box office records with a $248 million domestic opening weekend and $2.07 billion in total worldwide gross. Disney CEO Bob Iger doesn’t expect Rogue One to match The Force Awakens‘ record box-office run, but the new movie is forecasted to make as much as $150 million overall in its domestic opening. A global opening of up to $300 million in worldwide ticket sales could also be attainable for Rogue One.

So, even with an opening in the $200 million-range, Rogue One would still help Disney claim a Hollywood record.

“They’ve had a 2016 that will be studied for years to come,” says Paul Dergarabedian, a ComScore senior media analyst, of a year in which Disney has already released three movies that have each grossed more than $1 billion worldwide.

Dergarabedian expects Rogue One to become the fourth member of that billion-dollar group, capping off a record-breaking year for Disney. The fact that a single Hollywood studio is likely to have four different billion-dollar films in one year “is something that would have been unthinkable just a few years ago,” Dergarabedian says. (In its record-setting year of 2015, Universal had three films gross over $1 billion.)

As Fortune noted earlier this week, Disney’s goal for Rogue One was never to challenge The Force Awakens‘ box office supremacy. Rogue One only needs to perform well enough to justify Disney’s plans to continue expanding the Star Wars universe with the series of further spin-offs that Disney has planned over the next few years. Rogue One is already off to a strong start and, with a major opening weekend, Disney’s spin-off plans could make the jump to lightspeed.