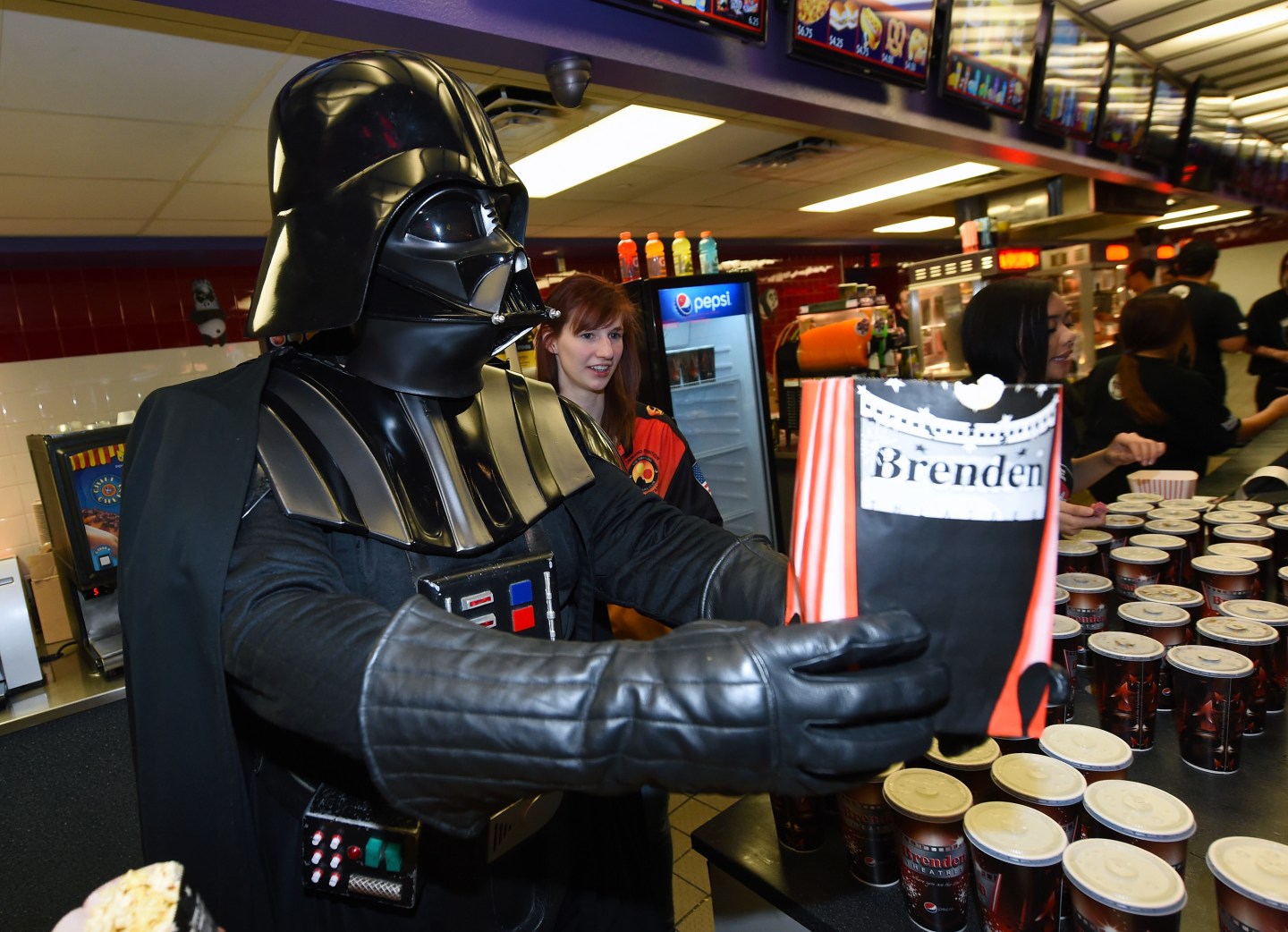 Thanks to Star Wars: The Force Awakens, the North American box office is set to hit a record this year.

The final box office figure for 2015 is expected to land at around $11.1 billion, which would surpass the previous record of $10.919 billion in 2013, according to a statement released by tracking service Rentrak.

A large part of the year’s landmark race to the finish line was the entry of Star Wars’ seventh chapter, which has so far added $571 million to the year’s overall box office tally, according to Box Office Mojo.

“Star Wars was huge, but it’s been an amazing movie year,” Paul Dergarabedian, senior analyst for Rentrak, told USA Today. “There were records broken every month of the year, starting in January 2015 with American Sniper and then Fifty Shades of Grey and so on.”

This continues the record-setting roll of The Force Awakens. The movie recently blew past the $1 billion worldwide box office mark faster than any film in history, and its second weekend domestic haul of $153.5 million is the best second weekend for a movie ever. In its opening weekend, the film earned $238 million, beating the previous record holder, Jurassic World, another film released this year.