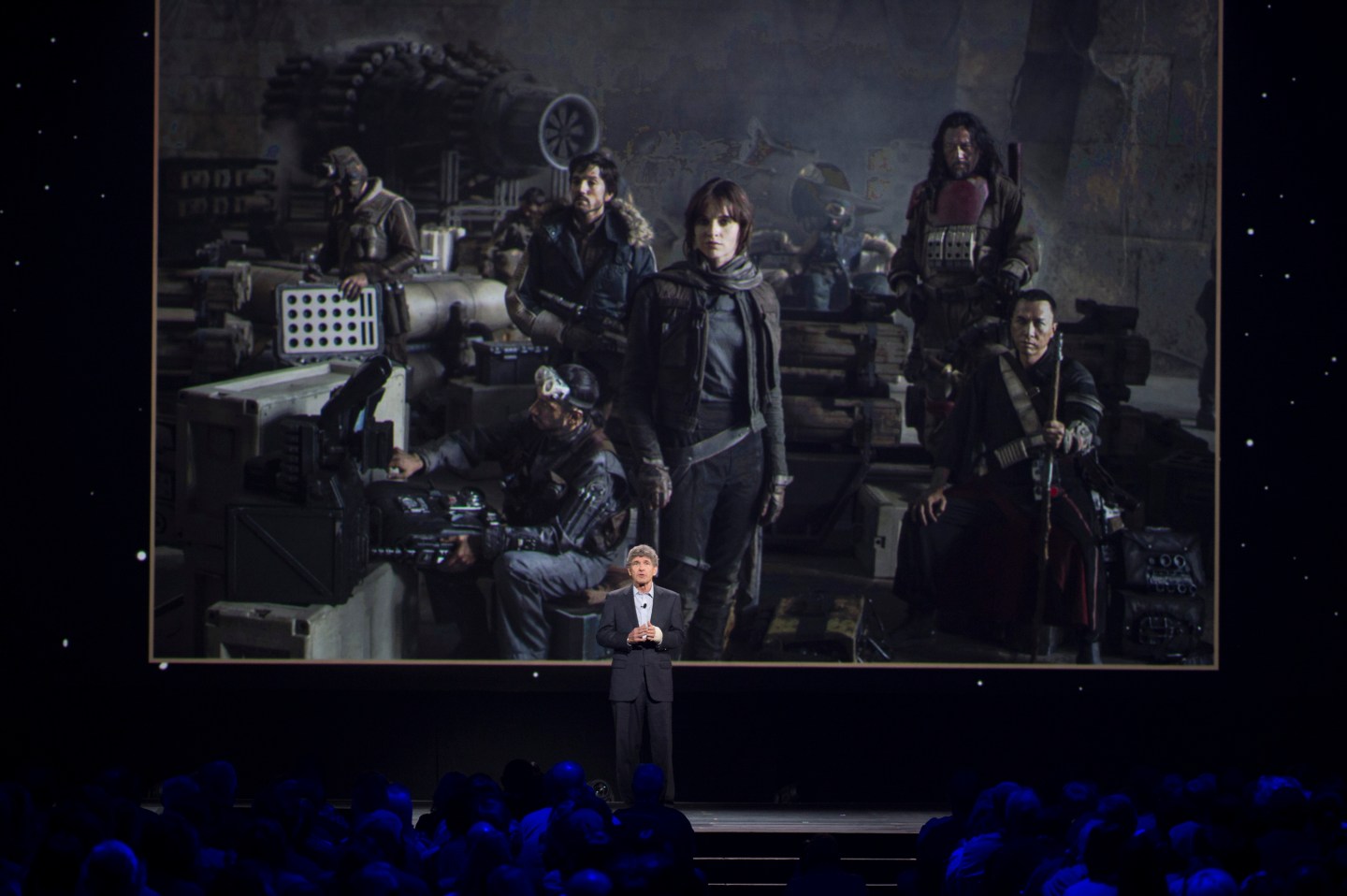 Walt Disney and Lucasfilm’s Rogue One: A Star Wars Story is expected to dominate the worldwide box office this weekend, but the new film’s ticket sales should ultimately fall well short of last year’s record-breaking The Force Awakens.

Of course, that was the never the point for the Star Wars franchise’s latest installment. Rogue One is the first of several planned spin-offs from the franchise’s primary, Skywalker-centric storyline. (The film takes place before the events of the original 1977 movie, Star Wars: Episode IV – A New Hope.)

The idea that Rogue One could match The Force Awakens‘ lofty standards (a record $248 million domestic opening weekend and $2.07 billion in total worldwide gross) was always a major stretch. In fact, in terms of overall ticket sales, a more appropriate target for Rogue One is Disney and Marvel’s Captain America: Civil War, the current box-office leader for 2016 with $1.15 billion in global revenue, according to Box Office Mojo. Disney reportedly expects Rogue One to take in as much as $150 million in North America this weekend after it opens on Friday, which would put the new movie in the ballpark of Civil War‘s $179 million domestic opening.

Industry estimates put Rogue One’s potential worldwide grosses this weekend anywhere from $250 million to $350 million, which could be roughly half of The Force Awakens‘ global opening ($529 million) last year. And Disney likely won’t be too upset by those figures. After all, that result would give Disney its fourth billion-dollar film in a year in which the “Mouse House” will likely set an annual ticket sales record, becoming the first Hollywood studio to crack the $7 billion mark.

The fact that Disney ordered re-shoots for Rogue One over the summer caused concern among fans that the movie was in trouble. But, early fan reactions and reviews that came out on Tuesday, were mostly positive. (The movie currently has an 82% rating on Rotten Tomatoes.) And indications are strong that the film will hit its marks at the box office. Pre-sales for the movie’s tickets even crashed the Fandango website when they became available last month.

This is good news for Disney, which paid $4 billion for Lucasfilm in 2012 and has two additional spin-offs planned for the next few years, including a look at a young Han Solo set for 2018 as well as two more movies following the series’ original Skywalker-centric storyline. Even if Rogue One doesn’t make as much The Force Awakens did, by proving a spin-off can find its own legs with a large audience, Disney will be free to capitalize its Lucasfilm investment further by cranking out films spanning the Star Wars universe for years to come.

Rogue One could also help keep the Force strong with Disney’s Star Wars merchandise sales. Last year, the franchise pulled in $700 million in merchandise sales, and this year’s haul is expected to be even larger. By featuring new characters outside the Star Wars canon, Rogue One lets Disney churn out a fresh batch of toys and merchandise built around the new film—including female lead Jyn Erso, played by actress Felicity Jones.