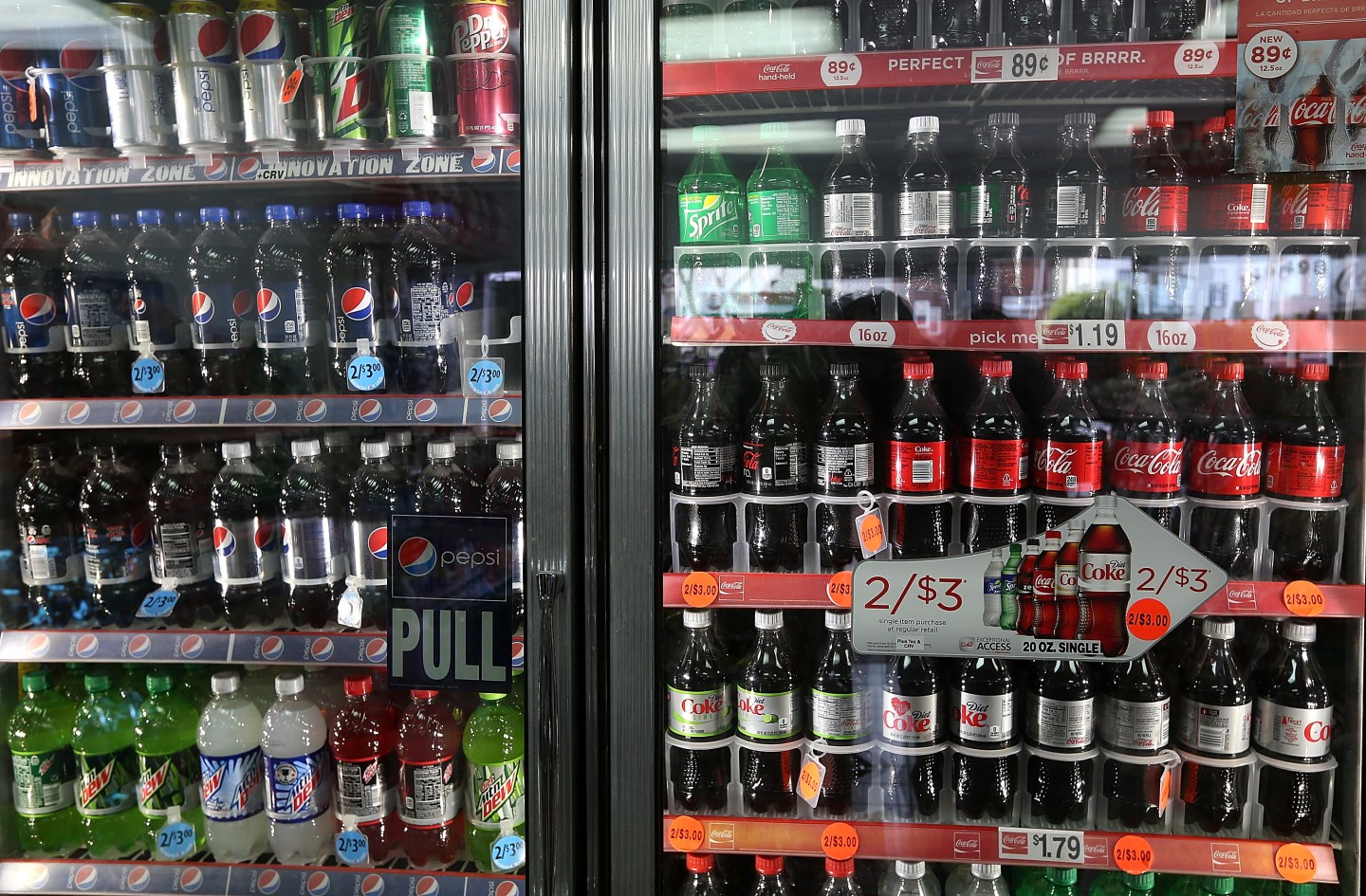 SAN FRANCISCO, CA - MARCH 25: Bottles of Coca Cola and Pepsi soft drinks sit in a cooler at a 76 gas station on March 25, 2013 in San Francisco, California. According to a report by Beverage Digest, sales of carbonated soft drinks in the United States fell 1.2 percent in 2012 to 9.17 billion cases. (Photo by Justin Sullivan/Getty Images)
Photorgaph by Justin Sullivan Getty Images

Voters in four major cities have approved taxes on sugar-added beverages—an indication that more taxes from local governments could be in the pipeline for the soda industry.

The election night results were bad for big soda makers, including PepsiCo (PEP) and Coca Cola (KO), as voters overwhelmingly passed taxation measures in San Francisco and Oakland, Calif. (over 60% in each city). There were also industry losses in Albany, Calif. and Boulder, Colo. Those cities will all enact taxation on the industry after a big loss earlier this year in Philadelphia, which became the first major U.S. city to pass taxes on sodas and other sugar-added and artificially sweetened soft drinks.

Shareholders weren’t pleased with the news. Shares of Dr. Pepper Snapple (DPS) slipped more than 3%, while Pepsi and Coca Cola stocks each fell 2%. The broader market, meanwhile, was roughly flat.

The voting results in California can also be viewed as a “win” for former New York City mayor Michael Bloomberg, who tossed $18 million into the backing the taxation measures. He has long been an adversary to the soda industry, at one point backing a ban on larger soft-drink sizes at some retail establishments (the measure was later rejected by a court in 2014).

The problem the soda industry faces in the long term is increased taxation as local and state governments look for easy industries to target to raise their coffers. Soda could essentially find itself becoming “the next tobacco”—an industry that has seen steadily increasing taxation over the years as a way to not only raise money for governments, but also in a bid to decrease consumption of a product that some health experts deem unhealthy.

Advocates that backed the taxes on sugary drinks said they were doing so in part because of the negative health implications of consuming too much soda, mainly complaining about high obesity rates. The soda industry, meanwhile, refutes such claims.

That said, there are indications the taxes may not work as intended. In Mexico, for example, a roughly 10% tax was imposed on the industry back in January 2014. But soda sales in that market have remained resilient.

The soda industry is already facing some serious challenges. It has reported 11 straight years of volume declines in the U.S. market, where annual per capita consumption for those drinks dropped in 2015 to the lowest level in 30 years. But to their credit, big soda makers are finally making some promises to make these beverages healthier—in part responding to consumer demand for drinks with fewer calories and less artificial sweeteners that they deem unhealthy. Both Pepsi and Coke have recently made promises to reduce the amount of sugar that’s found in their beverages.