Soda Consumption Falls to 30-Year Low In The U.S. 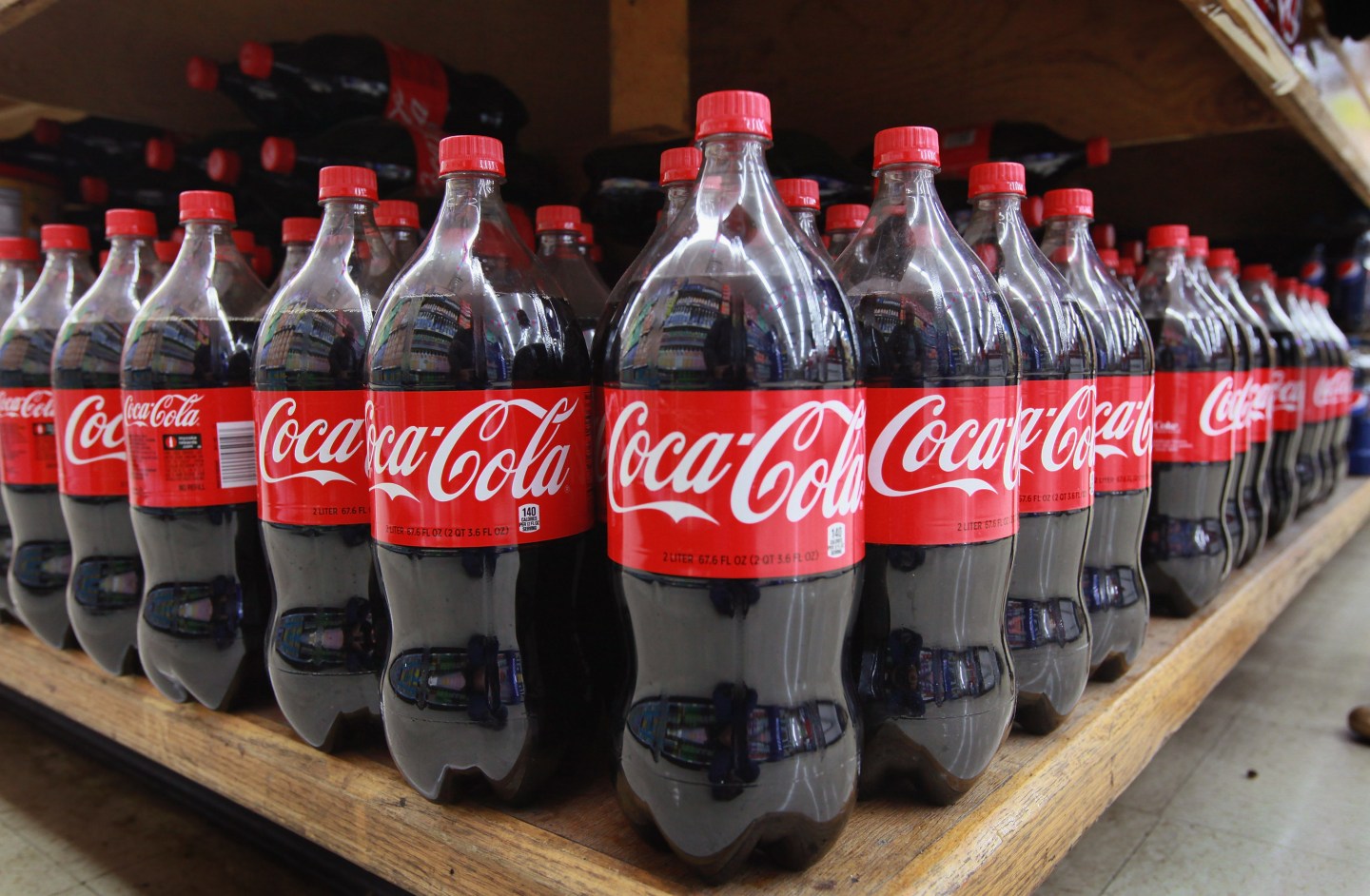 Slumping demand for diet sodas sold by PepsiCo and Coca Cola propelled a decline for the broader industry, as overall sales of carbonated soft drinks dropped for the 11th consecutive year in the U.S.

Total volume declined 1.2% in 2015, an acceleration from 2014’s 0.9% drop, as the biggest three players in the category all reported falling demand, according to a new report from industry tracker Beverage Digest. The group also reported that annual per capita consumption of carbonated soft drinks dropped to about 650 eight-ounce servings in 2015 – the lowest since 1985.

PepsiCo (PEP) suffered the steepest decline among the biggest soda makers, with a 3.1% volume drop. The declines for Coke (KO) and Dr Pepper Snapple (DPS) weren’t as steep as the industry, meaning those soda makers actually grew market share in a down market.

The industry has found itself out of favor as consumers seek beverage alternatives to soda that they deem healthier, notably juices and flavored waters. Those alternatives don’t contain as many calories as soda, and also don’t include ingredients like the sweetener aspartame, which has fallen out of favor in recent years.

Along those lines, the big losers were yet again the diet soda brands. Diet Pepsi and Diet Coke each reported declines of over 5%, while Diet Mountain Dew’s drop was 4.8%. That’s because consumers have becoming increasingly skeptical of artificial sweeteners, most recently fretting about the health implications of consuming aspartame, which is still deemed safe by the Food and Drug Administration. Those concerns were so top of mind that it even led Pepsi to reformulate its diet soda last year.

One way that the industry is trying to lure people back to the category: smaller cans and bottles. Beverage Digest says soda makers have aggressively marketed those offerings, which carry a higher price point per ounce.

Beverage Digest did report there were a few notable “winners.” Sprite and Fanta, both brands owned by Coke, reported volume gains of 3.3% and 8.3%, respectively. Sprite generated headlines with the launch of cans featuring inspiration quotes from hip-hop artists. That evoked another Coke-backed campaign, the “Share a Coke” campaign that helped jolt sales in 2014.

Another beverage category that soared in 2015 was bottled water, which is counted in the broader “liquid refreshment beverages” channel. Dasani, Aquafina and Poland Spring reported volume increases ranging from 6.5% to 11.4%. The growth for Aquafina was so strong that it helped lift the brand back to the top 10 “Megabrand” list. It ranked ninth last year, pushing Arizona off the list.