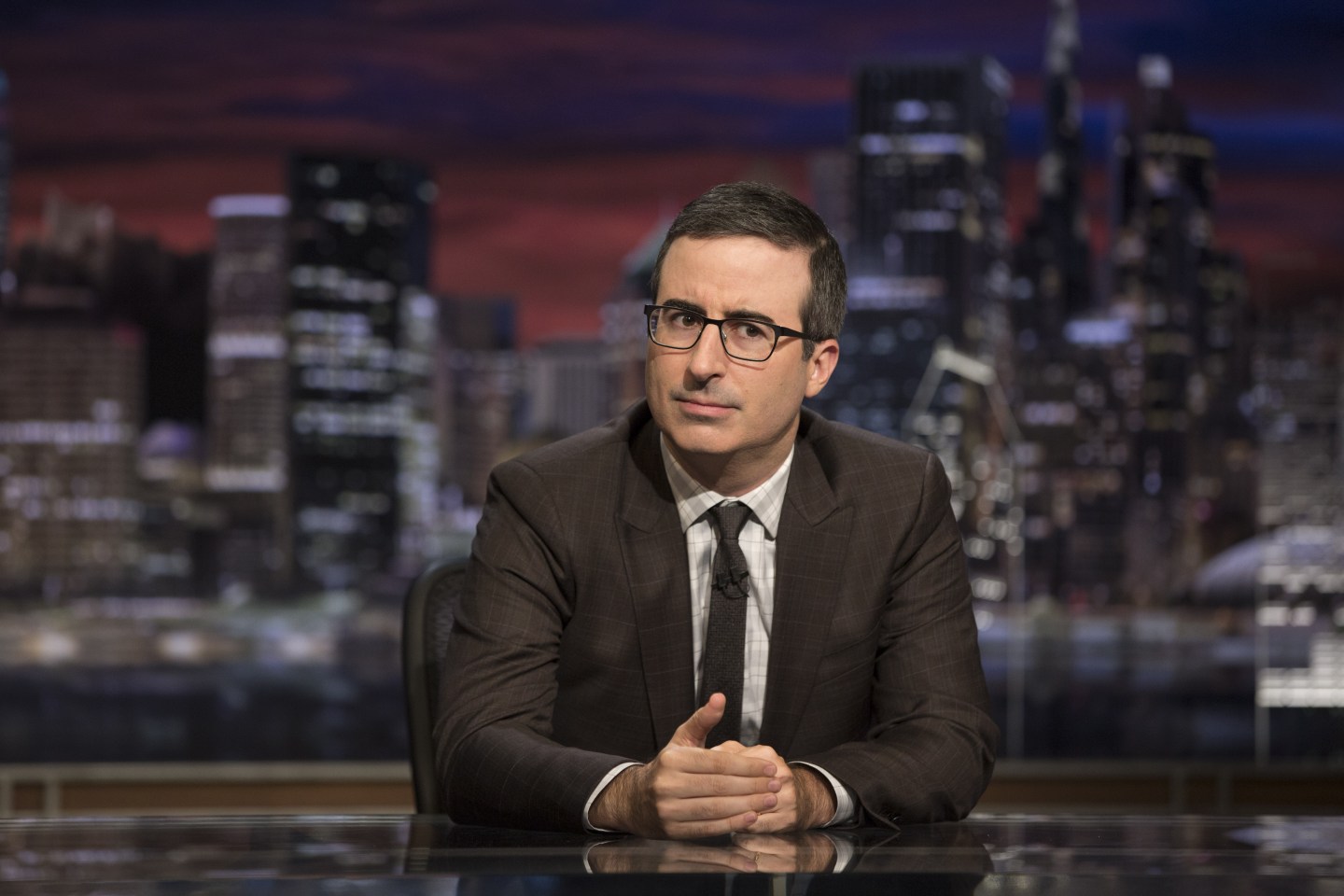 Last Week Tonight host John Oliver delivered one of his signature barnburners on Sunday. This time, the HBO comedian’s target was the pharmaceutical industry, and its role in America’s devastating prescription painkiller and heroin overdose epidemic, which has seen 165,000 prescription opioid-related deaths since 1999.

But while Oliver nailed how drug makers’ marketing of powerful opioids, like OxyContin or Percocet, helped set the stage for 2.6 million Americans getting addicted, he missed a crucial part of the story: that Big Pharma and the U.S. health system, including insurance giants, which helped create the crisis, are now actively involved with coming up with answers to address it.

Oliver’s brand of outrage humor benefits from a villain. And it’s not exactly hard to paint swaths of biopharma in that light when it comes to the proliferation of powerful, highly-addictive painkillers. After all, privately-held Purdue Pharma, the maker of OxyContin, was essentially accused of sowing the seeds of the current epidemic in a massive Los Angeles Times report on its marketing claims for the drug. And as Oliver points out, three Purdue executives were actually forced to pay $600 million in fines for misleading OxyContin marketing. (Purdue has consistently denied reports that its branding of OxyContin as a 12-hour, twice-a-day pain pill was scientifically inaccurate.)

But, figuring out how to treat patients who are in serious pain isn’t easy. Alternatives to drugs, such as physical therapy and other methods, aren’t always covered by insurance, especially in the rural regions that have been disproportionately affected by the epidemic. And opioids or similar treatments may still be the correct option for many patients, like kids who have cancer.

What Oliver completely missed is the huge role that pharma is already starting to play in fighting the epidemic—through medicines that help addicts recover and through developing next-generation pain drugs. For instance, medication-assisted treatment (MAT), in which certain drugs are used to wean addicts off of powerful opioids, is a critical part of addiction therapy, according to public health officials.

In fact, the Obama administration announced in July that it was significantly expanding access to buprenorphine, which mimics the painkilling effects of opioids without the same level of the addictive “high,” after concluding that not nearly enough Americans could get their hands on it. The Food and Drug Administration (FDA) also approved the first-ever implant to treat opioid addiction, which releases a stream of buprenorphine for up to six months, in May. The treatment is meant to help ensure that addicts stick with their recommended regimens.

These types of critical innovations aren’t just limited to the addiction treatment sphere. Duke University has been exploring therapies that target different pain receptors than opioids do, with the hope that these new drug classes could eventually treat pain just as well without the addictive side effects.

The Food and Drug Administration (FDA) has also been getting more cautious about approving new painkillers which haven’t proven their abuse-deterrent properties; the agency rejected Durect Corp. (DRRX) licensee Pain Therapeutics’ (PTIE) opioid treatment Remoxy for that very reason in September, and has delayed a final decision on Egalet Corp’s (EGLT) painkiller.

And while Oliver was correct that expanded insurance coverage for non-drug, alternative pain treatments is probably a good idea, he failed to mention that some major insurers like Cigna (CI) are actually working to do exactly that.

The health insurance giant announced in May that it would work to cut its plan holders’ use of opioids by 25% over the next three years, including by helping doctors identify drug-seeking behavior and encouraging the use of less dangerous therapy options. And just last week, Cigna announced that it would stop forcing doctors and patients to receive “prior authorization” for buprenorphine coverage as part of a settlement with New York’s attorney general, eliminating a key road bump for opioid addiction treatment.