How the Obama Administration Is Escalating the War on Opioids 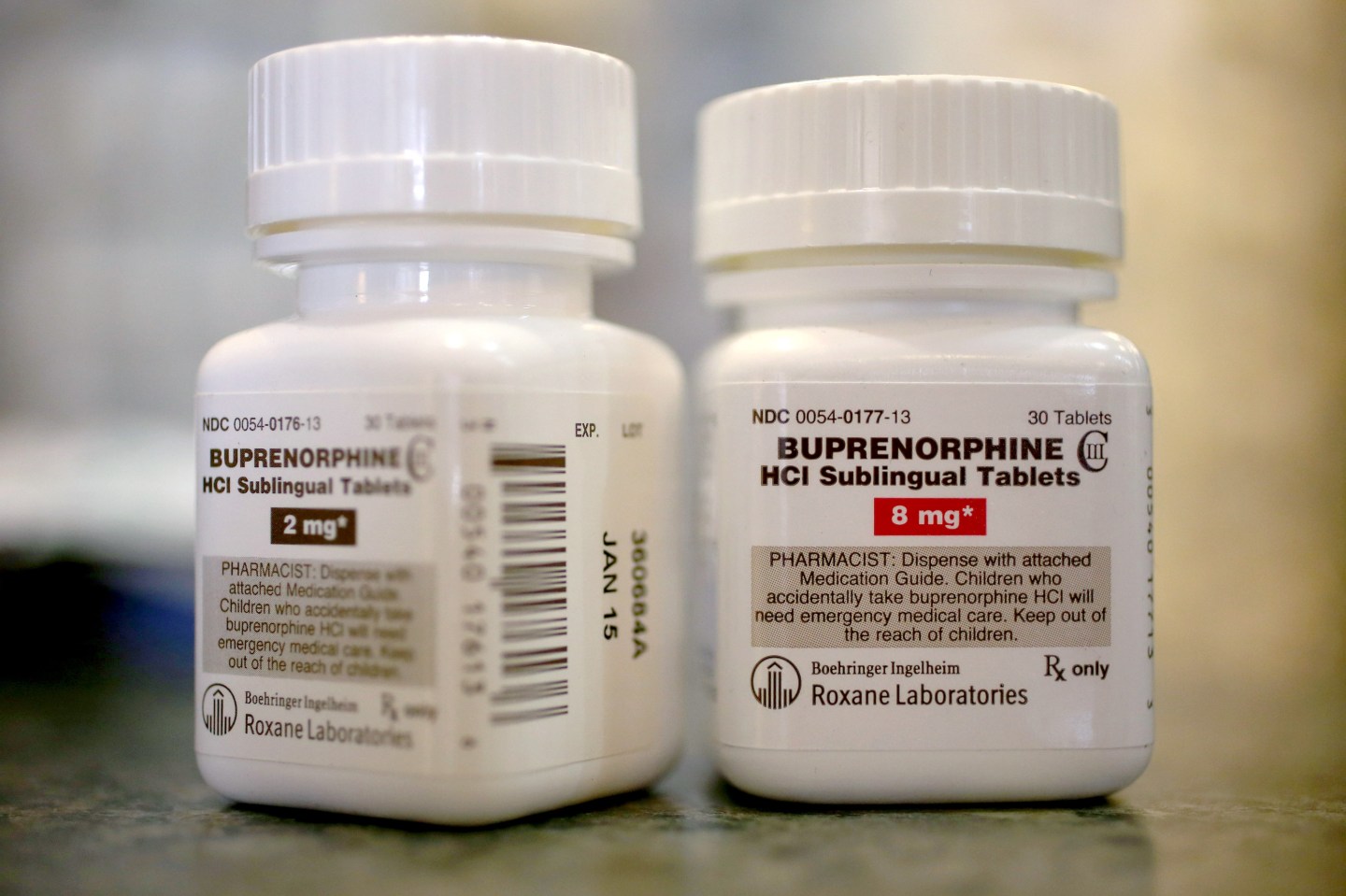 BOCA RATON, FL - FEBRUARY 04: In this photo illustration, bottles of the generic prescription pain medication Buprenorphine are seen in a pharmacy on February 4, 2014 in Boca Raton, Florida. The narcotic drug is used as an alternative to Methadone to help addicts recovering from heroin use. (Photo illustration by Joe Raedle/Getty Images)
Photograph by Joe Raedle—via Getty Images

In a call with reporters. Department of Health and Human Services (HHS) Secretary Sylvia Burwell laid out a multi-pronged plan that centers on significantly expanding access to an addiction-fighting medication called buprenorphine.

The administration is also taking action meant to reduce unintended pressures that physicians may feel to over-prescribe common opioids like Purdue Pharma’s OxyContin; launching more than a dozen new studies on pain treatment and opioid misuse; and requiring doctors who prescribe opioids through the Indian Health Services (IHS) to check in with their state’s prescription drug monitoring programs.

But in the wake of the growing scourge—opioids, including pain relievers and heroin, killed more than 28,000 Americans in 2014 alone, and claimed pop star Prince’s life this year—freeing up the availability of buprenorphine may prove particularly significant. (While the drug is commonly used for addiction treatment, health officials say more access is necessary to meet patients’ needs). The medication is itself an opioid that can be used to treat pain but doesn’t produce the euphoric “high” of stronger painkillers, making it a go-to option for medication-assisted treatment (MAT) for addicts.

Currently, doctors who obtain special waivers can prescribe buprenorphine to up 100 patients. But they’ll be able to prescribe it to nearly triple that number (275 patients) under HHS’ newly announced rules as long as they’ve had a waiver for at least one year and meet the necessary medical specialist qualifications.

This is the latest step that government agencies, including the Food and Drug Administration (FDA), have taken to encourage MAT with drugs like buprenorphine. Public health officials have increasingly determined that this method may be more effective for some patients than forcing them to go cold turkey. In May, the FDA approved the first-ever buprenorphine implant to continuously treat opioid addiction for up to six months, Titan Pharmaceuticals and Braeburn Pharmaceuticals’ Probuphine.

Braeburn CEO Behshad Sheldon praised Wednesday’s announcement and encouraged public health officials to go even further. “The steps taken today will help more Americans gain access to evidence-based medicine like Probuphine for the treatment of opioid addiction,” she told Fortune in an email. “Exempting injectable and implantable formulations of buprenorphine from counting toward the patient limit would also make a critical difference. Overall the progress is very encouraging.”

Other health industry stakeholders including insurance companies and drugmakers are also taking their own steps to address the opioid crisis. Health insurer Cigna (CI) announced in May that it plans to cut its customers’ opioid use by 25% in three years by sharing data with doctors that can help them screen patients who may be at risk for addiction and encouraging a more holistic approach to chronic pain management.

On Tuesday, the city of Chicago said that pharma giant Pfizer (PFE) had agreed to scale back on opioid marketing and include addiction warnings on its painkillers, according to the Washington Post. The city launched a 2014 lawsuit against five opioid drugmakers alleging misleading marketing of the products.

The newly proposed HHS regulations also push back on financially-motivated reasons that doctors may have to defensively prescribe more opioids than necessary by de-linking the scores that physicians get on pain management surveys filled out by patients from how much money Medicare pays their hospitals.

“[I]f we truly want to turn the tide on this epidemic, Congress should approve the President’s $1.1 billion budget request for this work,” said HHS’ Burwell in a statement.

Congressional lawmakers met on Wednesday morning in order to craft a final opioid bill, but have faced criticism from Democrats and some public health officials that the current proposals lack enough additional program funding to be truly effective.