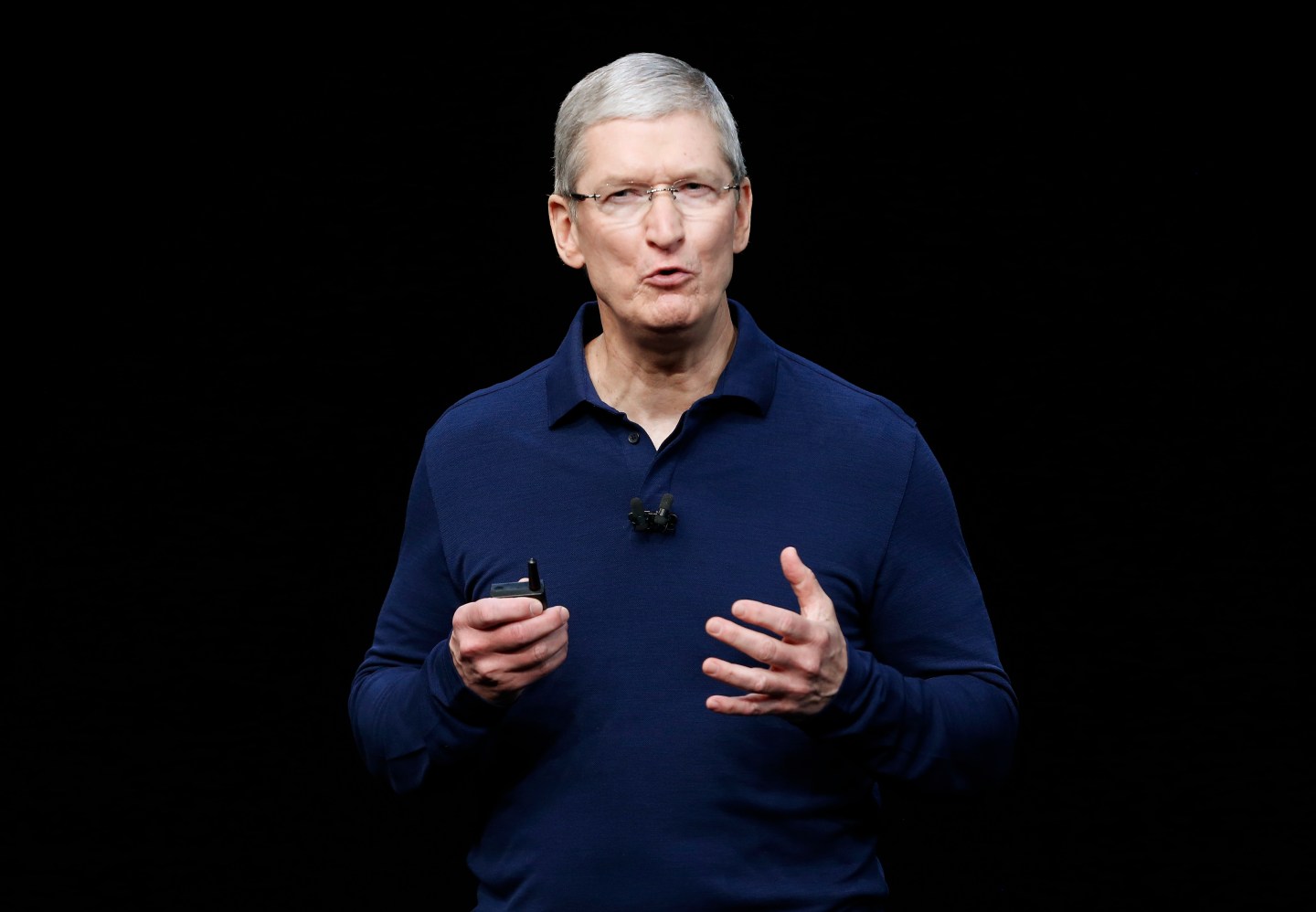 Tim Cook’s quiet feud with BlackBerry’s CEO couldn’t have come to a more perfect end for the Apple chief.

On Wednesday, one-time business market behemoth BlackBerry—whose “CrackBerries” were clenched in the hand of every right-thinking executive and banker less than a decade ago—announced it wouldn’t manufacture its smartphones any more. The news came just hours before Apple announced it was furthering its push into the business market by partnering with Deloitte, which will open a new practice to help corporate clients use Apple products.

In an interview with the Financial Times, Cook said the partnership with Deloitte was “next logical step” in Apple’s push toward corporate customers, which comes at a moment when consumer iPhone sales seem to be maturing. “They are the trusted adviser for so many Fortune 500 and global 500 companies,” he said.

But when pressed on what he thought about BlackBerry’s retreat coming at almost the same moment, the low-key Cook played down the synchronicity of the two events. It was just business.

“I think their sales have been fairly low for a while,” Cook told the FT. “We are very focused on the opportunity and we see it as massive.”

But there’s more than business in the disparate fortunes of Apple (AAPL) and BlackBerry (BBRY), and if Cook’s voice betrayed just a hint of revenge being served cold, he could be allowed that.

That’s because last December, BlackBerry CEO John Chen penned a blog post calling out Apple for not cooperating with a federal judge in New York who wanted the firm to unlock an iPhone so that law enforcement could read an accused drug dealer’s messages. He wrote:

In fact, one of the world’s most powerful tech companies recently refused a lawful access request in an investigation of a known drug dealer because doing so would “substantially tarnish the brand” of the company. We are indeed in a dark place when companies put their reputations above the greater good.

Chen went on to tout his own company’s view:

Cook did not publicly answer Chen’s post, and it seems unlikely that he will do so now. But Wednesday’s announcements put into stark relief which firm won the business argument.

Fortune has contacted Apple and will update the story should they respond.