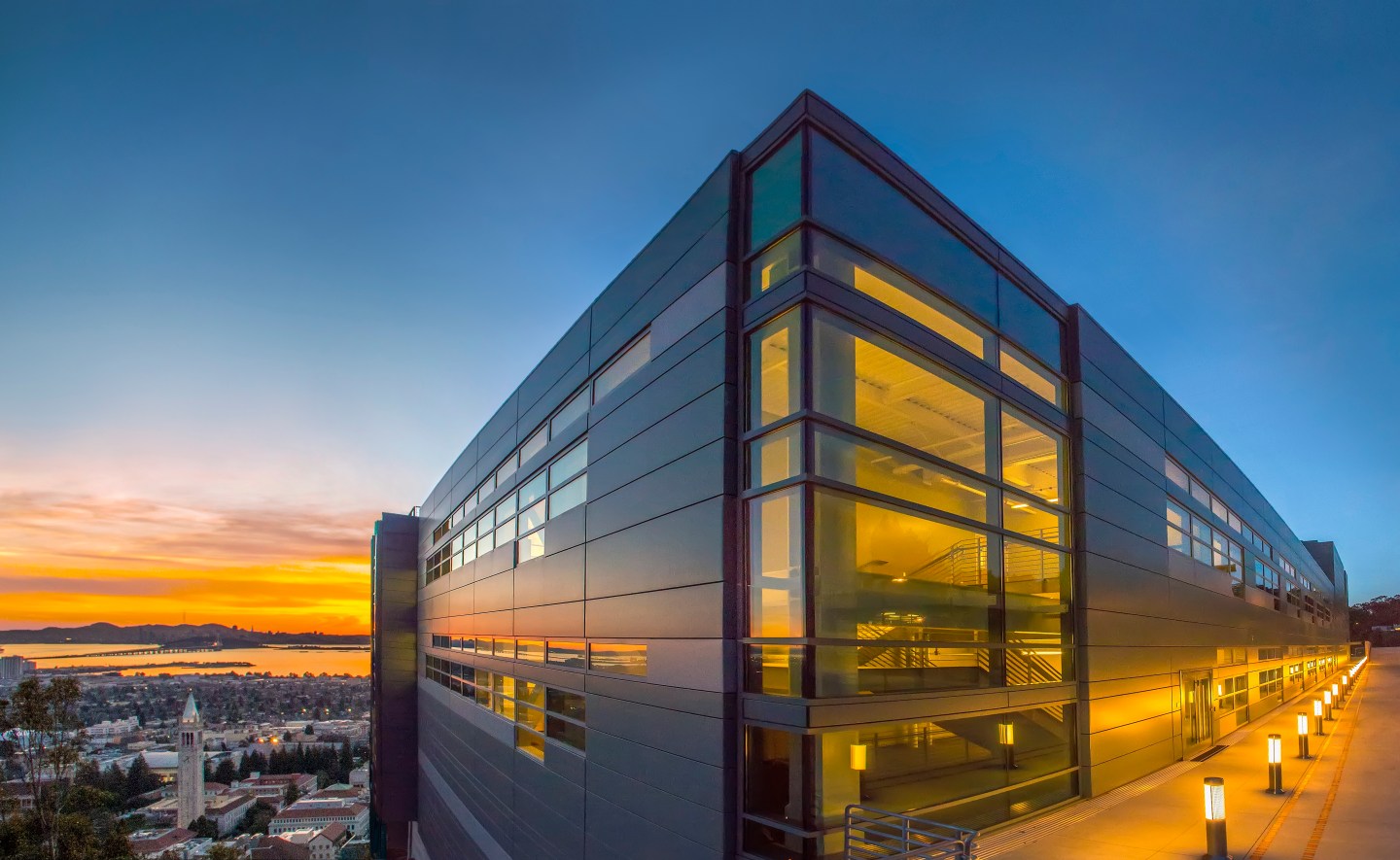 Some of the world’s brightest minds have been toiling over an intractable problem. As the planet’s temperature warms and the population booms, the way society generates and consumes energy will have to change dramatically.

But in order to deliver that transformation, new energy technologies will need to get better—cheaper, more efficient, more powerful—and the companies that sell them will need to get smarter, and (gulp) make money. It’s a problem that’s worried the likes of Bill Gates, Elon Musk, and Richard Branson.

Sure, today’s solar panels are being installed at a rapid clip in places like the U.S. and China, but making batteries cheap enough to store that solar energy at night has proven a harder issue to solve. Likewise, finding a low-cost way to capture and store carbon dioxide emissions, which are rapidly warming the planet, have stumped many.

Following in the footsteps of the computing and internet industries, entrepreneurs and startups will play a key role in developing these new energy technologies. But so far, building an energy startup has proven notoriously difficult.

The venture capital funding model that produced Google (GOOG) has mostly failed to generate green oil giants or clean power gorillas. Investors have collectively burned billions of dollars, and their reputations, on startups that have tried to make new types of solar panels, biofuels, and electric cars, but that have gone under or been sold for pennies. At one point, this movement was called “cleantech” and it was the Next Big Thing.

There have been some outlier Valley energy success stories, like Musk’s own electric car firm Tesla (TSLA) and his solar installer SolarCity (SCTY). But Musk’s gravity-defying juggernaut is the rare exception.

As a result of the many missteps, few venture capitalists are still willing to invest in early-stage energy startups that are using hardcore science or engineering to make new energy technologies. That means if you’re an entrepreneurial scientist, you’ll probably have a tough time finding funding, or even just getting your tech out of the laboratory.

See also: This Is Elon Musk’s Plan to Send Humans to Mars

However, a new group of big thinkers have been creating novel programs meant to help these science and engineering-based entrepreneurs build and sell their ideas, while sidestepping the land mines that have knocked down so many that have come before them. These programs have been merging various models—like the tech accelerator, the government system, and the corporate R&D lab—and come up with something entirely new.

While these groups might not be household names, their success could prove crucial in determining if important energy technologies will ever see the light of day, and will be able to help transform the way the world generates and uses energy.

Up on the hill

In a cramped office space in a boxy building in the hills of Berkeley, Calif., Ray Weitekamp opens up his hand to show me a palm-sized interlacing bit of material the color of a corn husk. It’s a sample of his startup’s resin that’s been 3D-printed, and holds some unusual properties: it’s tough, can withstand ultra-high temperatures, and can be printed quite rapidly.

The idea is that a manufacturer could use the company’s new printing process to quickly and cheaply churn out automotive, aerospace, or electronics parts onsite in a factory.

Weitekamp’s startup, called polySpectra, is among the first batch of startups to go through a two-year-old program called Cyclotron Road, which offers entrepreneurs access to lab space and equipment at Lawrence Berkeley National Labs, along with funding and business training.

Cyclotron Road is the brainchild of Ilan Gur, a former director at ARPA-E, the Department of Energy’s high-risk, early-stage program that doles out grants to “moonshots” or big energy ideas. That program was modeled off of DARPA, the Department of Defense’s project that created the seeds of the Internet and GPS.

When Gur left ARPA-E, he was in search of a new way to help get all those bright energy ideas he saw out of the lab and into the commercial marketplace. Years ago, Silicon Valley’s VCs provided much of the funding to bridge that gap, but that was before it all mostly dried up.

Today, Cyclotron Road has started to do something unusual: it seems to be working. At least, on a small scale.

Out of the first cohort of six startups, including polySpectra, five out of six companies have managed to raise funding from other sources to keep them going for at least another year and a half or so. The Department of Energy is also interested in replicating the model by pairing vetted entrepreneurs with world-class labs.

On Thursday afternoon, the program will hold its first demo day, where twelve of its entrepreneurs will show off their work to a room of hundreds of investors, potential partners, and the media. The group will also open up applications welcoming its third group into its ranks.

“The jury is still out on whether it will work in the long run, but we feel pretty good about it,” says Gur, sitting under the warm sun on the Berkeley Lab campus.

Cyclotron Road is unique in that it vets energy entrepreneurs and provides the best who qualify with access to rare, multimillion-dollar lab equipment. Weitekamp shows me a robot he routinely uses, named “Wanda,” which handles liquid chemicals on the floor of Berkeley Lab’s Molecular Foundry. The robot can do a hundred experiments simultaneously.

A few floors away, entrepreneur Jared Schwede shows me an advanced microscope that his startup Spark Thermionics, another early company at Cyclotron Road, uses, and which can inspect how electrons interact with surfaces.

By chance, three months after joining the program, Schwede befriended Berkeley Lab scientist Andreas Schmid, and started using his rare (and expensive) low-energy microscope to help Spark Thermionics figure out the best way to use its material to convert heat into electricity. When I ask Schmid how unusual the equipment is, he starts naming other labs that have similar technology around the world and stops short at three.

Spark Thermionics is announcing on Thursday that it’s just raised a seed round of funding led by First Round Capital.

Entrepreneur Barry Van Tassell just joined Cyclotron Road in April, but his company Feasible, which uses ultrasound tech to diagnose the health of batteries, has also had a Berkeley Lab fortuitous encounter. It turns out geophysicists with experience in mining and gas operations know a thing or two about acoustics.

Connecting with the geophysicists has helped the company with equipment and idea-sharing. “Batteries are like rocks,” says Tassell.

Otherlab, the invention shop built by entrepreneur Saul Griffith, sits in the Mission District of San Francisco. The incubator—which is one part Bell Labs, one part Y Combinator—has helped grow a solar mirror startup and a new type of natural gas tank shaped like an intestine. Earlier this year, U.S. Energy Secretary Ernie Moniz toured the group, seeking to learn about “neat stuff.”

Just south of San Francisco, at the traditional venture capital haunts on Sand Hill Road in Palo Alto, former Khosla Ventures partner Andrew Chung meets me for lunch at restaurant hot spot Madera. After helping startups like biofuel company LanzaTech and efficient engine maker EcoMotors find funding and partners in China at Khosla Ventures, Chung decided to strike out on his own and launch a new $200 million fund.

It’s called 1955 Capital, and he plans to help science startups—focused on agriculture, energy, and health—grow in China and other developing countries. It’s one of the larger first-time funds out there and includes money from wealthy Chinese business men. His first investment was in a startup that coats crops with a polymer and protects them from pests and diseases.

Then there’s Bill Gates and his group of billionaires that have pledged to fund early-stage energy technologies through the Breakthrough Energy Coalition. It’s not entirely clear how that group will operate, but the coalition includes commitments from some of the wealthiest and smartest entrepreneurs in the world, like Mark Zuckerberg, Jeff Bezos, and Jack Ma.

Gates once said that the world needs hundreds of crazy energy entrepreneurs to try to solve the world’s energy and climate problems. He’s also called these startups and entrepreneurs “energy miracles.”

But for entrepreneurs like Weitekamp and Schwede, there’s nothing miraculous about it. What they’ve needed is a much better way for their scientific ideas to turn into products. Given the right tools and environment, they’ll probably figure the rest out.