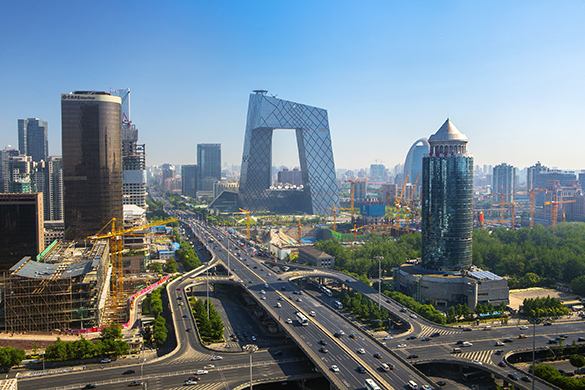 Venture capitalist Andrew Chung is jumping ship from Khosla Ventures, where he led investments in energy tech over the last five years, to start his own firm called 1955 Capital.

Chung, who announced the news on Tuesday morning, has already raised $200 million that he plans to invest in technologies—including energy, food, agriculture, education and health—that can be commercialized in developing countries, specifically China. The idea is to take startups born in the U.S., Europe, and Canada and find ways to grow them in China, where there are unique opportunities and funding sources.

Chung, who speaks both Mandarin and Cantonese, has been doing this type of cross-border, China-focused investing for years. At Khosla Ventures he helped broker deals between biofuel startup LanzaTech and Chinese steel-makers, as well as between efficient engine-maker EcoMotors and a Chinese auto parts giant. Chung says he’s helped at least ten companies transition to Chinese markets.

For more on investing in China, watch our video.

“I can be that bridge,” Chung tells Fortune, explaining that he’s grown rather comfortable jumping on a plane, flying to a distant city in China, and making a deal in a smoky back room. Down the road, Chung hopes to grow 1955 Capital into a fund that looks to other developing countries, like India, as well.

Chung says he’s currently the sole general partner on the $200 million fund, which will be based in Silicon Valley, but he has started recruiting. Chung named the fund “1955” because he says, historically, it was a transformational year. Albert Einstein and jazz musician Charlie Parker both died in 1955, Chung points out, while tech giants Bill Gates and his former partner Vinod Khosla were born that year.

1955 Capital will focus on funding technologies that can be commercialized in about one to three years, and the fund will likely dole out funding between $10 million to $15 million, or at the series B or C phase. In contrast to Chung’s work at Khosla Ventures, where he invested in a lot of very early stage—even lab scale—startups, the companies that 1955 Capital will back will be closer to selling their product.

Chung, 38, is one of those rare investors who made early bets in cleantech over the past decade, and actually saw some success. Before joining Khosla Ventures, Chung was an investor with Lightspeed Ventures for five years, where he backed biofuel maker Solazyme before it went public. Chung also wrote one of the first checks to battery startup Ambri, which has since grown into a large company.

But Chung won’t be constrained to cleantech with his new fund. Energy technologies have been a notoriously difficult area for venture capitalists to make money on. For example, Khosla Ventures’ own investments in biofuels have struggled.

Instead, Chung wants to back technologies that can solve some of the bigger problems in the developing world, like pollution, or making manufacturing and agriculture more efficient. In that pursuit, he’s also considering boosting the fund size to more than $200 million.