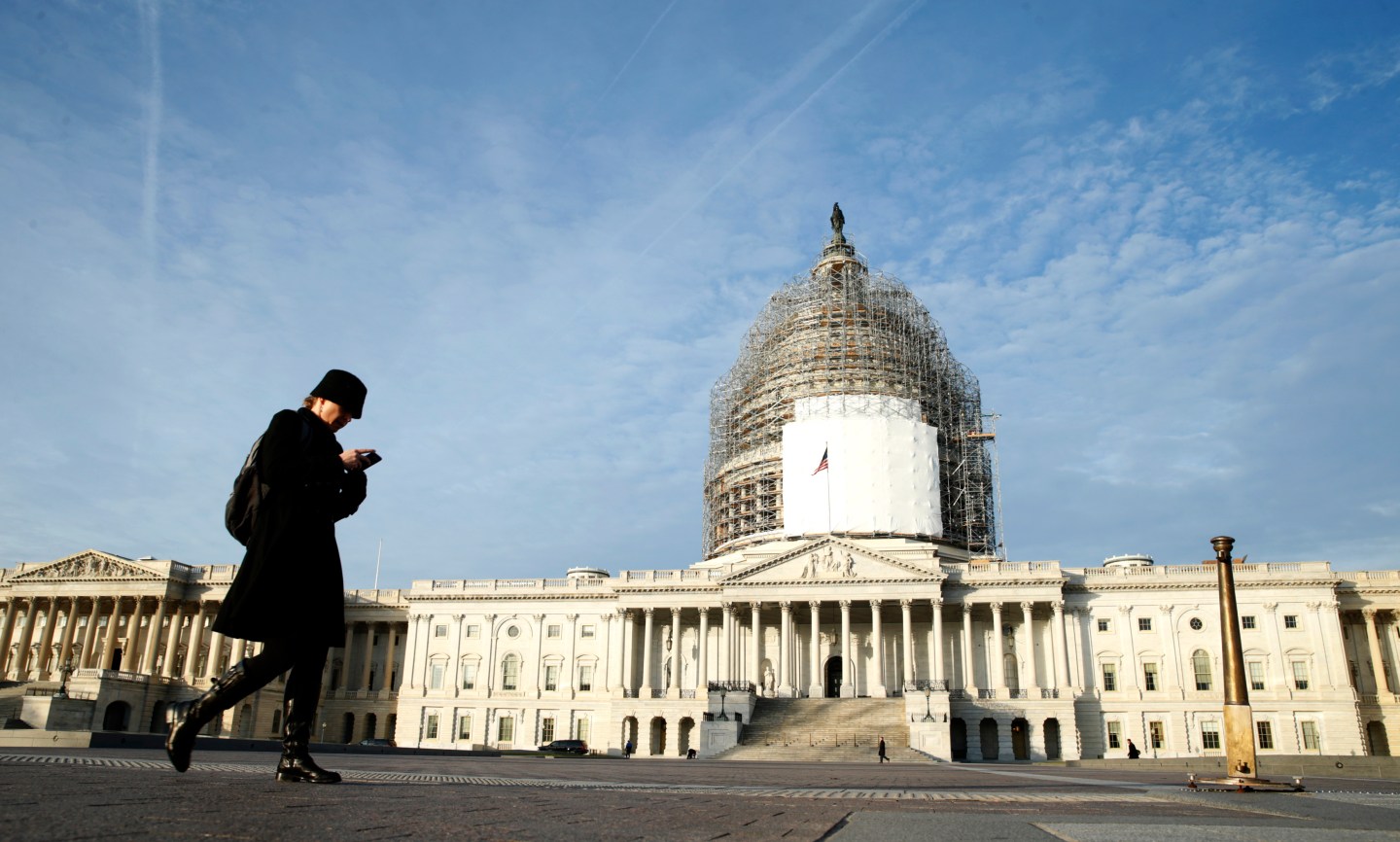 U.S. government agencies are moving to cloud computing and away from their own data centers faster than private corporations, according to several integrators and tech companies in both sectors.

That effort was meant to streamline government’s notoriously inefficient technology scene, which encompassed far too many duplicative systems that were hard to manage and led to long delays in getting anything done. The goal of Cloud First was to cut that waste and help agencies deliver constituent services faster.

“These inefficiencies negatively impact the Federal Government’s ability to serve the American public,” wrote Vivek Kundra, then the U.S. chief information officer, in his introduction to the program.

Agencies that run their own IT gear must deal with hardware, software, networking updates, patches, and data center security—all resource-intensive-but-important workloads that an outside cloud vendor like Amazon (AMZN) Web Services or Microsoft (MSFT) Azure handles on behalf of their customers. If an agency can offload all that, it can focus on the specific features and capabilities it needs to provide.

Cloud First was announced in February 2011, but the wheels of government grind slow. Two years ago, cloud adoption was still sluggish in government accounts.

Twelve months ago, tech professionals at government agencies still spoke frequently about non-cloud implementations, explains Justin Langseth, chief executive of Zoomdata, which offers data analytics visualization services that run both in-house and in the cloud. The difference now is that while some agencies will hold onto some legacy systems, “everything new and interesting is going to cloud,” says Langseth.

Kenneth White, an IT consultant who does a lot of work for government accounts, sees the same thing.

“The original mandates came down a couple of years ago, but really kicked in hard last year. There are now ‘pre-qualified’ clouds (AWS, Azure, Google (GOOG) Apps) and integrators like CGI Federal and HP that have both contract and security things in place to make it easier for agencies to choose them,” says White, who is senior vice president of research and development for Dovel Technologies.

“All of these agencies have a ton of data, and it’s too expensive for any individual group or office to develop its own infrastructure to host that data,” says Jim McGinn, chief technology officer for Blue Canopy, an IT consultancy and systems integrator that works mostly with government accounts. “The economies of scale that led the commercial world to consolidate around a couple big cloud providers is also driving government agencies to do the same thing.

The CIA’s choice of AWS to build its secure cloud in 2013 helped boost other agencies interest in using public cloud—basically renting the computing, storage, and networking capacity they need to use as opposed to building more of their own data centers. The NSA, on the other hand, decided to build its own secure cloud from scratch.

Consultants and integrators that set up technology for customers also report a boom in proposals for big data analytics and soaring interest for deep learning and natural language processing in order to help automate the analysis of vast troves of information.

“You can’t have a human being look at all this data. They have to enable software to sift through the data for them. That’s a huge trend,” argues McGinn. Government agencies all employ analysts and people with subject matter expertise (think Homeland‘s CIA agent Carrie Mathison), but who are not necessarily experts in data analytics.

New easy-to-use tools like Zoomdata and Tableau (DATA) pooled with terabytes of data to parse could help federal officials ask questions that they never would have been able to in the past when it could take months to request and get resources for a given project.

Rodrigo Fontecilla, vice president of global services for Unisys (UNISYS), a government system integrator, sees a significant uptick in requests for big data analysis projects. “The government is realizing that it’s not easy to implement these solutions themselves,” he notes.

The availability of all that data also spurred demand for natural language processing, machine learning, and artificial intelligence to examine data for patterns and anomalies.

All of these trends have come together to create a cloud boom in government, where it seems that the gatekeepers who used to worry about losing control of their infrastructure (a.k.a. “server huggers“) have given up the ghost and are moving on faster than their colleagues in private industry.

Langseth remarks, “It’s like the government has accelerated beyond what enterprises are doing.”

This story was updated to list the component parts of Microsoft Cloud for Government.