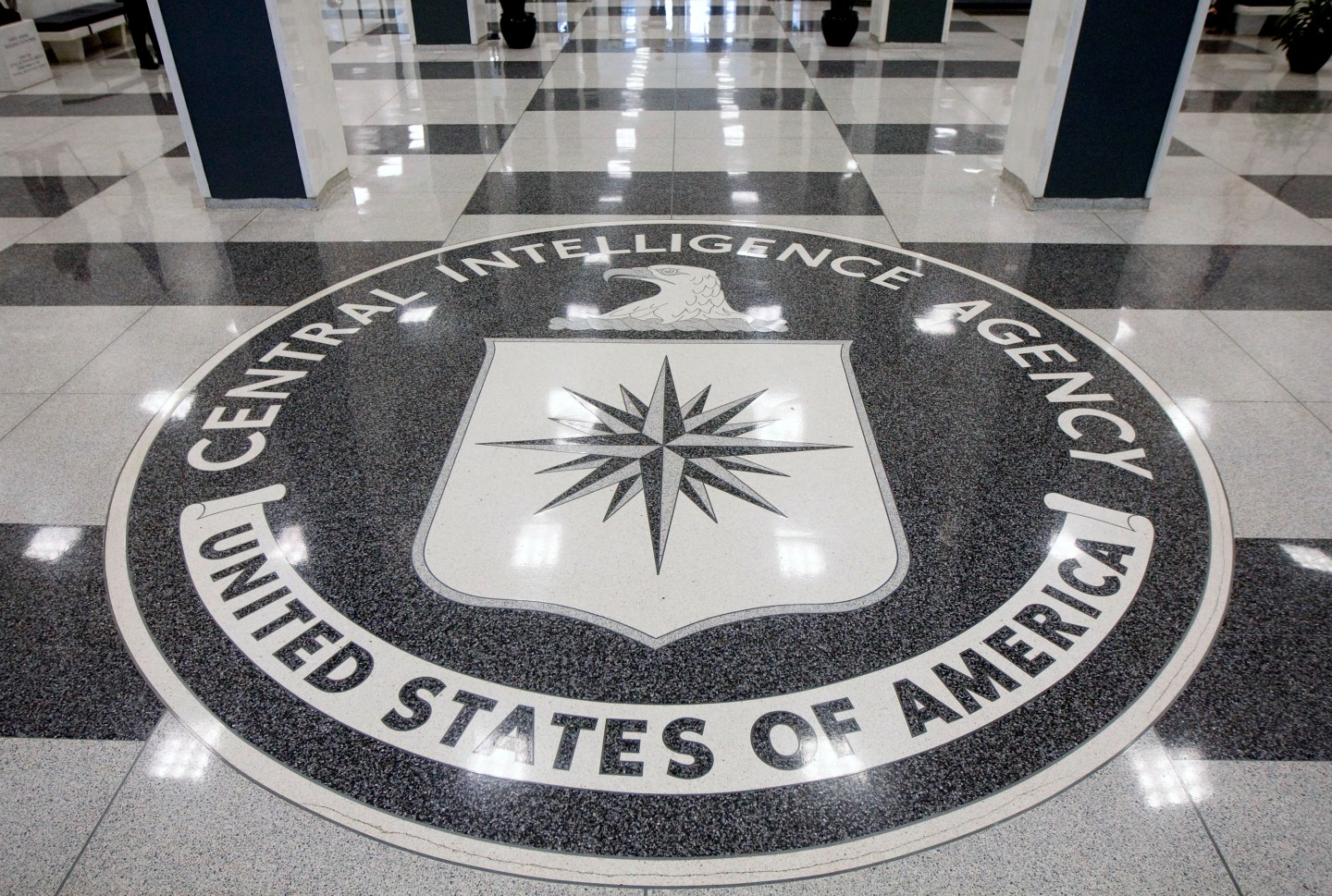 UNITED STATES - SEPTEMBER 18: The seal of the Central Intelligence Agency is displayed in the foyer of the original headquarters building in Langley, Virginia, U.S., on Friday, Sept. 18, 2009. CIA Director Leon Panetta said this week he never contemplated resigning over a newly begun Justice Department inquiry into tactics used during interrogations of terrorist suspects. (Photo by Andrew Harrer/Bloomberg via Getty Images)
Photograph by Andrew Harrer — Bloomberg via Getty Images

U.S. intelligence agencies moving from legacy systems to new cloud computing infrastructure built by Amazon(AMZN) Web Services are pretty happy about it thus far, according to a report in NextGov.

Speaking at an AWS-sponsored conference Friday, Alex Voultepsis, chief of the National Security Agency’s Engineering and Planning Office said the new cloud is helping agencies “stuck in heritage systems” start moving to the new C2S cloud, according to the report. C2S is shorthand for the commercial cloud services contract that resulted in the new cloud which started going live last August,

The use of a single set of infrastructure improves security over using older multiple data centers, speakers said. Jason Hess, cloud security manager for the National Geospatial-Intelligence Agency, the first of 17 agencies to put an application in the new cloud, said consolidation means less complexity, which makes the infrastructure easier to protect.

Two years ago, the CIA selected AWS to build and run a special, secure cloud to be used by 17 intelligence-related agencies, in a contract valued at $600 million. That was a watershed event for Amazon, the leader in public cloud services. Many companies with regulatory and compliance concerns resist the notion of using public cloud infrastructure, in which resources are typically shared by many customers, although Amazon cordons off sections of its public cloud for use by select customers.

But, as Amazon senior vice president of web services Andy Jassy told Fortune recently, news of Amazon’s selection by the CIA gave other security-conscious companies cover to follow suit. “They would say ‘well, if the security and performance is good [enough] for the CIA, then it’s probably good enough for us,'” Jassy said.

And, the fact that AWS beat out IBM(IBM) despite submitting a higher bid for the work, must have been especially sweet for the company.

The use of a single set of infrastructure versus multiple older data centers actually boosts security, conference speakers said. Jason Hess, cloud security manager for the National Geospatial-Intelligence Agency, the first group to put an application in the new cloud, said consolidation means less complexity, and less complex infrastructure is easier to lock down.

Old-school IT people are often referred to as “server huggers” because they feel that if they own and control their hardware, they can protect it better than an outside provider can. That is a perception that Amazon and other cloud providers have to combat.

None of this is to say there haven’t been hiccups. Kristine Guisewite, information system security engineer at defense contractor Raytheon(RTN), cited some issues with autoscaling, a feature that turns machines on and off based on demand, but she expects fixes within six months.