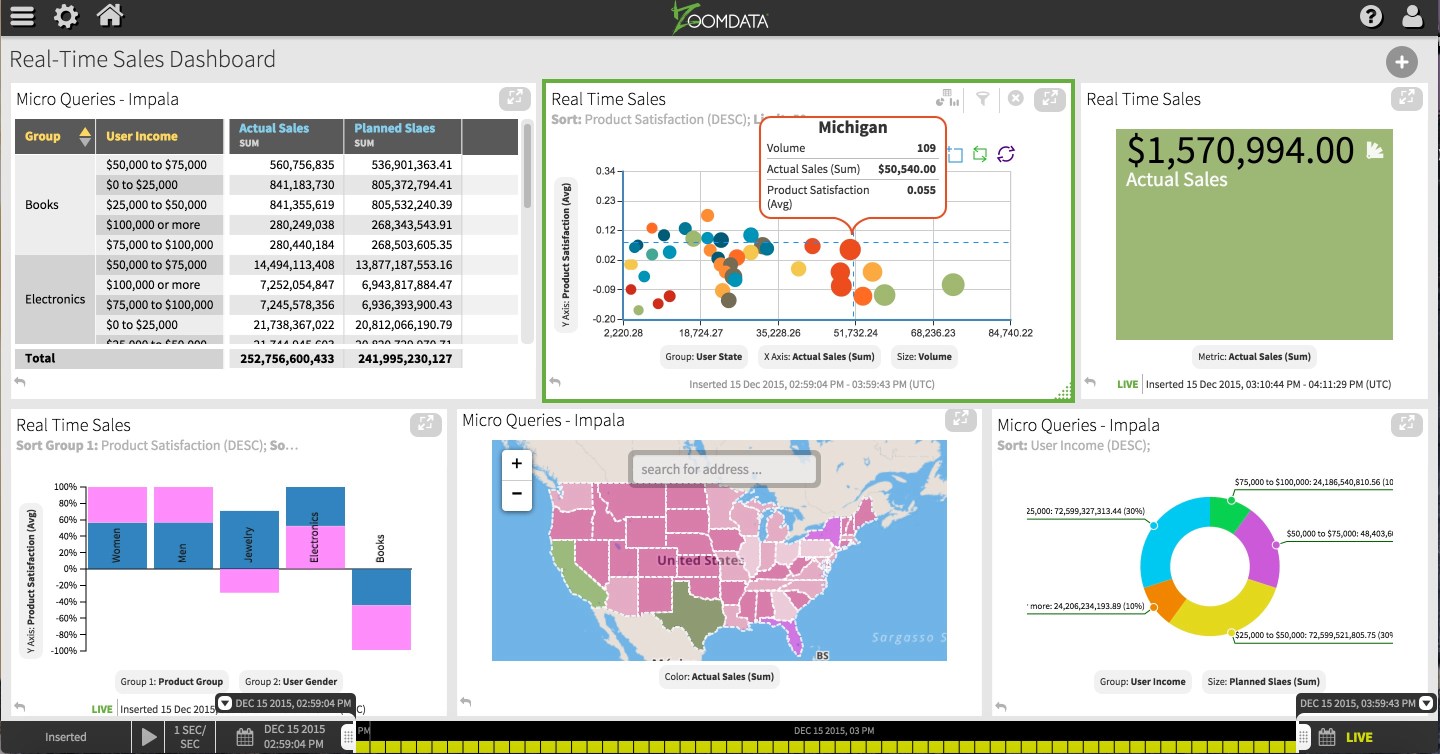 Since many companies that have long used Oracle (ORCL) or SQL Server relational databases, which deal with the traditional rows-and-columns of data, are also turning to nonrelational (NoSQL) databases to handle other data types, having a single tool that can tap into all those sources is of interest.

Steady Progress for Business Analytics Even in a Tough Market

It’s worth noting that Amazon (AMZN) itself already announced QuickSight, a data analysis and visualization tool for its own sets of data. What’s more interesting is that QuickSight itself is reportedly a relabeled version of Zoomdata’s technology. Zoomdata had no comment.

Customers can pay $1.91 per hour to use Zoomdata for AWS—the charge is in addition to the hourly Amazon charges, which are billed separately. Or they can pay an annual fee that includes support.

How the U.S. is Using Big Data to Innovate Policing:

Zoomdata competes with companies like Tableau and QliqTech (QLIK), although Zoomdata proponents says it handles a wider variety of data sources and can query all of them directly without first having to clean up the data, a job traditionally handled by extract, transform, and load (ETL) tools like Informatica (INFA).