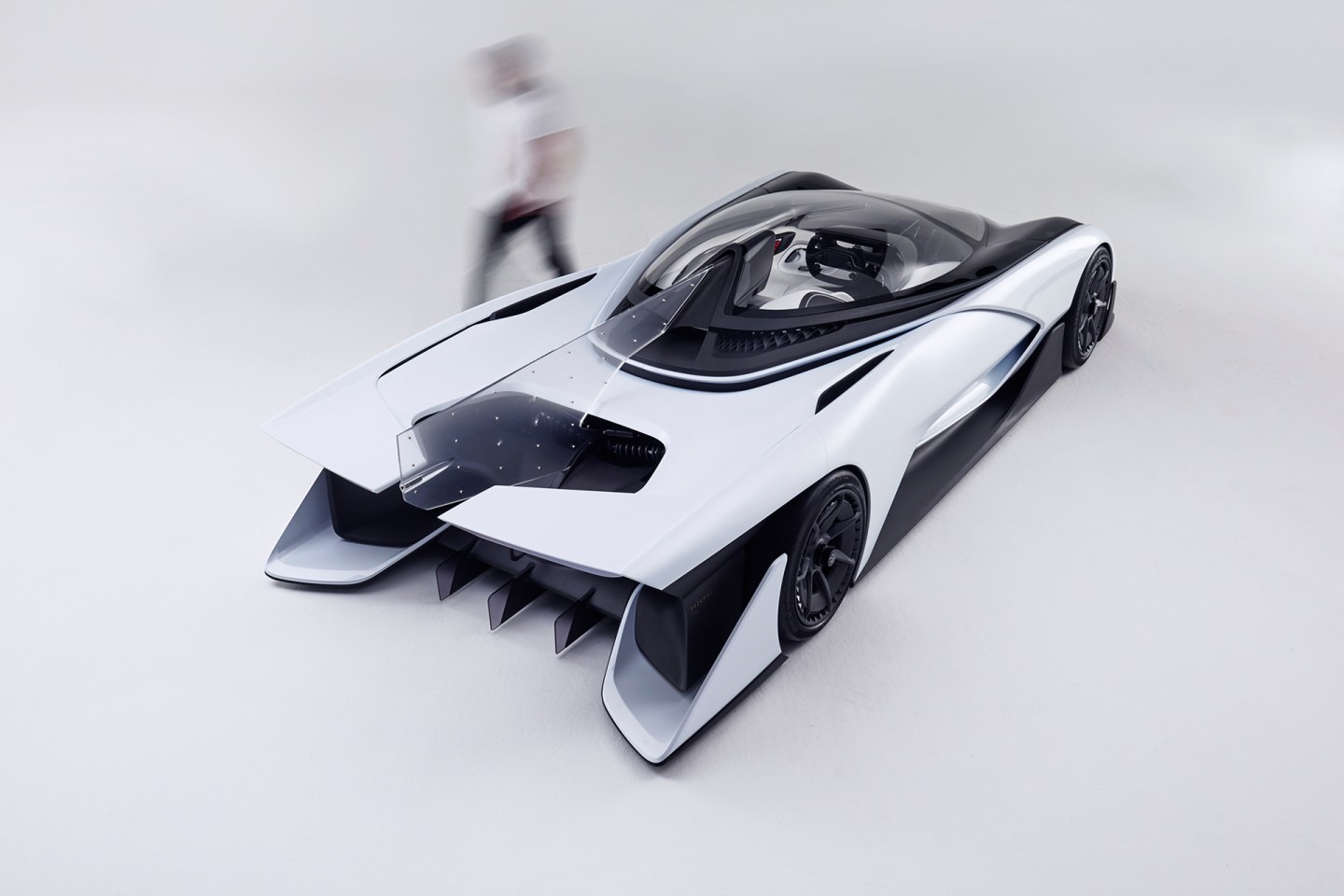 Electric vehicle concept from Faraday Future
Faraday Future
Apple’s ultra-secret self-driving car project has lost a key technologist to Chinese-backed electric car startup Faraday Future.
Bart Nabbe, who reportedly worked on computer vision, navigation, and artificial intelligence on Apple’s special projects team, has left for Faraday Future. He joined the company in late July as director of strategic partnerships of automated driving, a Faraday Future spokesman said.
Nabbe’s departure from Apple, reported by Electrek, marks the latest headwind for Apple’s not-so-secret plan to develop an all-electric autonomous vehicle. Steve Zadesky, who was believed to be leading the push, reportedly left Apple’s car project in January.
A string of problems including employee defections has caused Apple to delay its anticipated car debut from 2020 to 2021. Of course, Apple has yet to publicly acknowledge any of this—even whether it is considering making a car. But Tesla CEO Elon Musk has described the initiative, Project Titan, as Silicon Valley’s “worst-kept secret.”
Get Data Sheet, Fortune’s technology newsletter.
Nabbe, who is an industry-leader in self-driving car systems, will serve as a big resource for Faraday Future as it tackles the complex issue of automated driving, according to an emailed statement from the company. Faraday Future, with Nabbe’s help, is still developing and refining its autonomous driving plans, the spokesman added.
Nabbe’s expertise is in how autonomous things—not just cars, but robots too—perceive and plan their way safely around people and objects in the outside world, according to his LinkedIn profile. Self-driving cars typically use a combination of sensors to see, as well as artificial intelligence that handles the perception and learning parts. Nabbe is adjunct faculty member at Carnegie Mellon, a university that coincidentally formed a partnership with ride hailing service Uber last year— only to watch 40 of its faculty, researchers, and technicians join the ride-hailing startup’s new tech center there.
Nabbe worked in special projects at Apple for almost two years. Before Apple, Nabbe he served as a principal research scientist and assistant project manager for Toyota.
Nabbe’s hiring by Faraday Future is just the latest in an endless employment shuffle in the autonomous vehicle world. Apple has snagged employees from Tesla, which has grabbed its own fair share of skilled executives from tech companies like Google and automakers such as Audi. And Faraday Future is grabbing folks from all of them.
In June, Faraday Future lured longtime automotive industry executive Marco Mattiacci away from Ferrari. The electric vehicle startup also has a number of Tesla alumni in its ranks, including James Chen, its new vice president of government relations and general counsel, and Nick Sampson, the company’s senior vice president of research and development and engineering. Top managers in the company’s global supply chain, manufacturing, and human resources all worked at Tesla in its early years.