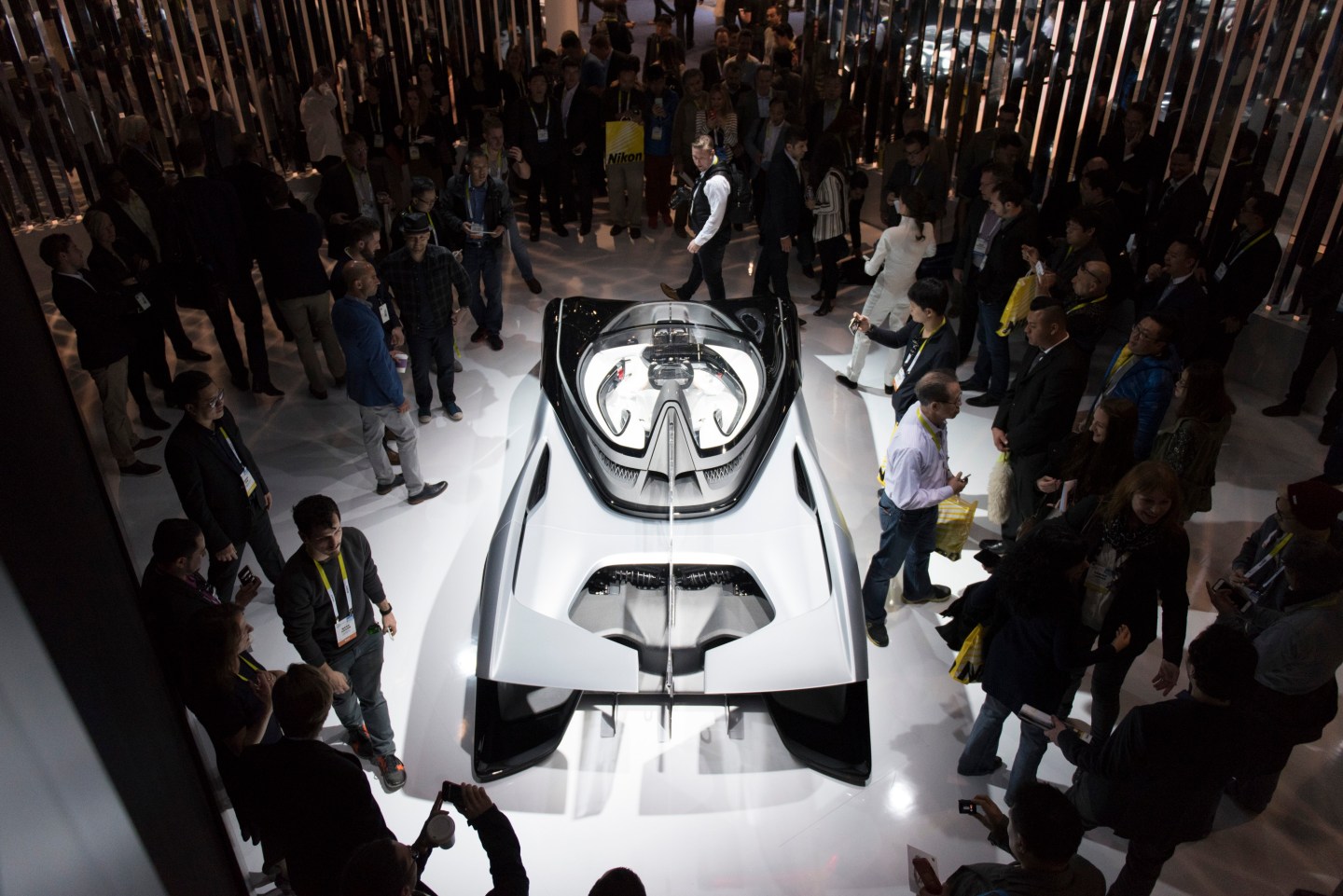 Faraday Future, the Chinese-backed electric car startup that wants to take on Tesla, has hired away the California-based auto maker’s head of government relations.

Faraday Future is in the midst of another hiring spree, primarily for a factory its building in North Las Vegas. The three million-square-foot factory is located on a 900-acre parcel at the Apex Industrial Park. The company, which held a groundbreaking ceremony at the site earlier this month, says it will invest $1 billion in the project and hire 4,500 people over a 10-year period as outlined in an agreement passed by Nevada lawmakers in December for $215 million in tax incentives.

Chen is part of a growing group of Tesla alumni to head over to Faraday Future. Nick Sampson, senior vice president of research and development and engineering at Faraday Future, was the former director of vehicle and chassis engineering at Tesla. The company’s global supply chain, manufacturing, and human resources all worked at Tesla in its early years. Most worked at other companies between their stints at Tesla and Faraday Future.

For Chen, the move appears to be motivated by Faraday Future’s approach to electric cars, and not because of any problems at Tesla.

“The vision of Faraday Future involves leveraging the electric vehicle platform in new ways that would appeal to a broad audience,” Chen wrote in an email. “I was attracted by the prospect of being part of a leadership team that wanted to make that vision a reality. This decision was not about Tesla versus FF, but how a new entrant could leverage the many benefits of electric drive technology and move it more rapidly into the market. ”

Just last week, Tesla filled the vehicle production position with longtime Audi executive Peter Hochholdinger. He will be responsible for scaling up production of the Model X crossover SUV as well a new version of the Model S sedan, and Tesla’s upcoming mass-market car, the Model 3.

Chen’s position will be equally important for Tesla to fill considering the many states where the automaker is facing off against dealerships and General Motors-backed lobbying efforts to keep it from selling its electric cars directly to customers.