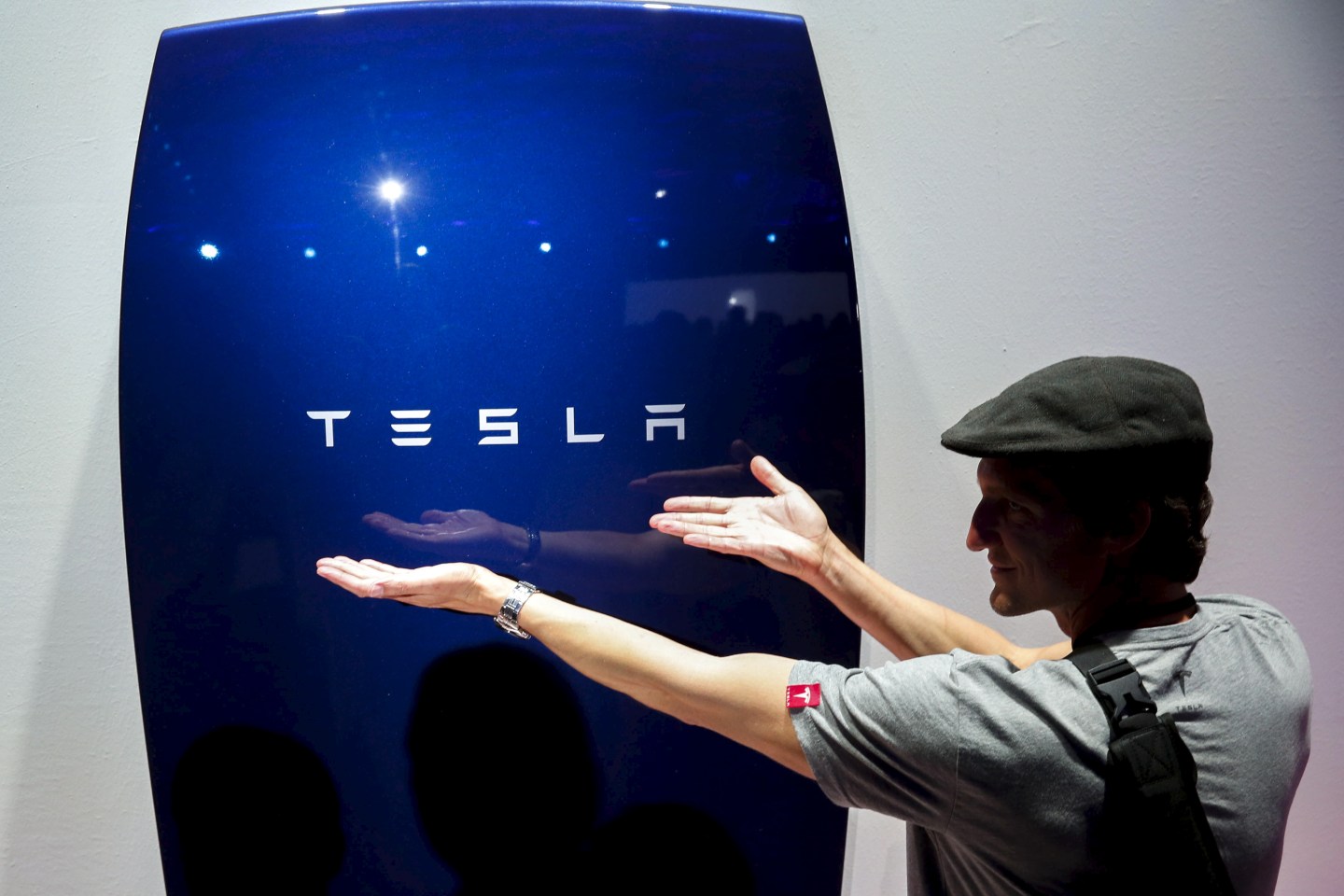 A little over a year ago, Tesla officially launched its grid battery business with a plan to make batteries that can store energy for buildings and the power grid.

But down the road, Tesla could also sell grid battery services, which would use software, smart algorithms, and data to control Tesla batteries to help utilities better manage the power grid.

At Tesla’s Gigafactory outside of Reno, Nevada this week, Tesla CEO Elon Musk responded to a question from a reporter and said, “I think we’ll get into grid services eventually. The goal of Tesla is to accelerate sustainable energy, so we’re going to take a step back and think about what’s most likely to achieve that goal.”

The current power grid has very little capacity for storage. When electricity is generated, it’s mostly transmitted and used—or wasted. But by adding batteries to various spots on the grid, next to clean energy farms, or in buildings, electricity can be stored in strategic ways.

Utilities can use batteries to deliver bursts of energy during peak power grid times, like a hot summer afternoon. That way, utilities can avoid building expensive and dirty peaker power plants, which are only turned on during peak times of grid use.

Batteries can also be paired with solar and wind farms, capturing energy when the sun stops shining and the wind stops blowing. In that way, batteries can make clean energy more competitive with fossil fuel power by enabling wind and solar to run around the clock.

Companies and building owners can also lower their monthly power bills by running buildings on battery energy during peak times of day when the energy rates are higher.

For a look inside Tesla’s Gigafactory, watch:

If Tesla (TSLA) ends up acquiring sister solar company SolarCity (SCTY) (the $2.86 billion offer was announced a month ago), then Tesla would immediately get into the grid services business.

But even without that deal, Tesla has already developed software that controls its batteries in various ways. Tesla’s algorithms can already help companies shift onto battery energy when electricity rates are high during peak times of day.

For example, at La Crema Winery in Northern California, Tesla batteries do exactly that—both storing energy from solar panels on the winery’s rooftop and shifting the winery’s buildings onto battery-power during expensive grid times.

Tesla’s eventual move into grid services could give pause to the handful of startups that have been building business off of buying batteries and selling grid services. These companies include Stem, Advanced Microgrid Solutions, Greensmith Energy, Greencharge Networks, and others.

Musk has emphasized repeatedly that the battery business for buildings and the grid could be as big as Tesla’s market for selling cars one day. At the Gigafactory event on Tuesday, he again made a similar assertion, saying that the growth curve for selling grid batteries was faster than the one for selling cars—despite the fact that Tesla’s car business is still much larger.