Martin Shkreli Gets the Okay to Face a Congressional Grilling 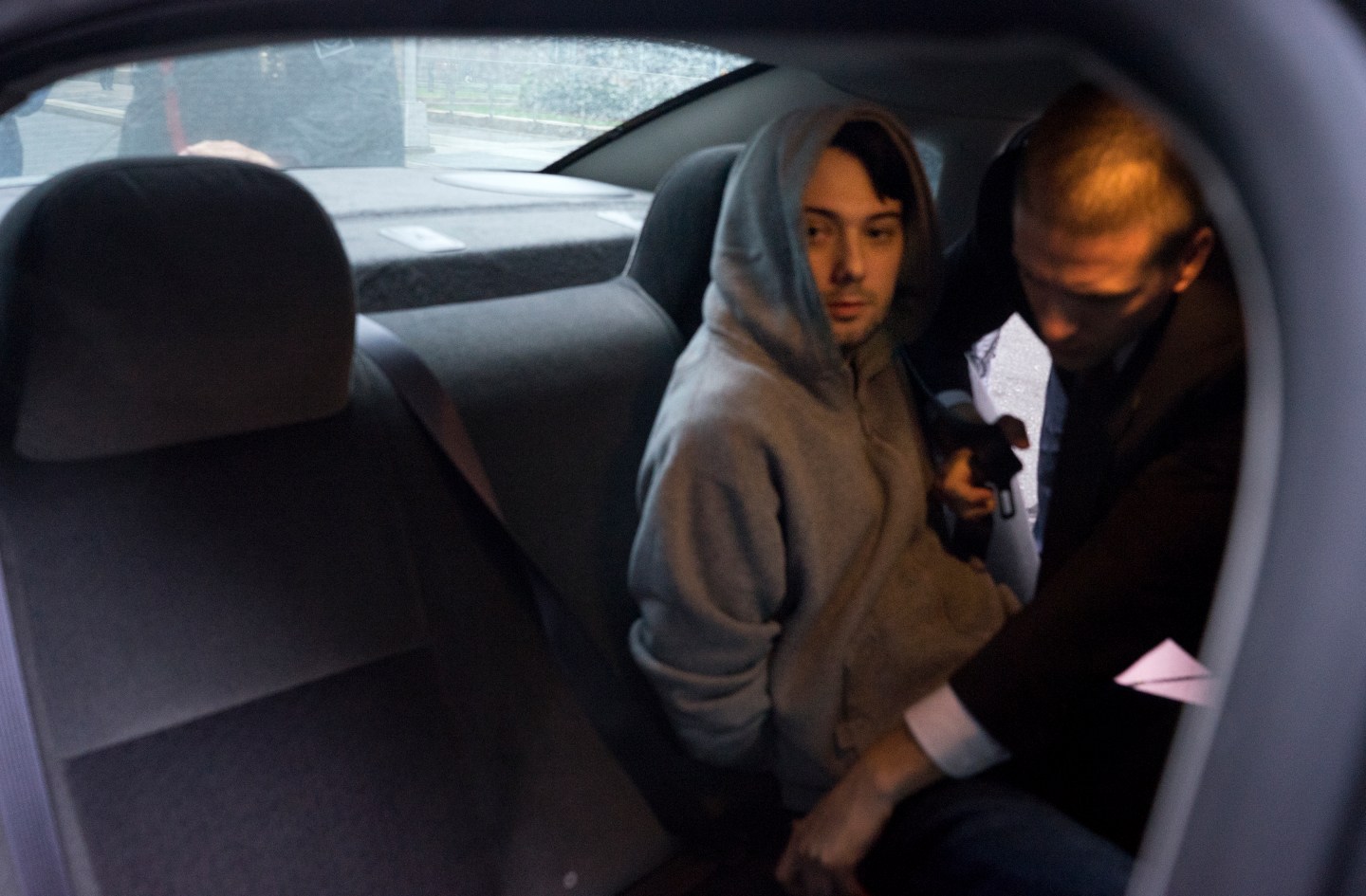 Martin Shkreli, the former hedge fund manager under fire for buying a pharmaceutical company and ratcheting up the price of a life-saving drug, is belted into an awaiting car after being taken into custody following a securities probe, on Thursday, Dec. 17, 2015 in New York. A seven-count indictment unsealed in Brooklyn federal court Thursday charged Shkreli with conspiracy to commit securities fraud, conspiracy to commit wire fraud and securities fraud. (AP Photo/Craig Ruttle)
Photograph by Craig Ruttle — AP

U.S. District Judge Kiyo Matsumoto in Brooklyn, New York modified Shkreli’s bail conditions so that he may appear by subpoena before the House Committee on Oversight and Government Reform.

Shkreli has said he plans to invoke his right against self-incrimination if he attends.

The hearing has been rescheduled to Feb. 4 from Jan. 26, following this weekend’s snowstorm.

Shkreli’s $5 million bail package had limited his travel to New York, prompting his lawyers to seek the judge’s “guidance” on how their client could comply with the subpoena.

In her order, Matsumoto admonished the lawyers that she “does not condone correspondence ‘seek the Court’s guidance,'” and that similar requests must be legally supported.

Marcus Asner, a lawyer for Shkreli, did not immediately respond to requests for comment.

Shkreli, 32, stepped down last month as CEO of Turing Pharmaceuticals Inc following his arrest for allegedly defrauding investors in two hedge funds he once ran.

The House committee has said it wants to hear Shkreli discuss Turing’s decision to boost by more than 5,000% the price of Daraprim, which has been used for decades to treat a potentially deadly parasitic infection.

Shkreli has achieved a degree of notoriety for defending the price hike, and for a brashness that has included maintaining an active presence online, including on Twitter, even after the criminal charges were announced.

While the criminal case is unrelated to Turing, Shkreli’s lawyers have expressed concern that letting their client testify may expose him to criminal liability.

Citing his lawyers’ advice, Shkreli said in an unsworn declaration on Jan. 21 that he will say nothing to Congress “other than to identify myself and then assert the Fifth Amendment Privilege,” or the constitutional protection against self-incrimination.