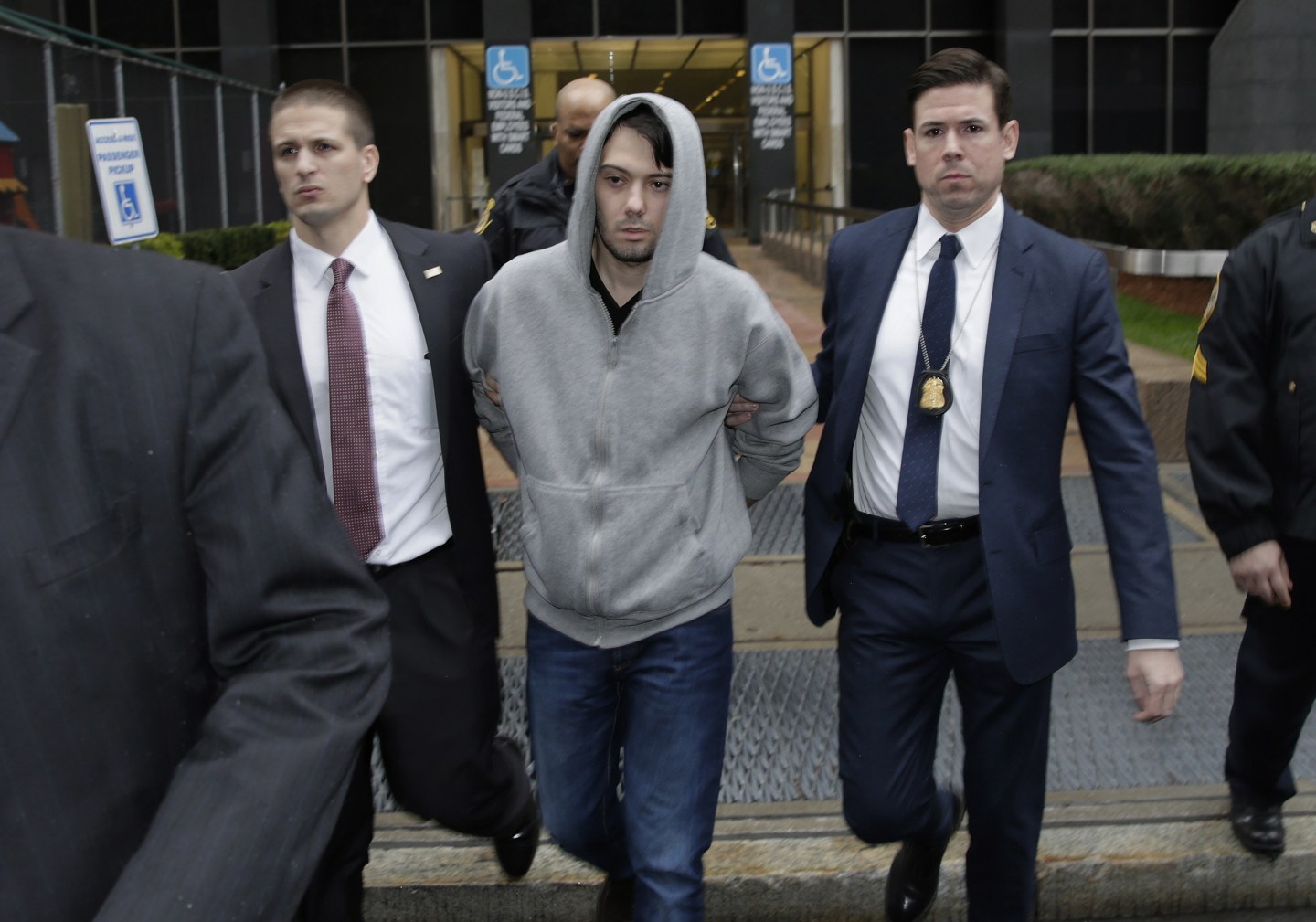 There’s an old adage among short-sellers: “He that sells what isn’t his’n, must buy it back or go to prison.” Forgetting that simple rhyme may have been the undoing of Martin Shkreli, the biotech short-seller turned controversial CEO of Turing Pharmaceuticals who was arrested Thursday.

Shkreli was indicted for securities fraud and conspiracy in a series of dealings that federal prosecutors likened to a “Ponzi scheme.” After racking up losses while running hedge fund firm MSMB Capital Management, which made bets against biotech stocks, Shkreli formed a biotech company of his own called Retrophin (RTRX) in 2011. He effectively used the company as his own personal piggybank to pay back his and the MSMB funds’ debts, according to the charges brought by the FBI and a separate SEC complaint. (None of the charges mention anything about Shkreli’s infamous drug price hikes at his new company Turing.)

The original downfall of the funds came down to one stock, according to the indictment: Orexigen Therapeutics (OREX). To short biotech stocks, Shkreli would have had to borrow shares in biotech companies, sell them, and ideally buy them back and return them at a lower price in order to pocket the difference. What he supposedly did wrong: The indictment says that in 2011, Shkreli sold short 32 million shares of Orexigen—but he never actually borrowed all of them. The MSMB fund “failed to locate” the rest of the shares it owed, taking a loss of more than $7 million.

“Shkreli essentially ran his companies like a Ponzi scheme, where he used each subsequent company to pay off the defrauded investors in the prior company,” U.S. Attorney Robert Capers told the press in a statement after Shkreli’s arrest.

Out of money, Shkreli’s hedge fund stopped trading the same month of the failed Orexigen bet, the charges state. But almost a year later, in 2012, Shkreli was still telling his investors that they’d “doubled their money,” when in reality they’d lost everything. Around the same time, Shkreli founded Retrophin, and according to the indictment, he immediately began siphoning that company’s assets, diverting $11 million in cash and stock to himself and his hedge fund shareholders.

He did this by arranging meritless “settlement agreements” and “sham consulting agreements” with his fund investors, who did not actually do any “legitimate” consulting, the indictment states. And upon seeing a share transfer contract falsely backdated with “clearly visible redacting tape,” one accountant responded simply in an email: “WT….F.”

Federal prosecutors even suggest that Shkreli may have had an indirect role in bringing down the economy in 2008, contributing in a small way to the collapse of Lehman Brothers. In fact, MSMB wasn’t the first hedge fund he ran into the ground, having “lost all the money” in a previous fund that still owed Lehman $2.3 million in 2007, a court ruled at the time. Of course, Shkreli didn’t mention any of that to his investors in the later fund, the indictment notes.

Shkreli is free on a $5 million bond, which is more than twice what he recently paid for a deluxe copy of the Wu-Tang Clan album Once Upon a Time in Shaolin. His arrest comes just a day after a published interview with the website HipHopDX in which he sounded off on everything from his business practices to the Wu-Tang Clan to Taylor Swift in colorful language that most CEOs wouldn’t use on the record.