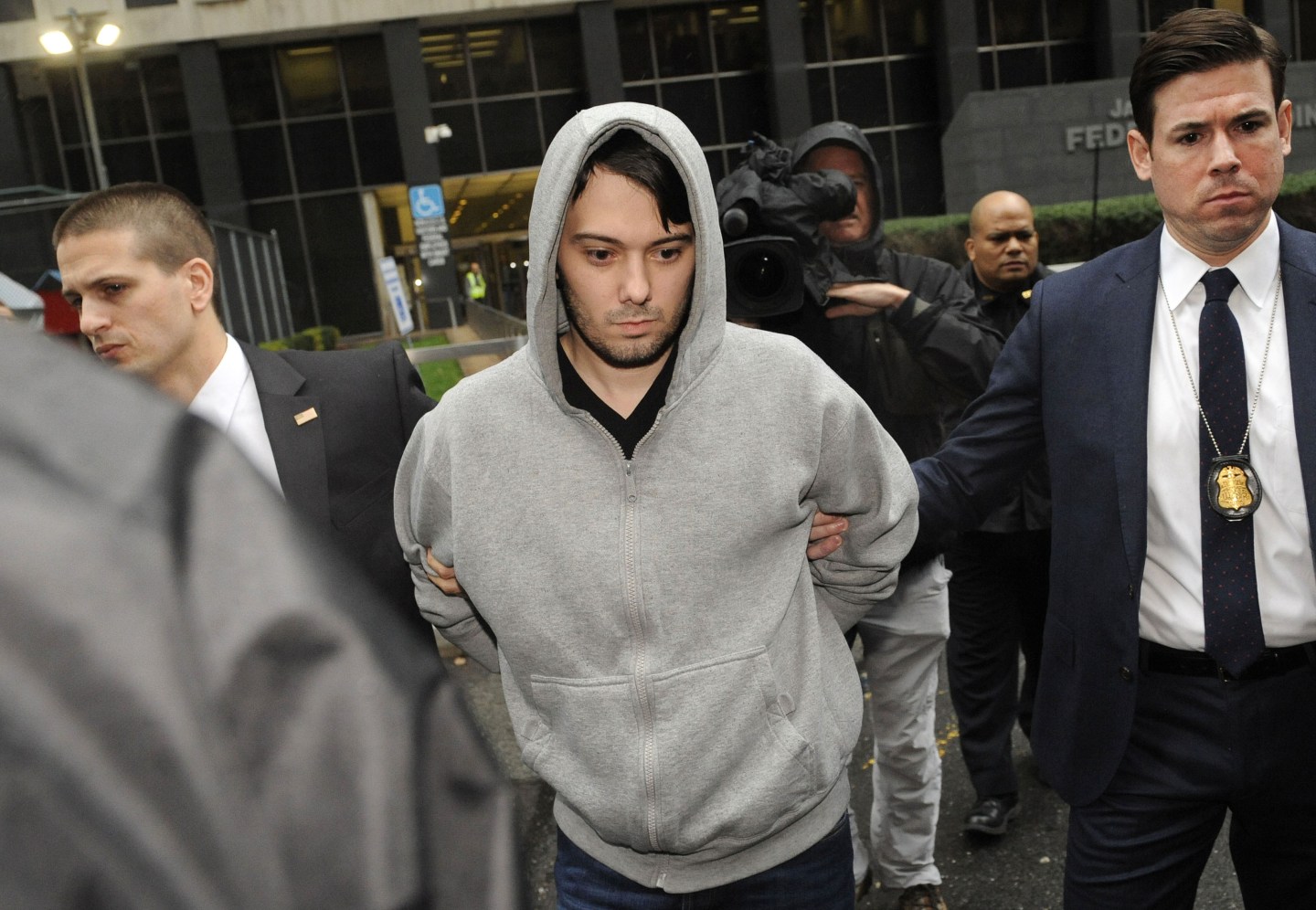 Lawyers for former Turing Pharmaceuticals executive Martin Shkreli have asked a U.S. federal judge for guidance on a demand by lawmakers that Shkreli appear at a hearing on Tuesday, writing that if travel restrictions on him are not lifted, the congressional subpoena should be blocked.

Lawyers for Shkreli sent a letter to U.S. District Judge Kiyo Matsumoto in Brooklyn late on Friday laying out the conflict between them and the U.S. House Committee on Oversight and Government Reform over Shkreli’s attendance.

Shkreli, 32, stepped down last month as chief executive of Turing Pharmaceuticals after his arrest on securities fraud charges.

The Oversight Committee says it wants to hear testimony from Shkreli about Turing’s decision to raise the price of lifesaving medicine Daraprim by more than 5,000%. Shkreli says he should be excused from going to Washington because he plans to invoke his right against self-incrimination and refuse to answer questions.

Under his conditions for pre-trial release, Shkreli is also required to remain in parts of New York State, although he could ask for a travel waiver.

If he does not appear at the hearing, though, lawmakers have threatened to seek criminal contempt charges against him.

The letter on Friday did not ask for a travel waiver for Shkreli, but the lawyers wrote that if Shkreli “may not leave” New York, “then we respectfully request that the court accept this letter as a motion to quash or to stay the subpoena.”

A committee spokeswoman could not immediately be reached for comment on Saturday.